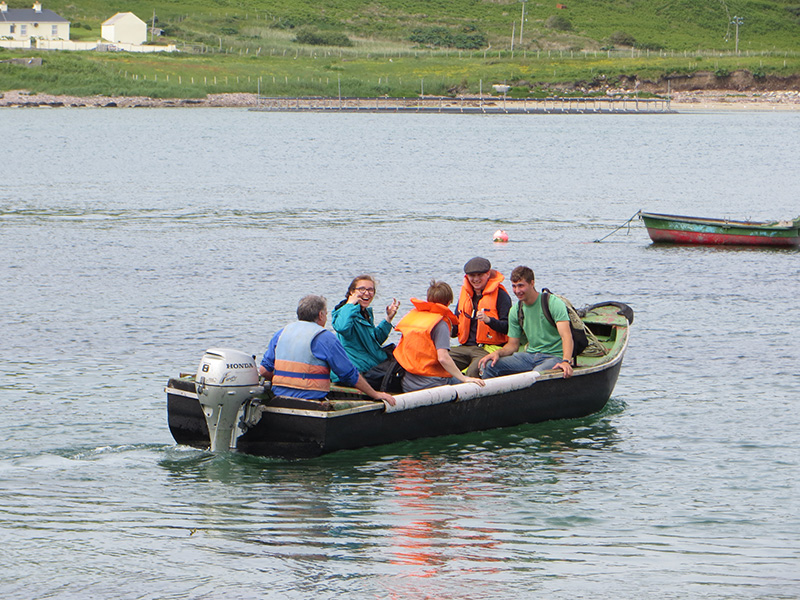 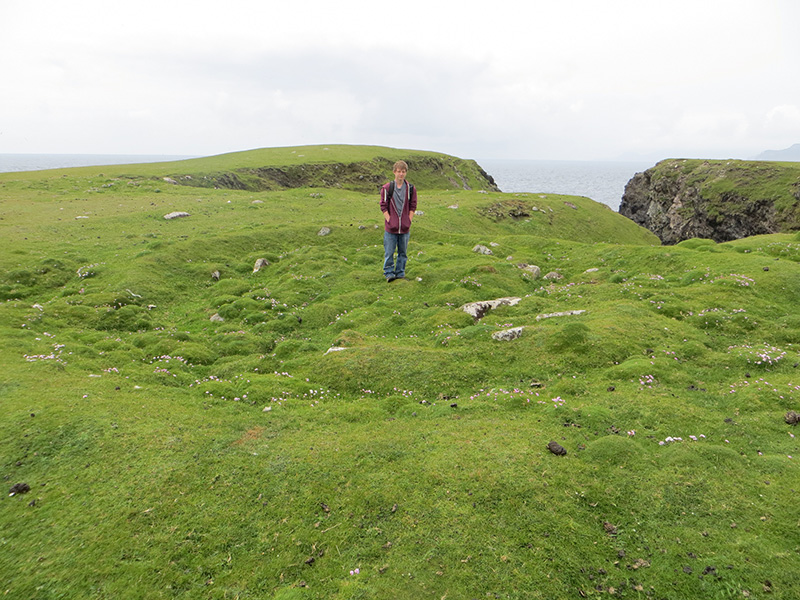 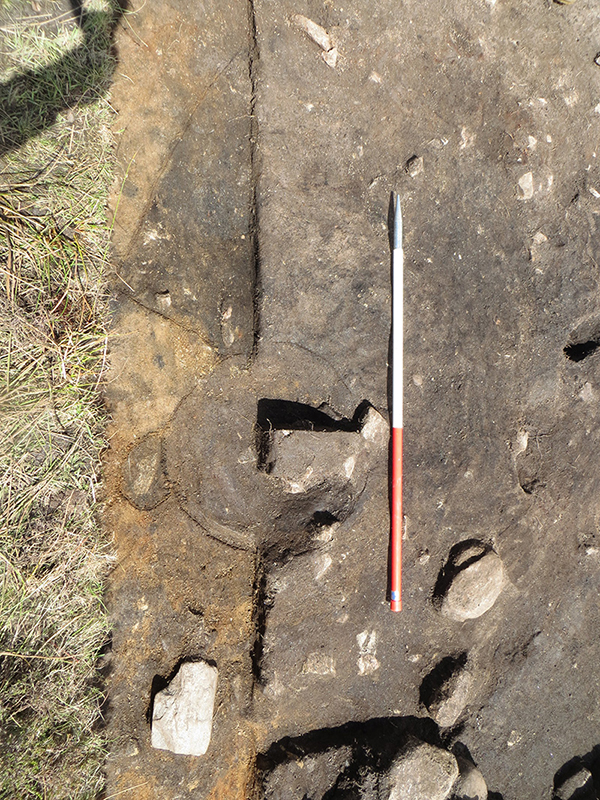 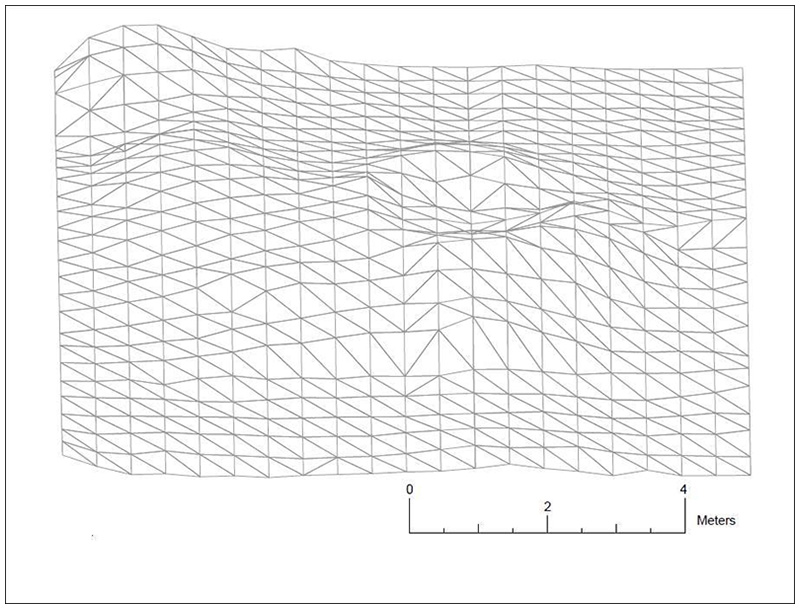 On Monday morning the team in Quadrant 1 finished  removing the orange soil deposits at the south of the mound, up as far as the section line, but encountered a large charcoal deposit in the north western part of the trench overlying the mound material which had been covered by some collapsed stones. This had to be recorded before it could be removed and so the excavation halted whilst a second mid-excavation plan was started. In Quadrant 4 the team began carefully removing the slumped soils from across the middle part of the trench, which revealed a really intriguing charcoal rich soil that contained lots of rounded stones that must have been brought up to the site from the coast, and lots of heat-shattered fragments of exactly the same sort of stones.

On Tuesday the team in Quadrant one soldiered on with their second mid-excavation plan throughout the morning and were able to complete a topographic survey of the trench in the afternoon. In Quadrant 4 the team continued carefully removing the slumped material to expose more of the charcoal rich deposit with the heat shattered stones. By the end of the day they had exposed it right up to the northern edge of the central building and we began to discuss the possibility that the deposit represented hearth debris being thrown out of the entrance of the building to build up in the area immediately to the north.

On Wednesday the field trip was to the small abandoned island of Achillbeg, which lies just off the southern tip of Achill Island and which we journeyed to in a Currach, a traditional boat that is still very popular in the area. The island was abandoned in the 1960’s and the evocative ruins of the cottages of the former inhabitants ring the coast and central valley of the island. The most spectacular site on the island is the massive Promontory Fort, Dun Kilmore, which is so large that the defences easily encompass a later Early Medieval enclosure, which is thought to have been a circular ecclesiastical site. We also visited a second smaller promontory fort and a Midden site that probably dates to the Iron Age. Returning to the mainland we paid a visit to the Late Medieval Tower House /Castle at Kildavnet, and the adjacent Church site and graveyard.

On Thursday the team in Quadrant 1 began to record the individual contexts that they had identified in their area of the site, filling in various parts of the site archive, in particular the context sheets for the overlying peat and soil deposits. The team in Quadrant 4 began preparing the second mid-excavation plan of the trench, once all of the slumped material had finally been removed.

On Friday we spent the whole day in the Computer Lab at the Field School buildings in Dooagh, where the students learned how to take the plans we had made on-site and to digitise them using AutoCAD and Photoshop to produce professional looking black and white and colour versions of the plans. We also took the opportunity to run the first set of results from the topographic surveys through AutoCAD and produced a nicely rendered 3D model of the surface of the western half of the site prior to the excavation. It will certainly be interesting to compare this model with the results from the subsequent topographic models taken during the excavation when these become available later in the summer.