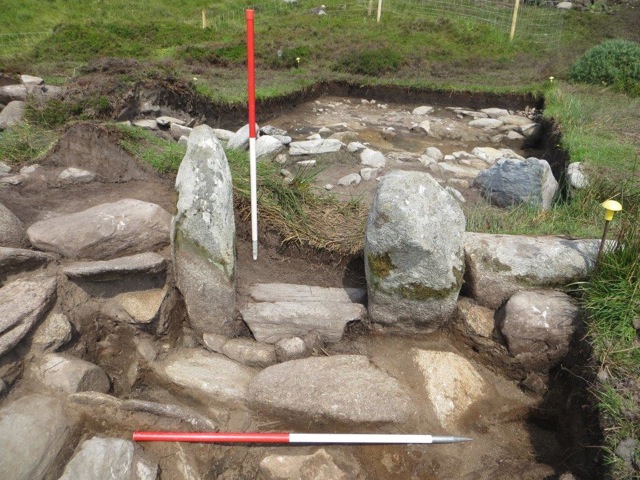 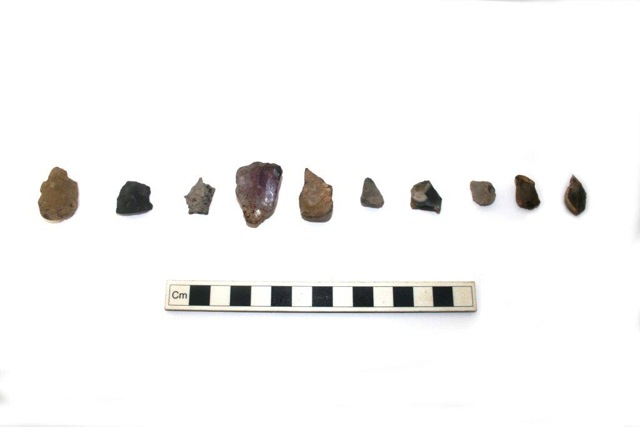 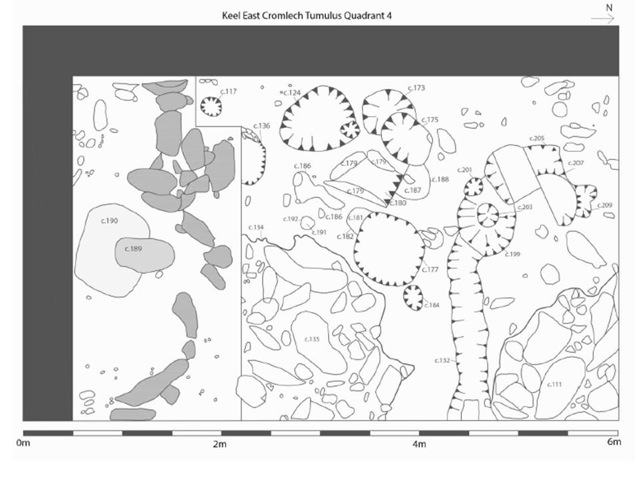 The 2014 field season ended a little over two months ago and although it really was a terrific year with some great results from the excavation, a lot of post ex work needed to be completed by the end of September. All of the data collected throughout the summer must be written up in what is termed an Interim Report and submitted to the National Monuments Section of the Department of the Environment and the National Museum of Ireland who are custodians of Irish Heritage material and responsible for the issuing of excavation licences, without which excavation cannot take place. The post excavation report writing, covering the excavation at the Cromlech Tumulus site and the excavation of the Pony Graveyard that we worked on in the springtime – that we will tell you more about in a future post – was completed in September and submitted to the relevant authorities. We would like to mention that our Trainee Supervisor Lauren Sibigtroth put a huge effort in during September to process and finish off the digital versions of the site drawings and without her effort the reports would simply not have come together so well in such a short space of time. The Director of Fieldwork, Stuart Rathbone, relocated to America in October but the good news is that he will be back to finish off the excavations at the Cromlech Tumulus in 2015 and in the meantime if any organisations/Universities in the USA would be interested in hearing about the work of the Achill Field School he is available between now and April, so feel free to contact us if you would like to have him call by for one of his famously entertaining presentations!

Work at Achill Archaeological Field School continues on a number of fronts. Since Stuart headed away the Director of the Field School, Dr Theresa McDonald and a small team of assistants have been tremendously busy processing the huge amount of data that was recorded during the Bunnacurry Graveyard Survey during the final week of the 2014 field season. It is always impressive when a small team can record so much high quality data in a short space of time, but the amount of work involved in processing that data is seldom seen and therefore seldom properly appreciated. Dr McDonald is working with Dr Patricia Murrieta Flores of the University of Chester in the UK who is helping us turn the data into an interactive map of the graveyard. This will be something of a first for Ireland, and we will be writing more about that project at some point between now and the start of the 2015 season. Our website www.achill-fieldschool.com has been updated with our schedule and courses for 2015, although we are hoping to have undertaken a more radical overhaul of the website by early spring.

The methodologies to be used at the two main excavations next year are being devised. And yes, we have decided to undertake two large excavations in 2015! The first of these will involve a return to the Cromlech Tumulus site to finish of the partially excavated quadrant at the north west of the site, and then to extend the excavation area to the east in order to examine the smaller stone built structures we can see in this area. It is believed that this work will allow for a solid interpretation of the site to be presented and that the remainder of the site can then be left undisturbed. Excavations will be taking place at the Cromlech Tumulus site between the 18th of May and the 4th of July. In the mean time we are just about to send off the first batch of C14 samples for analysis so in a few months the date of the site will finally be established, which will be a very nervous wait for both the staff and the students who worked on the site.

Between the 6th of July and the 29th of August the Field School will be moving focus to the very western end of the island, where work will begin at one of the large rectangular house foundations in the lush pasture of Keem Bay, one of the most scenic sites on Achill and a magnet for the thousands of tourists who flock to Achill in summer. These buildings were subject to a brief examination by the Field School in 2009, which confirmed their surprisingly excellent state of preservation but which left many questions unanswered, in particular in regard to their date. Local accounts, cartographic evidence and the artefacts recovered during the brief 2009 excavation all confirm that these buildings were in use during the early 19th century. However we have very little idea when they were built and if they belong to the 18th century or to an even earlier period than that. Whatever the dates of the buildings are eventually found to be we can be certain that the excavation is going to be an absolute blast to work on and they will be taking place in one of the most gorgeous locations in the whole of Ireland.

Finally we would just like to say a really big thank you to all of the students who came to work with us during 2014. They came from the USA, Canada, South America, Poland, Holland, Italy, Scotland, England and Ireland. Not only did their hard work allow us to have a really successful season in terms of the work done, we also had a lot of fun on a social level hanging out with them at various venues on Achill. A number of students have expressed interest in returning to the Field School as Trainee Supervisors in 2015 and we look forward to welcoming them back to Achill.

Best of luck to you all! Stuart, Theresa, Lauren and Dolores.