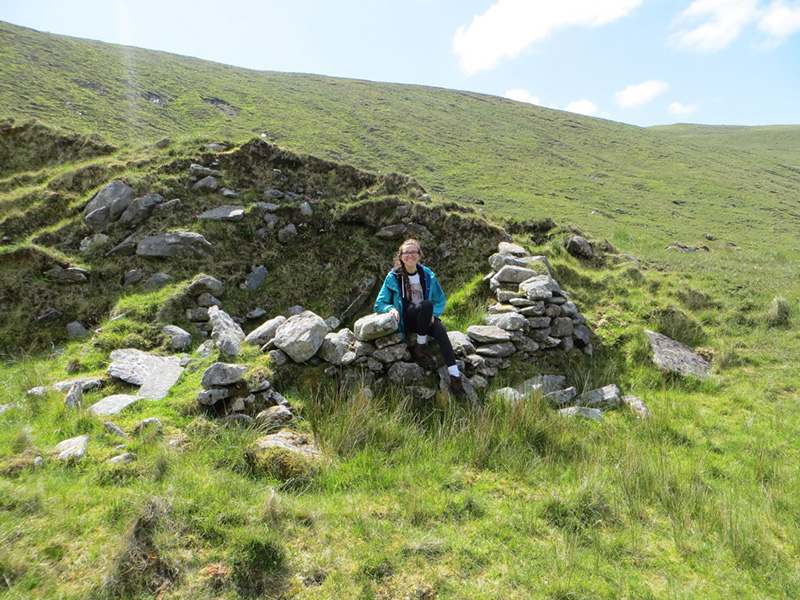 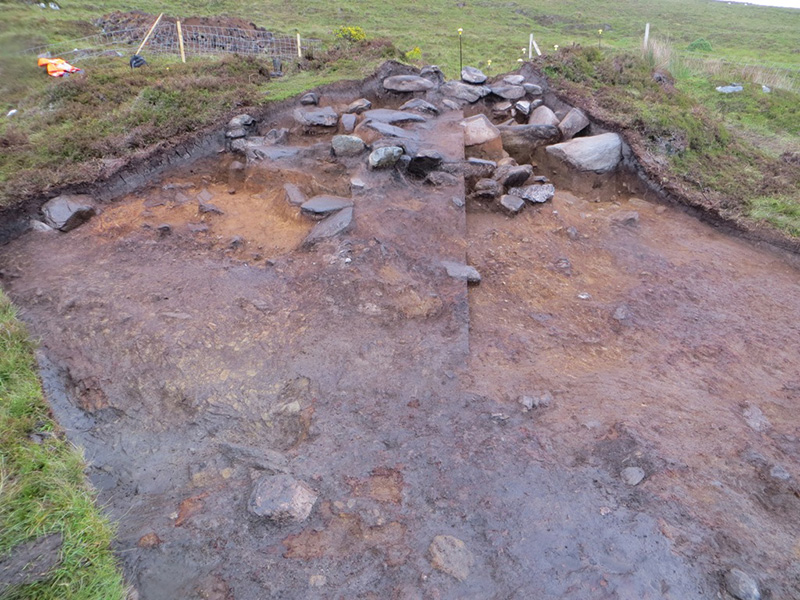 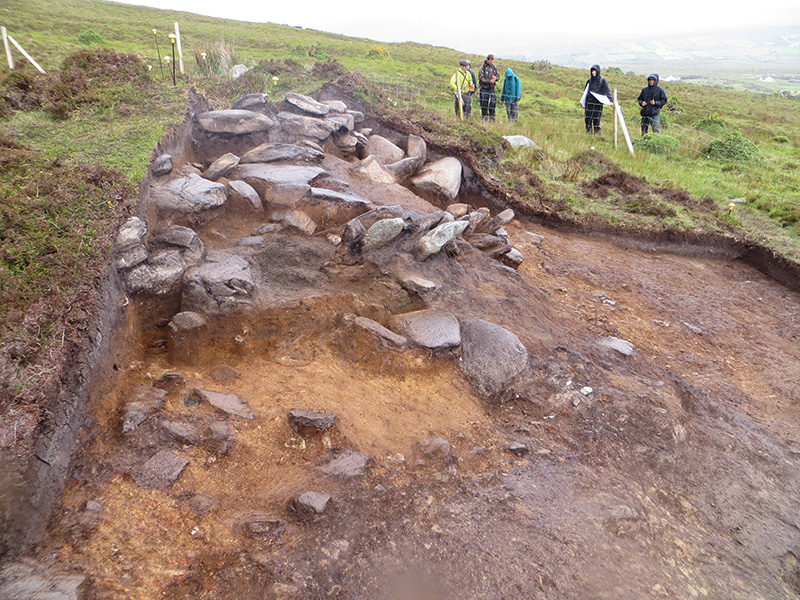 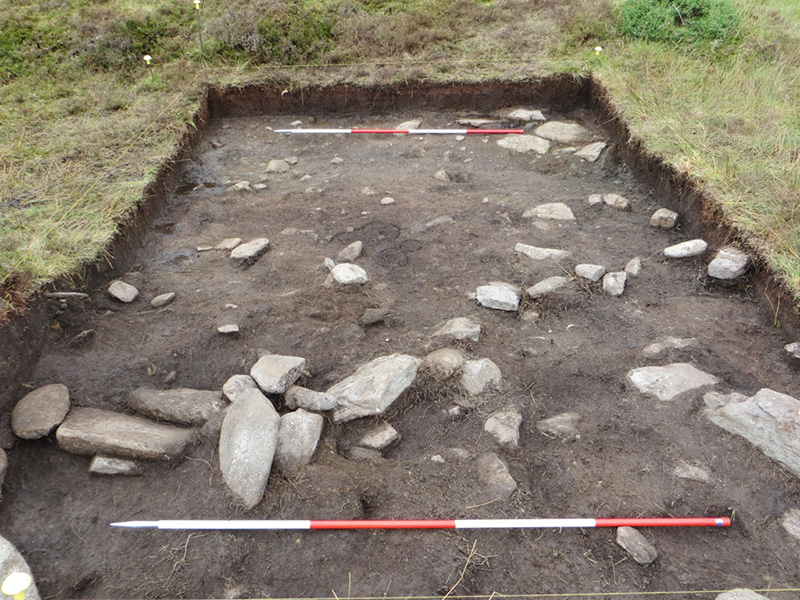 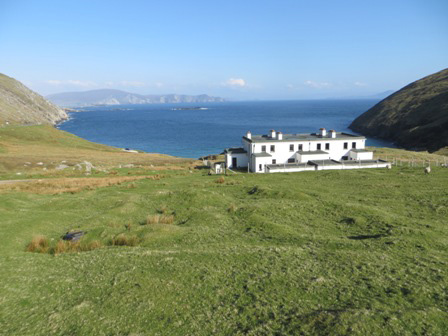 On Monday the team working in Quadrant 1 spend the morning straightening the edges of the trench, or at least attempting to do so! Whilst on a normal excavation this is an easy enough procedure, when you’re dealing with soft upland peats, with a distressingly tough root layer on its surface and a rather uncompromising stone building underneath it, this can prove to be an incredibly difficult task. When this job was completed as well as could be managed the team undertook a second topographic survey of the quadrant, this time recording the deposits of the upper surface of the mound and the top surface of the mineral soils surrounding the mound. Over in Quadrant 4 the team worked on giving the upper layers of the pre peat soil deposits a really thorough cleaning prior to starting the first mid-excavation plan of the trench.

On Tuesday the team in Quadrant 1 began recording vertical section drawings of the edges of the trench. These drawings provide a detailed record of the deposits of peat and soil that overly the site, and given all of the different processes of deposition and erosion that take place on an upland site the layers can often prove rather more complex than imagined when the peat is being removed in blocks. This trench was no exception and whilst fairly simple sequences were recorded around three sides of the trench, the western side was found to be a lot more tricky, with thin deposits found filling in hollows that perhaps relate to the actions of the stream that runs immediately adjacent to this edge of the trench. In Quadrant 4 the first clean up was completed and the team got stuck into recording the horizontal plan of all of the different soil deposits that could be identified. During the clean up a small piece of struck flint was found, and whilst it really was not a diagnostic piece it was certainly nice to find our first artefact from the site.

On Wednesday the field trip was to Keem Bay at the western end of the island, a really pretty location and one that is simply abounding with interesting historical archaeology sites, including a pair of coastguard stations, a look-out post, a deserted village, an upper class mid-nineteenth century farmstead and a fantastically well preserved booley settlement. Keem Bay is famous for its spectacular cliffs and its gorgeous beach so the trip concluded with a cliff edge walk and then a quick stop off at the beach where we had a look at the archaeological remains of the Basking Shark fishery and the bravest of the students took a quick dip in the sea.

Thursday began with a sondage being placed into the mound in Quadrant 1, to check whether the orange soils that made up the mound were really an archaeological deposit. This quickly proved successful so a pair of radial baulks were set up running from the centre of the circular building down the mound and the team spent the rest of the day carefully removing sections of the mound to reveal more of the stonework buried inside it. In Quadrant 4 the team completed their mid-excavation plan and then recorded a topographic survey of the upper surface of the pre peat soils. In the afternoon they began removing the soil bank of the circular building in the south-west corner of the trench to reveal the underlying stone foundation, which proved to be a rather jumbled and slender affair.

On Friday the team in Quadrant 1 continued working away at removing the soil overlying the stone elements of the mound. Great care had to be taken to ensure the radial baulks set up the previous day were cut perfectly straight and at the end of the day we had sections so sharp you could have shaved with them!  In Quadrant 4 the team began carefully removing the uppermost layers of the pre peat soils, which proved to be mercifully shallow across most of the trench. It became clear that the major deposit across the southern part of the trench had derived from the slumped soil bank of the central building and that beyond the limits of this slumping the pre peat soils were as thin as would be expected in this type of environment. A hammer stone was found sealed beneath the slumped soil at the south-west side of the trench, which was a really great way to end the week.