VIRTUAL - An Archaeology of the Bronze Age Senses: the tastes, smells and colors of new finds from east Cretan excavations

My lecture reviews recent excavations at Bronze Age sites in East Crete supported by the Institute for Aegean Prehistory Study Center for East Crete (INSTAP SCEC), paying particular attention to new evidence for craft production. Interestingly enough, the finished goods are not the pots, the metal tools, and stone vases that we typically associate with artisans at work in the Minoan palaces and houses on Crete. Instead, Greek and American excavations are using detailed recovery methods to record the food and drink of Bronze Age farmers and fishermen and the aromas and the colors of Minoan fashion.  The paper is thus an exploration of the Minoan Senses—the tastes, the smells and the sights of Bronze Age Crete.  It focuses less on artifact type, provenience, and date, and more on the everyday activities and the lifestyles of the occupants of LM I towns in east Crete.

We will examine finds from three Late Minoan towns: Papadiokambos (dug from 2007 to 2012), Mochlos (2004-2005) and Chrissi (from 2008-2018). The site of Mochlos is well known, but the other towns are new, only discovered in the past decades.  Finds at these sites include unusually rich remains for the production and consumption of food and beverages and much rarer evidence for the manufacture of aromatic oils and deep purple dyes.

Brogan, T., C. Sofianou, J.E. Morrison, D. Mylona, and E. Margaritis. “Living off the Fruits of the Sea: New Evidence for Dining at Papadiokampos, Crete,” in Diet, Economy and Society in the Ancient Greek World: Towards a Better Integration of Archaeology and Science (Pharos Supplement 1), S. Voutsaki and S.M. Valamoti, eds., Leuven, pp. 123–132. 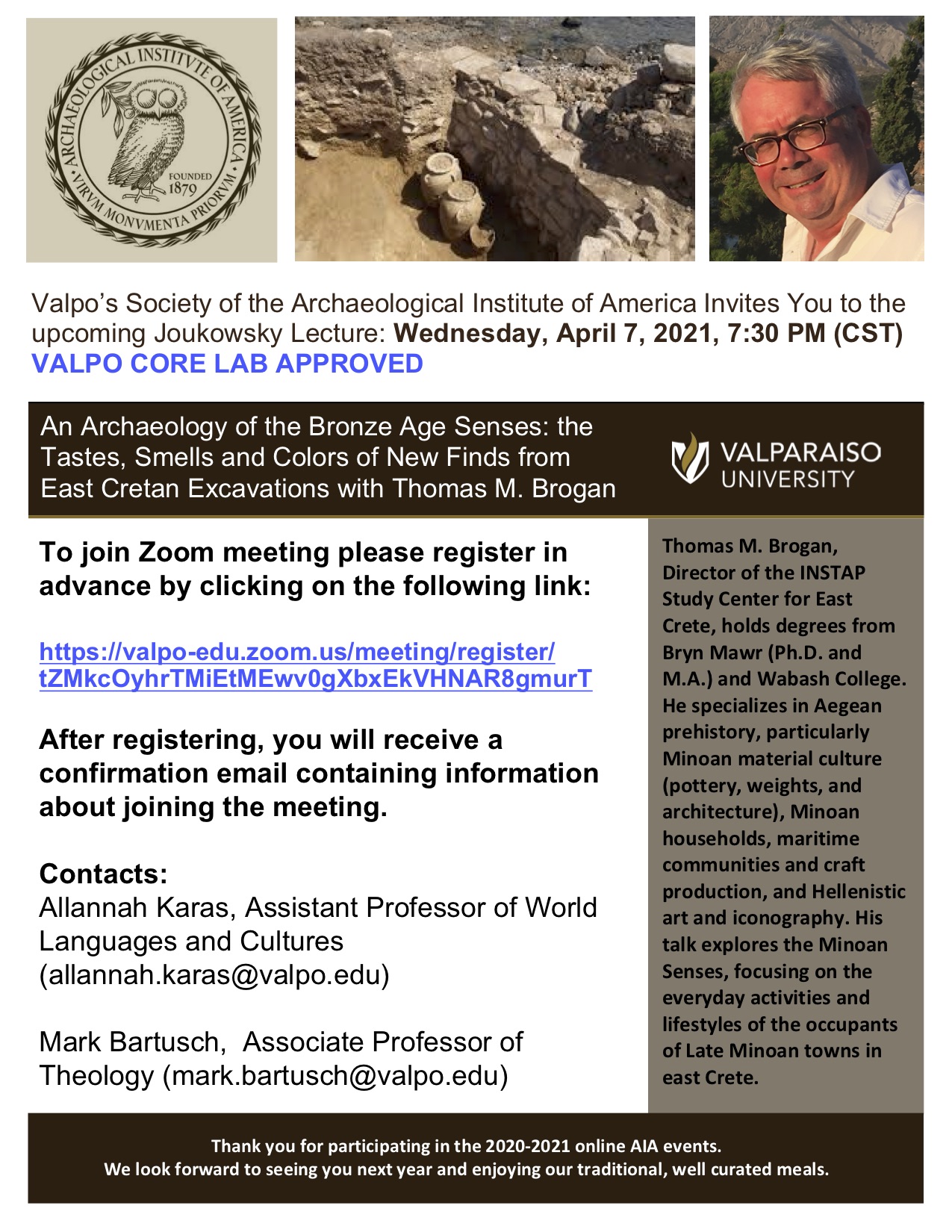