Sponsored by: University of Wisconsin-Milwaukee Depts of Anthropology, FLL-Classics, and Art History. Marquette University Department of Social and Cultural Sciences 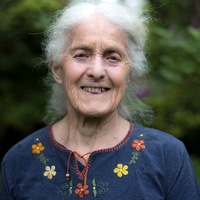 Until recently, the idea that people could have traversed large
expanses of ocean in prehistoric times was considered
pseudoscience. But recent discoveries in places as disparate
as Australia, Labrador, Crete, California, and Chile open
the possibility that oceans were highways, not barriers, and
that earlier than the Spanish Age of Discovery, people
possessed the means and motives to traverse them.

In her talk, Kehoe draws from her 2016 book
Traveling Prehistoric Seas to explain the history of
seafaring boats and evidence for people crossing open
ocean from Middle Paleolithic (colonizing outer Indonesia
and Australia) through Polynesian explorations that
reached the Americas.