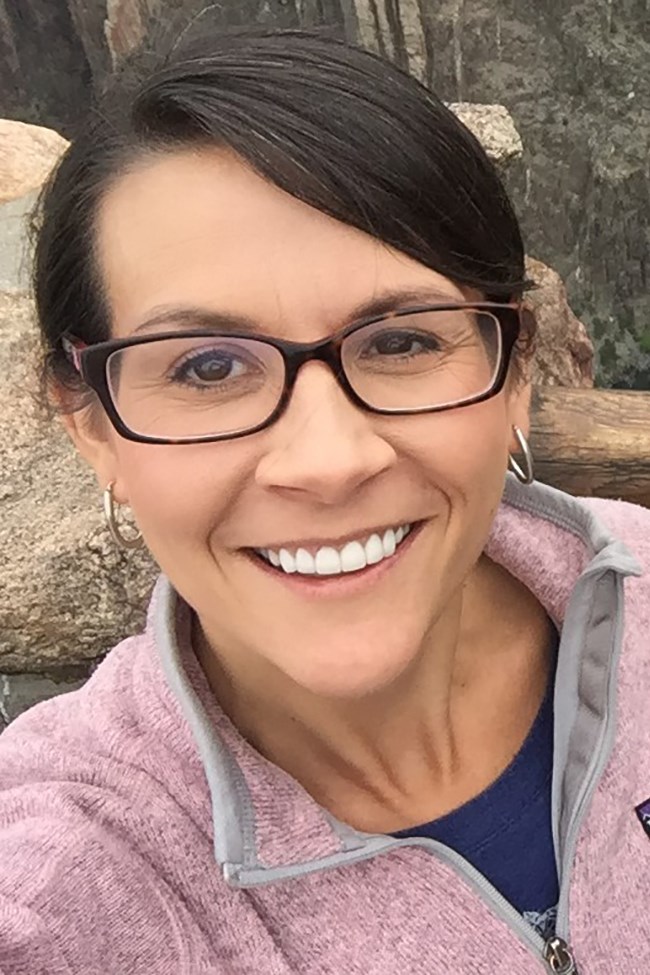 Dr. Carla Klehm is Assistant Professor and Research Faculty at the Center for Advanced Spatial Technologies (CAST) at the University of Arkansas, and also the Executive Director of the Spatial Archaeology Research Collaborations at CAST.  She holds her degrees from the University of Texas at Austin (Ph.D.) and Northwestern University, and her areas of specialization are African archaeology, Pre-colonial Africa (Iron Age), the archaeology of inequality, human-environmental relationships, long-distance trade and globalization, landscape archaeology, GIS and remote sensing, and bead and ceramic analysis.  She is the Project Director for the Bosutswe Landscapes project in Botswana, and the Does Monumentailty Hinge on Inequality? bead analysis project in Turkana, Kenya.  Her current publications include Spatial Approaches in African Archaeology (ed. with C. Gokee, special issue of African Archaeological Review 37(1), 2020).

What a history of beads can tell us about times of crises and change: An archaeological perspective from east and southern Africa

African Impacts on World (Pre)History: 8,000 Years that Will Change the Way You Think About Africa

How two giraffes got to China from Africa nearly 80 years before Columbus first came to the Americas is just one of many delightful examples of Africa’s long-standing connections to the world: ones we don’t often hear about or learn about in world prehistory classes. With the longest record of human history on the globe, this lecture highlights stories of African cultures in contact long before the Europeans arrived: Human occupation in the middle of the Sahara Desert; 5,000 year-old megalithic monuments in East Africa built by the first pastoralists in the region; precolonial kingdoms and states in southern Africa that traded gold and ivory with the Middle East, India, and China (yes, Black Panther’s Wakanda is not that far off). In this talk, I hope to share stories of these discoveries and perhaps shift your view of the history of sub-Saharan Africa. Over the course of the lecture, I’ll also explain some of the science behind the scenes: from utilizing satellite imagery to “predict” where archaeological sites are located to chemically analyzing glass to source objects traded from around the world.

Africa is an enormous and diverse continent comprised of nearly 60 countries, over a billion people, more than 800 ethnic groups, and almost 2,000 languages. The prehistoric cradle of humankind, Africa is today home to a diverse array of cultures, environments, languages, and economies. However, media in the West often makes broad generalizations across this immense diversity, or focuses on areas of conflict, famine, or environmental devastation. The effects of these misconceptions—and of inequality—will sharpen as Africa takes a greater role in the world stage: by 2050, it is estimated that 1/4th of the world’s population will be African. These real-world consequences underscore the urgency of a deeper understanding of African societies and their socioeconomic innovations across millennia, and this lecture covers three different case studies in particular.

To learn more about African prehistory and history, from evolution to the post-colonial era, I highly recommend John Reader’s Africa: A Biography of a Continent (1999, Vintage Books). Although it looks lengthy, it reads quickly and is engaging throughout, whether you are familiar or just becoming acquainted with Africa.

To learn more about the specific stories discussed in the lecture, check out:

Researchers have long been concerned with “spatial analysis”: the location and measurement of sites, features, artifacts, and natural features, as well as the relation between them. Although the fundamental questions of space and its relationship with socio-historic and cultural processes remain, what has changed drastically are the methods by which archeologists approach them.

GIS and RS technologies, collectively called “spatial archaeometric” approaches (i.e. scientific methods to spatial questions), are rapidly advancing, as are their applications and impacts to archaeology: 3D scanning and photogrammetry of vulnerable archaeological sites help preserve structures and recreate the “experience” of what it was like to live in them and move through them; geophysics allows for the discovery of sub-surface archaeological sites and features without the necessary destruction that comes along with excavation; increasing high-resolution, multispectral satellite imagery can help to “predict” the locations of archaeological sites in areas that are too large, too difficult, or too dangerous to access; computational analyses consider human settlement patterns alongside environmental features to determine where ancient trade route took place; and LiDAR (Light Detection and Ranging), which detects natural and archaeological landscapes through major impediments such vegetation cover, allowing for archaeological prospection in notoriously difficult environments such as jungle and scrub desert. These wide-ranging techniques are the purview of the Spatial Archaeometric Research Collaborations program (“SPARC)”), and NSF-funded initiative that connects geospatial experts, equipment and technologies with archaeological researchers around the globe.

From modeling where 1,000 year-old sites are located in the Kalahari Desert, to discovering ancient Native American roads, and beyond, this lecture highlights several of SPARC’s projects as it reviews the ways in which various geospatial and remote sensing is changing the course of archaeological research.

Parcak, Sarah. 2019. Archaeology from Space: How our future shapes our past. New York: Henry Holt and Company.

Beads have served in cultural, cognitive, and communicative systems of language, art, and symbolism throughout human history. Beads made of marine shells, ostrich eggshells and stones appear consistently in Africa’s archaeological record from the Middle Stone Age on, and have long been linked with indexing identity. Yet, their role in social changes is rarely explored. This presentation will explore a (long) material history of beads in two contexts: first, in northwest Kenya, where the first pastoralists buried their ancestors with brilliantly-colored stone beads underneath megalithic monuments 5,000 years ago; and second at the edge of the Kalahari in Botswana, where 1,000 years ago and 1,000km inland societies used glass beads coming from India and the Middle East to index increasing inequality. Beads played a large role in these past African societies understood their lives at such key moments of transformation in the human experience: here, animal domestication and early monuments, and proto-global trade and social stratification. African perspectives on the relationship between people and objects such as beads leads us to consider new ways of understanding the history of significant social change—where, why, and how it happens—and the ways in which people find meaning in the world through objects.

To learn more about African prehistory and history, from evolution to the post-colonial era, I highly recommend John Reader’s Africa: A Biography of a Continent (1999, Vintage Books). Although it looks lengthy, it reads quickly and is engaging throughout, whether you are familiar or just becoming acquainted with Africa.