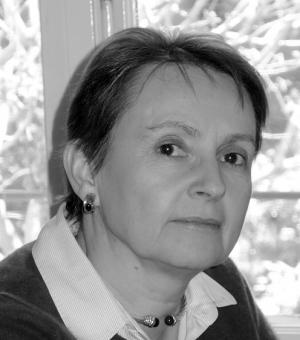 Catherine Morgan is Senior Research Fellow at All Souls College, Oxford, and Professor of Classics and Archaeology at the University of Oxford.  She is a past Director of the British School at Athens, a Fellow of the British Academy, and has received the Order of the British Empire for her services to Classical scholarship.  She holds her degrees from the University of Cambridge (Ph.D.), and her areas of specialization include Greek sanctuaries and religion, politics and cultural identity, landscape archaeology, the Corinthia, Corinthian Gulf, and western Greece, and pottery production, technology and use.  Her current publication projects include Histories in the Central Ionian Islands, and Feasting with the Greeks (both in preparation).  Professor Morgan is an AIA Joukowsky Lecturer for 2020/2021.

Beyond the Battle Lines: World War 1, the British Salonica Force and the Archaeology of Macedonia in Historical Times

The Ionian islands, extending in an arc from Corfu to Zakynthos, have captured western imagination for centuries, not least following the lure of Homer. Beginning with the work of late 18th– and early 19th-century classicist-topographers, the quest to map the Odyssey in the physical landscape of Ithaca and its neighbours gave rise to continuingscholarly debate and established a distinctive dialogue with island communities – an enduring narrative of cultural identity. Archaeology became deeply implicated, largely due to a series of major international campaigns in the early 20thcentury. These began with Wilhelm Dörpfeld’s search for Homer’s Ithaca on Leukas, and, in direct response, James Rennell Rodd’s sponsorship of a similar project by the British School at Athens on Ithaca.

In this lecture, I set out a different agenda for the islands, exploring aspects of life from the end of the Late Bronze Age to the aftermath of Augustus’ foundation of Nikopolis. Interest has long focused on the archipelago as a hub of connections extending north into the Adriatic, west to Sicily and southern Italy, and via Corcyra into Apulia. Yet these sea routes connect directly with the navigable rivers of northwest Greece and with the complex inner network of the archipelago itself (tight clusters of islands of different sizes and resources, interspersed with different qualities of maritime environment). Inevitably, therefore, the history of any part of the archipelago (let alone its entirety) is entwined with ever larger narratives, and ultimately the emergence of the Adriatic as a connected maritime space. In an environment like this, basic questions – such as the political and social shape of communities; the nature of local economies and the relationship between economics, politics and institutions; and the use of material culture to express group identity in a world of high personal mobility –  touch on important areas of current debate. The nature of ancient federalism is one such issue, as the border of the Akarnanian koinon ran through the archipelago. Questions of analytical scale, networks, local impacts, responses, and agency also develop the extensive discussion following from Horden and Purcell’s Corrupting Sea.

The lecture reappraises old data especially from Ithaca and Leukas, and draws on new fieldwork projects, and a growing number of systematic and rescue excavations and surveys on Kephallonia, Zakynthos, Leukas, Meganisi, and the small islands of the inner archipelago.

Archaeological research over the past thirty years has highlighted rural gatherings, sacrifice, and feasting as central aspects of Early Iron Age ritual practice in many parts of Greece. But less attention has been paid to similar evidence from later periods or to the practicalities of organisation and provision for events in often remote locations. From Archaic times on, attention moves to the polis as the primary framework for religious activity, to infrastructure developed at city sanctuaries, and to the role of inter-state and/or federal shrines in articulating inter-community relations. Outside such sanctuaries, feasting and consumption are primarily considered in urban contexts, especially in connection with symposia. Worship at often remote rural sites including caves tends to be seen as a private and perhaps less formal matter. With the significant exception of Menander’s Dyskolos, literary references to rural events are also rare.

A growing body of evidence confirms that organized events in the countryside continued into Hellenistic times, underlining the need to look broadly at the relationship between shrines of all kinds within the ritual landscape of each community.  In this respect, research in Classical archaeology falls behind current approaches in pre-and protohistory. The case material presented comes from the central Ionian islands, where relatively few temenoi and temples are documented and a high proportion of current evidence for ritual practice from the Early Iron Age to the late Hellenistic period comes from caves. The religious life of island communities cannot be understood without full consideration of this evidence

Reviewing the rich and varied record, we will consider the locations (coastlines, passages between environments and other rural landmarks) and the nature of the spaces involved. While the material record includes a rich range of miniature vessels and offering containers, provision for the preparation, serving, and consumption of food and drink forms a major part of the record at many sites. Consumption was a key part of ritual events even when they were held far from significant settlements or facilities for food preparation. The exact role played by the cave depended on its location and affordance: caves were more often places of deposition for debris of feasts held outdoors, rather than the site of the feast itself.  We will examine ceramic evidence for feasts and the practicalities of their organization and set the results into the wider context of scholarship feasting, focusing on the creation of temporary settings, rustic and rural.  Overall conclusions contribute to our understanding of how, in a region of intense personal mobility, local identities were shaped, visitors welcomed, and migrants variously acknowledged and reintegration after periods abroad.

In this lecture, I review shifts in the balance and nature of power within the central Ionian archipelago during the six centuries or so between the breakdown of the Mycenaean palatial world and Corinth’s colonisation of Ambracia and Leukas around 630 BC. This long arc is intended to foster a joined-up narrative about local transformations, agency, impacts and connections, and to move beyond the currently disconnected approaches informed by particular perceptions – of the Mycenaean ‘periphery’; of colonisation (especially where the ‘resources’ attracting colonists are seen in terms of geography and environment rather than pre-existing human networks); and of the Homeric agenda that still skews readings of the archaeology of Ithaca in particular. A brief historiography introduces the key players in 19th– and early 20th-century research and helps to explain why the notion of a Mycenaean Homer was such a powerful tool in uniting aspirations for island, British imperial, and Greek ethnic identities.  New data from projects across the archipelago serve to characterise three episodes – post palatial reconfigurations; new tenth- to ninth-century circuits and expressions of elite wealth; and eighth-century trading networks, urban growth and art historical developments.

The archaeological activity of the allied armies which mustered on the Salonika Front from 1915-1918 forms a distinct episode in the history of research into ancient Macedonia. At that time, Thessaloniki – a city deeply affected by two Balkan wars, cosmopolitan and only recently incorporated into the Greek state – had suddenly become home to a truly international military contingent, from the British and French armies (with their imperial troop) to refugee communities, notably Russians. Archaeology for these forces variously represented an exercise in research, an important means to maintain relations with Greek authorities, and a way to occupy its officer class and troops.

Prehistoric and Early Iron Age finds have long attracted attention: the pioneering archaeological and ethnographical work of Alan Wace and Maurice Thompson provided a framework and system for the recording of discoveries in the British zone from the Vardar river to the Strymon delta. Yet the work of the British School pre-war and of the British Salonika Force thereafter resulted in discoveries of all periods which in many cases remain of significance today. This lecture presents three case studies dating to the Archaic-Hellenistic periods – Classical-Hellenistic finds in the area then identified as ancient Lete (in and around Aivatli and Laina along the Derbend Pass), late Archaic-Classical burials from Aivasil/Agios Vasilios, and a fifth-century burial from Mikro Karaburun/Karabournaki. Together, these finds represented a step change in our knowledge of central Macedonia before the foundation of Thessaloniki, reflecting a new, topographical rather than text-led approach to the archaeological record driven by the military requirements of the campaign.

The significance are assessed in the context of previous exploration of the region, noting the crucial if sometimes tangental involvement of the British School at Athens, and the connection between the pioneers in the region (notably Alan Wace and Maurice Thompson), and leading figures in the Salonica Force’s archaeological authority (especially Ernest Gardner).