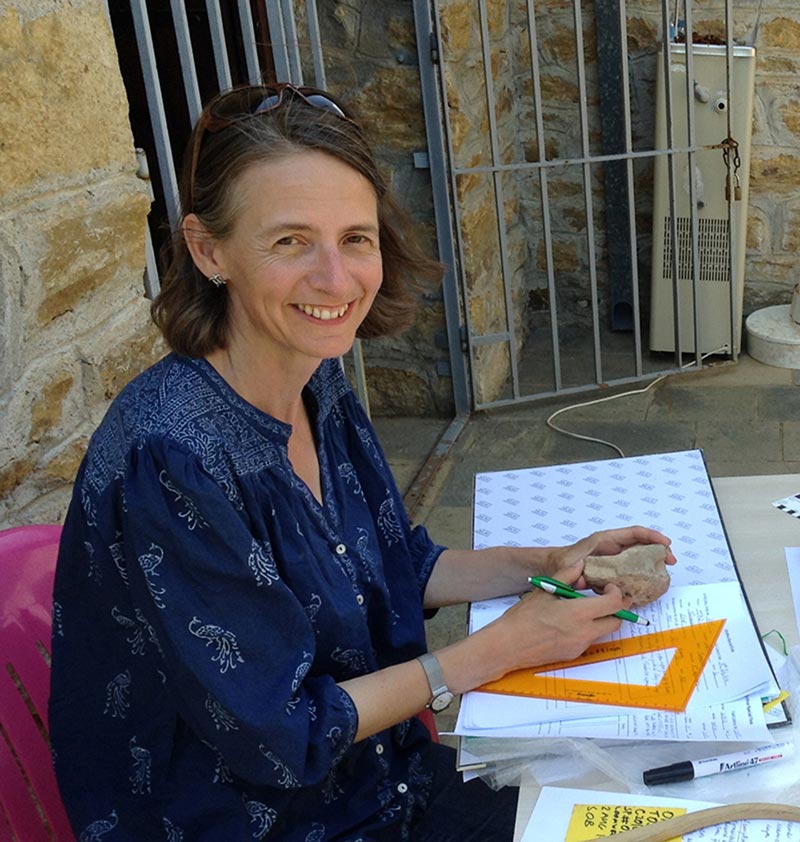 Lisa Nevett is Professor of Classical Archaeology and Director of the Interdepartmental Program in Classical Art and Archaeology with the University of Michigan.  She holds her degrees from the University of Cambridge, and her research interests include the archaeology of the Greek world during the first millennium BCE, the Roman world c. 1st century BCE to 4th century CE, material culture as a source for social history, household archaeology, the built environment, and gender archaeology.  She is Co-Director of the Olynthos Project, and her most recent publications include An Age of Experiment: Classical Archaeology Transformed (1976-2014) (ed. with J. Whitley, 2018, Cambridge, MacDonald Institute of Archaeology Monograph Series).  Professor Nevett was a 2019/2020 AIA Joukowsky Lecturer.

New Fieldwork from Classical Olynthos (Greece): towards an archaeology of identity

New Fieldwork from Classical Olynthos (Greece): towards an archaeology of identity

Among ancient historians the city of Olynthos is best-known as a regional power from northern Greece which alternately fell under the sway of Athens and of the kingdom of Macedon, before finally being sacked and razed to the ground by the Macedonian king, Philip II, in 348 BCE.  To archaeologists, Olynthos represents the single most extensive and detailed source of information about Greek houses, as a result of the excavations there by David Robinson (1928-1938).  Since 2014 the site has been the subject of renewed investigation by the Olynthos Project, which has been undertaking field survey, geophysical survey and excavation in and around the city.  In this lecture I explore the potential of the evidence from Olynthos for understanding the creation and expression of identity by the city’s inhabitants.  I address various ways in which they actively manipulated their material culture at the level of the household, the neighborhood and the city as a whole in order to navigate their complex political and cultural positions.

Nevett, L.C. et al. 2017. ‘Towards a Multi-Scalar, Multi-Disciplinary Approach to the Classical Greek City: the Olynthos Project.’  Annual of the British School at Athens 112, 155-206.