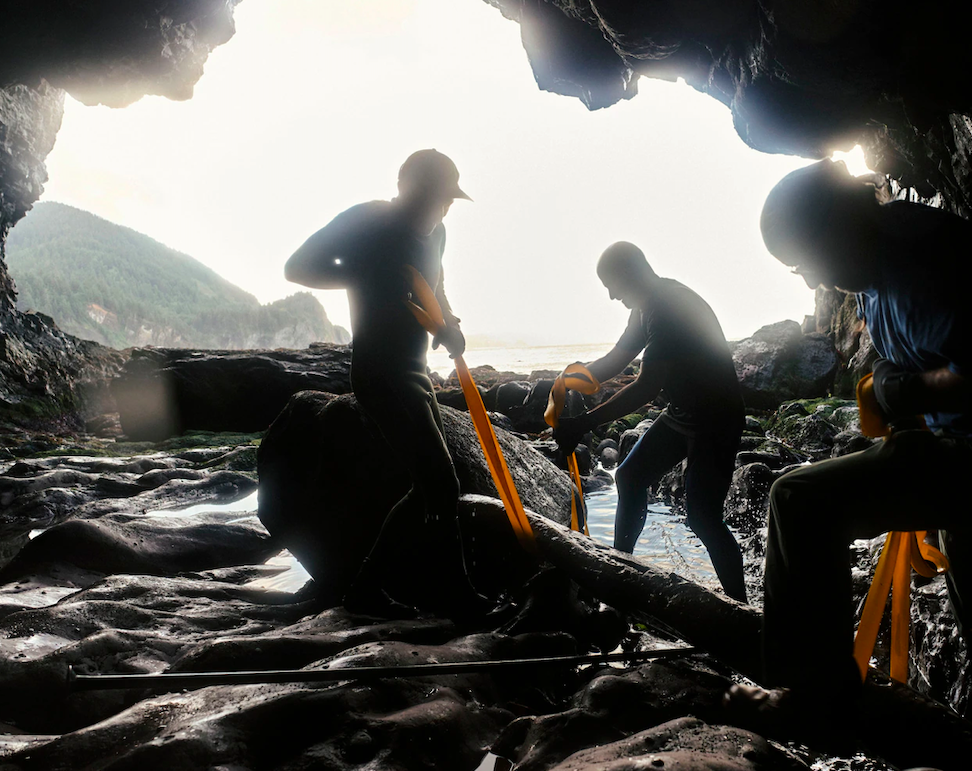 The Spanish galleon Santo Cristo de Burgos left the Philippine Islands for the Port of Acapulco in New Spain (Mexico) in July 1693, loaded with Asian luxury goods of silk, fine cottons, porcelain, spices, art- and beeswax, in large blocks and candles. The ship, undermanned and with an inexperienced captain, somehow went hundreds of miles off course to wreck near the Nehalem River in norther Oregon, where survivors of the wrecking lived with the coastal Nehalem and Clatsop Indians. Good from the ship were traded by the local tribes, and the exotic materials were incorporated into their traditional culture. The ship was carrying so much beeswax, that the Indians brought it to American and British fur traders to trade, and by the end of the 19th century so much beeswax had been mined from the spit that non-locals refused to believe it came from a shipwreck. In 2020 and 2022, parts of the ship itself were recovered by archaeologists from Oregon State Parks and the Maritime Archaeological Society. Scott Williams, Principal Investigator of the Beeswax Wreck Project and President of the Maritime Archaeological Society, will tell the story of the Society’s 16-year research project into the identity and location of the wreck, and discuss the latest finds.