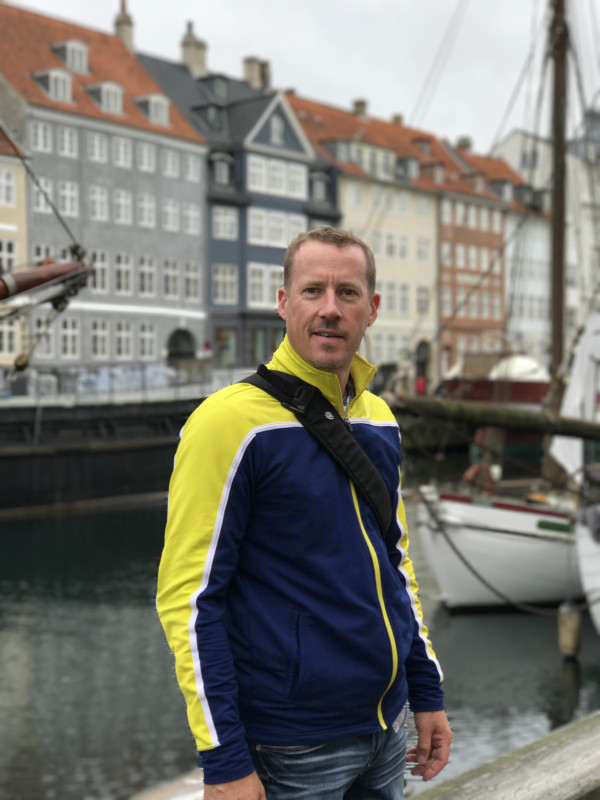 Dr. Scott M. Fitzpatrick is a Professor of Anthropology and Associate Director at the Museum of Natural and Cultural History at the University of Oregon. He is an archaeologist who specializes in the archaeology and historical ecology of island and coastal regions, particularly in the Pacific and Caribbean. Much of his research focuses on colonization events, seafaring strategies, adaptive strategies on smaller islands, exchange systems, chronometric techniques, and human impacts on ancient environments. He has active field projects in western Micronesia, the southern Caribbean, the Florida Keys, and the Oregon Coast. Dr. Fitzpatrick is the founding Co-Editor of the Journal of Island and Coastal Archaeology (Routledge/Taylor & Francis), Associate Editor for Archaeology in Oceania, and serves on the editorial boards for three other journals. Recent publications have appeared in Antiquity, Journal of Archaeological Science: Reports, Environmental Archaeology, Radiocarbon, and the Proceedings of the National Academy of Sciences. He also has edited several special issues of journals and volumes, including Voyages of Discovery: the Archaeology of Islands (Praeger, 2004), Island Shores, Distant Pasts: Archaeological and Biological Perspectives on the Pre-Columbian Settlement of the Caribbean (University Press of Florida, 2010), and Ancient Psychoactive Substances (University Press of Florida, 2018). His research has been supported by the National Science Foundation, National Geographic, the U.S. Department of the Interior, and the Sasakawa Peace Foundation (Japan), among others.

Magellan’s Pacific Crossing: New Discoveries in One of the World’s Greatest Voyages

Currents and Commodities: How Oceanographic Effects Influenced the Prehistoric Colonization of Islands

Currents and Commodities: How Oceanographic Effects Influenced the Prehistoric Colonization of Islands

On 28 November 1520, Ferdinand Magellan and his depleted fleet sailed around the tip of South America. After a tumultuous 38-day attempt to pass through the straits that now bear his name, Magellan gazed out into the vast sea and called it Mare Pacifico or ‘calm sea’ which was appropriate (although misleading) considering what they had just endured. The passage through the Straits was notable for a number of reasons, not the least because it was the first time Europeans had sailed to the other side of the Americas through a westerly route, ultimately leading to what would become the first successful circumnavigation of the globe. But why did he encounter such benign weather conditions when leaving the Straits and entering the Pacific? Most who followed him either through the Straits or via Cape Horn encountered inclement weather off the southern coast of Chile. Second, why did he travel considerably north of the equator — when his goal, the Moluccas, was known by him to lie along the equator — and cross the doldrums in a crippled ship with a starving crew? Third, why did he only see two uninhabited islands after crossing such a vast distance of ocean? Here I investigate these questions using computer simulations coupled with archaeological research and

2008      Magellan’s Crossing of the Pacific: Using Computer Simulations to Examine how Oceanographic Conditions Influenced One of the World’s Greatest Voyages. Journal of Pacific History 48(2):145-165.

2016      Using Seafaring Simulations and “Shortest Hop” Trajectories to Model the Prehistoric Colonization of Remote Oceania. Proceedings of the National Academy of Sciences 113(45):12685–12690.

For centuries, peoples from the island of Yap in the western Pacific voyaged southward to the Palauan archipelago to quarry their famous stone money in limestone caves. The carving and transport of stone money by Yapese Islanders, however, remains one of the most archaeologically dramatic, but least understood instances of “portable” artifact exchange in the Pacific. These limestone disks (also referred to as rai or fei) up to 4.5 m in diameter and weighing over eight metric tons, were carved almost exclusively in the “Rock Islands” of Palau and then transported by ocean-going canoes or European trading ships sailing back to Yap Island almost 400 km away. The production of these exotic valuables is known, in part, from European explorers who participated in the transport of these disks back to Yap in the 1800s as well as a rich collection of ethnographic data and oral traditions. Archaeological research in Palau adds a new dimension to the understanding of how these megaliths were quarried and moved over jagged karst terrain and across the sea, highlighting the importance that stone money had in Micronesian interisland exchange systems.

For many island societies worldwide, the acquisition and exchange of prized resources was fundamental to developing and maintaining social, political, and economic relationships. The patchiness of resources like stone, clay, tempering agents, shell, and animals often led to differential access which then helped to fuel the rise of social complexity.  This presentation considers questions of resource acquisition as mediated by oceanographic and wind conditions, comparing results from archaeological projects in the Pacific and the Caribbean.

Just offshore from the larger island of Babeldaob in the Palauan archipelago of western Micronesia lies the small, nondescript island of Orrak. Archaeological research that began over a decade ago at the Chelechol ra Orrak rockshelter has revealed an astounding array of human activities, ranging from the its use as one of the oldest burial sites in the Pacific dating back to ca. 3000 BP, to subsequent use as a campsite, and later as a limestone quarry for Yapese islanders to carve their famous stone money. The analysis of human skeletal remains, faunal assemblages, and artifacts found on Orrak sheds light on how early Palauans utilized these smaller island environments and changes that were brought about by human intensification of various marine resources.

The first systematic archaeological investigation of pre-Columbian sites on the island of Carriacou in the West Indies has provided a rich source of information regarding Amerindian settlement in the southern Caribbean. Results from an island-wide survey and subsequent excavation at two large village sites—Grand Bay and Sabazan—provide evidence for an intensive late Ceramic Age occupation dating between A.D. 400-1400. Results from more than a decade of research on Carriacou indicate that inhabitants: 1) colonized the island much later than other larger nearby islands; 2) were engaged in inter-island and South American interactions as evidenced through analysis of pottery, various stylistic artifacts, and faunal remains; 3) exploited a wide variety of mostly marine, but also terrestrial foods, including several animals that were translocated to the island from elsewhere and which have rarely or never been found in the Antilles; and 4) buried their dead in and around shell middens and under habitable structures, some of which exhibit unique mortuary behaviors rarely seen in the Caribbean.