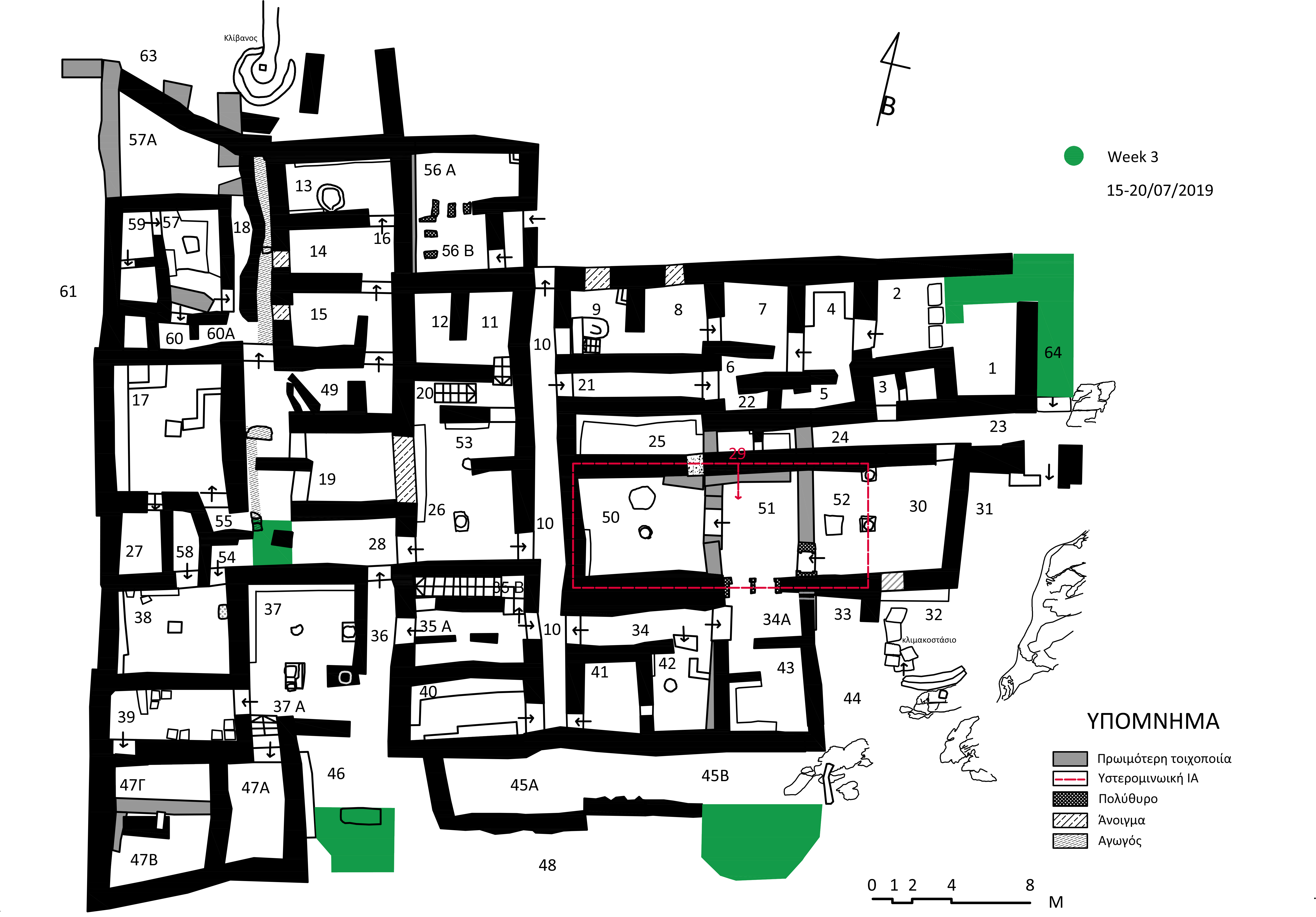 A lot of pottery fragments, some animal bones and a pendant (Fig. 3) made of bone have been collected.

The excavation continues at the southwestern side of the room (Fig. 1) where the overflow pipe is located. The excavated area is below the level of the LM IA paved floor, already uncovered.

Apart from the large quantity of potsherds, cups of the old palace period have also been found such as egg cups, carinated (Fig. 2) cups and a clay bead. Some of the above mentioned finds were found in a concentration (Fig. 3) in the area south of the old palace wall.

The excavation of Room 46, which is located at the southern part of Zominthos Main Building, continues for the third year (Fig. 1). The research is focused at the south part of the area, where the traces of a south wall have appeared (Fig. 2). The finds of the room are mainly fragments of pottery and animal bones. Noteworthy among the finds are a part of the decoration (shell motif) of a vase (Fig. 3) and a part of a possible firedog.

In the eastern part of the area named Room 48 a second layer was completely removed during last week’s work (Fig. 1). Subsequently, the beginning of the excavation of a third layer in the western part of the trench brought to light the eastward continuation of the wall separating spaces 45 and 48 (Fig. 2).

Room 64 (Fig.1) is being excavated for the first time this year, and it’s located east of Room 1 and north of the double door entrance towards Corridor 23.

The appearance of big slabs in different levels to the north of the above mentioned double door entrance (Fig. 2) in correlation to the big sized slabs found east of the destroyed northeast corner of the walls of Room 1 (Fig. 3), hint a possible staircase.