All vessels depicted in this glossary were unearthed at Zominthos.

Amphora (plural, amphorae or amphoras)
An amphora is a two-handled vase with a long neck that is narrower than its body. The name derives from the ancient Greek word amphoreus (αμφορευς), an abbreviation of amphiphoreus (αμφιφορευς), a compound word combining amphi- (“on both sides,” “twain”) plus phoreus (“carrier”), from pherein (“to carry”), referring to the vessel’s two carrying handles on opposite sides. A smaller-size amphora is called an amphoriskos. 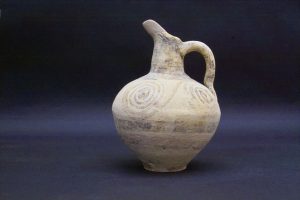 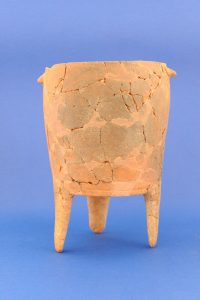 Closed Vessel
Vessel with a closed mouth, appropriate for pouring or transferring liquids 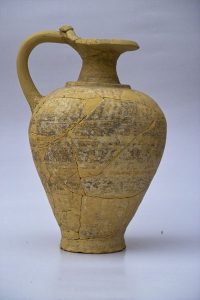 Cup
The cup was a very common, everyday vessel during the Minoan period. There were many variations on its shape: conical, handle-less, hemispherical, bell-shaped, straight-sided, spouted, and so on. 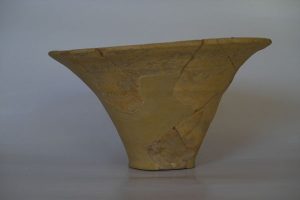 Karpodochos (Fruit Stand)
An open-mouthed vessel of a large diameter, on a high stand 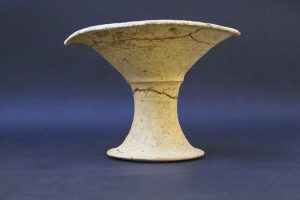 Kymbe
A shallow, open, oblong vessel that looks like a small bathtub 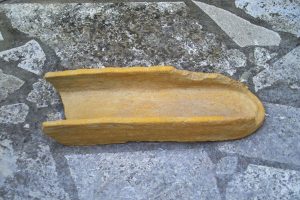 Lamp
A vessel used just like a traditional lamp, inside of which was placed a special fuel, such as olive oil or beeswax 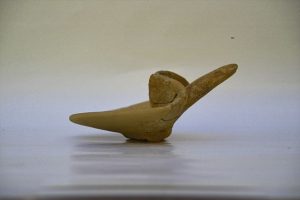 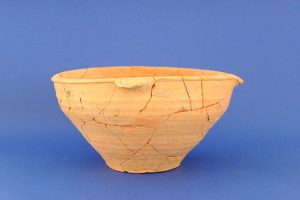 Milk Jug
Small, cylindrical containerwith a narrow mouth, a handle, and a lip; used for holding and pouring liquids 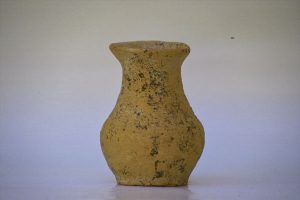 Open Vessel
Vessels with an open mouth were probably not used for storage, but for household activities such as blending, eating, etc. 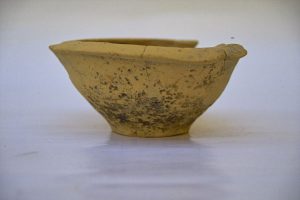 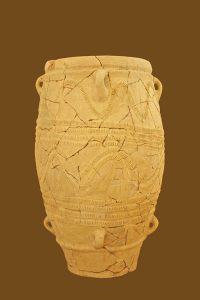 Rhyton (plural, rhyta)
The rhyton (derived from the ancient Greek word, ρυτον) is a container from which fluids were intended to be drunk or poured as a libation in a religious ceremony. Each rhyton has a hole at the bottom, through which liquids slowly flowed.

Spouted Vessel
A closed- or open-mouthed vessel with a mouth formed appropriately for the flow of liquid; one variation is the bridge-spouted vessel, a type of pitcher with a connecting element between the spout and fill opening (the spout is a separate opening from the usually smaller, central fill opening)

Stirrup Jar
A vase characteristic of Mycenaean pottery that has a false, closed mouth, a side spout, and two handles on its shoulders; there are different sizes and variations 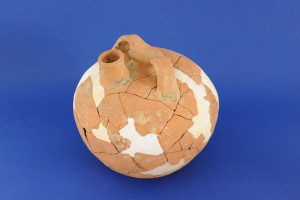