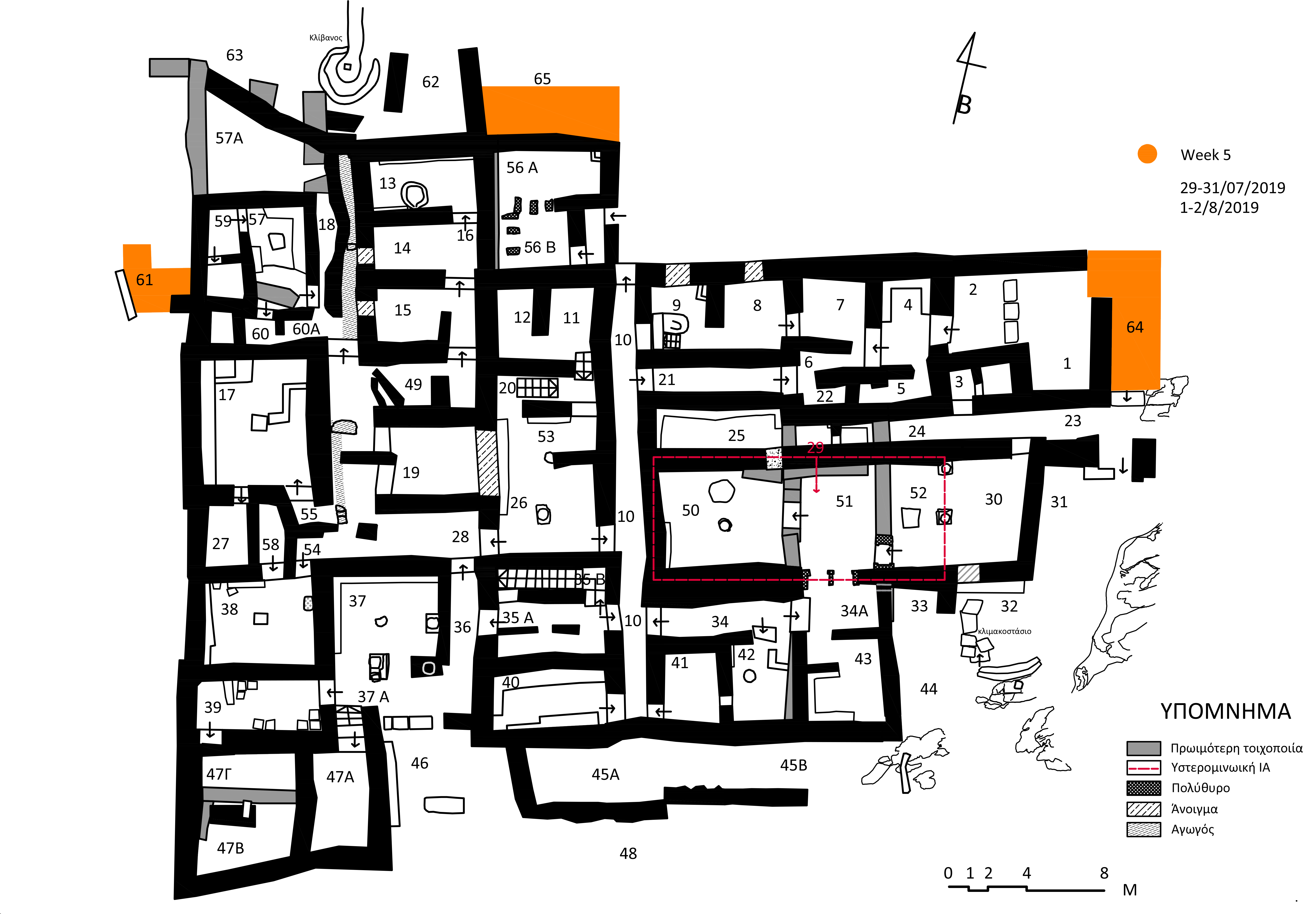 The excavation of Area 61 continues this week with the removal of soil and fallen stones (Fig. 1). The research is located at the west part of the area. A large amount of fine and courseware pottery is collected along with animal bones. Among the finds is an elongated processed rock crystal (Fig. 2) and a boar’s tusk. At south of Area 61 a large quantity of fallen stones appeared, where a pebble with engraves is found among the sherds (Fig. 3) .

This excavation of Room 64 continues (Fig. 1). The bedrock doesn’t seem to continue further to the north in this level. The excavation is extended to the eastern part of the room in search of the east wall. Many pottery fragments of LMIA have been collected, as well as two egg-cup fragments belonging to an earlier period.

The excavation in the area to the north of Room 56A continued with the removal of a thick layer full of pottery sherds dating to the Late Minoan I Period belonging mainly to conical cups. Apart from the enormous quantity of sherds, a great amount of more or less intact vessels came to light, laying fallen in various positions mainly in the SE part of the area. The great majority of them are again conical cups (Fig. 1), but other vessel types are represented as well, such as miniature jugs (“milk jugs”), a “fruit stand” and a large fragment of an important cult vessel of considerable size, namely the upper part of a rhyton of ogival shape (Fig. 2-3).