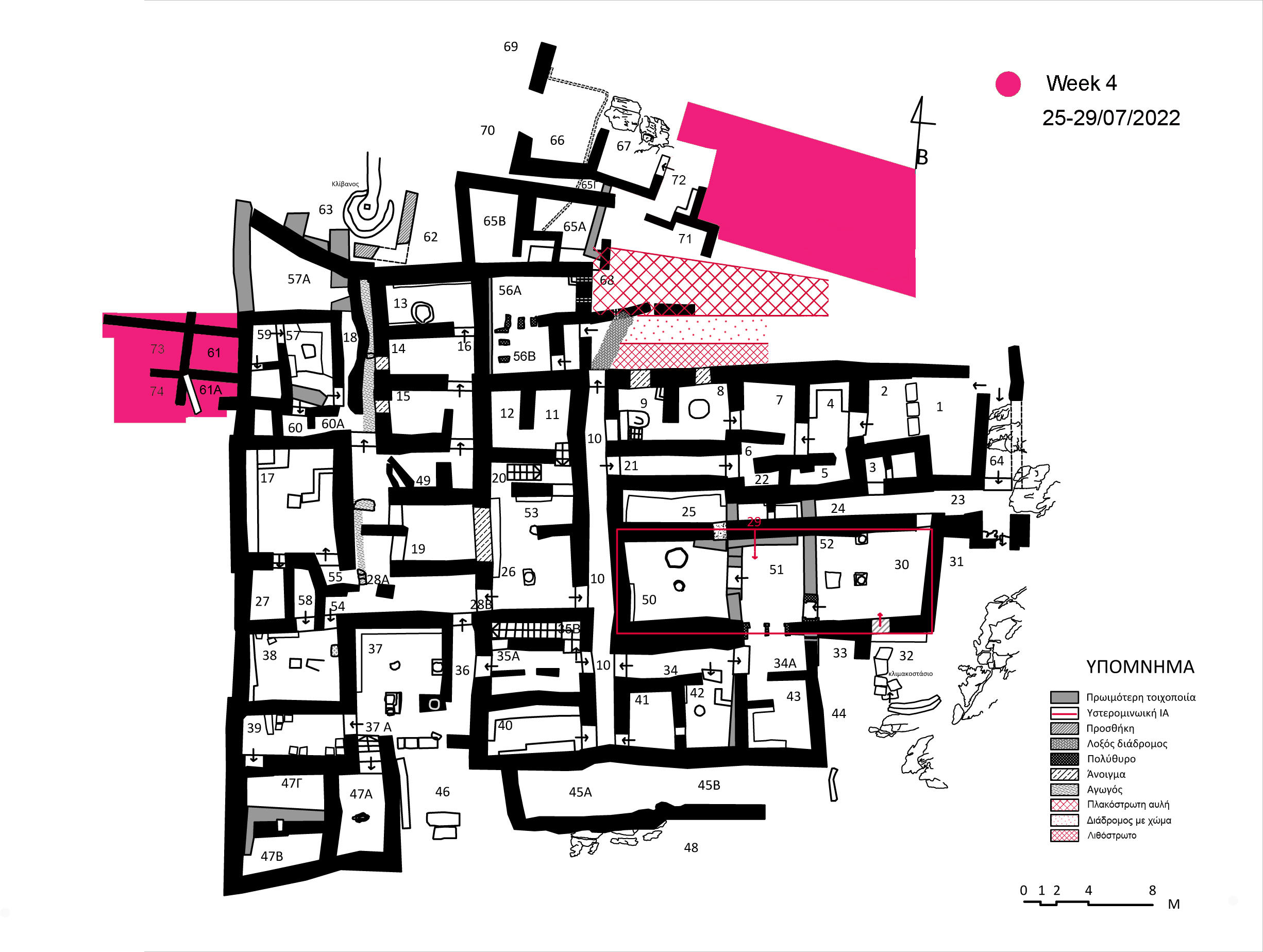 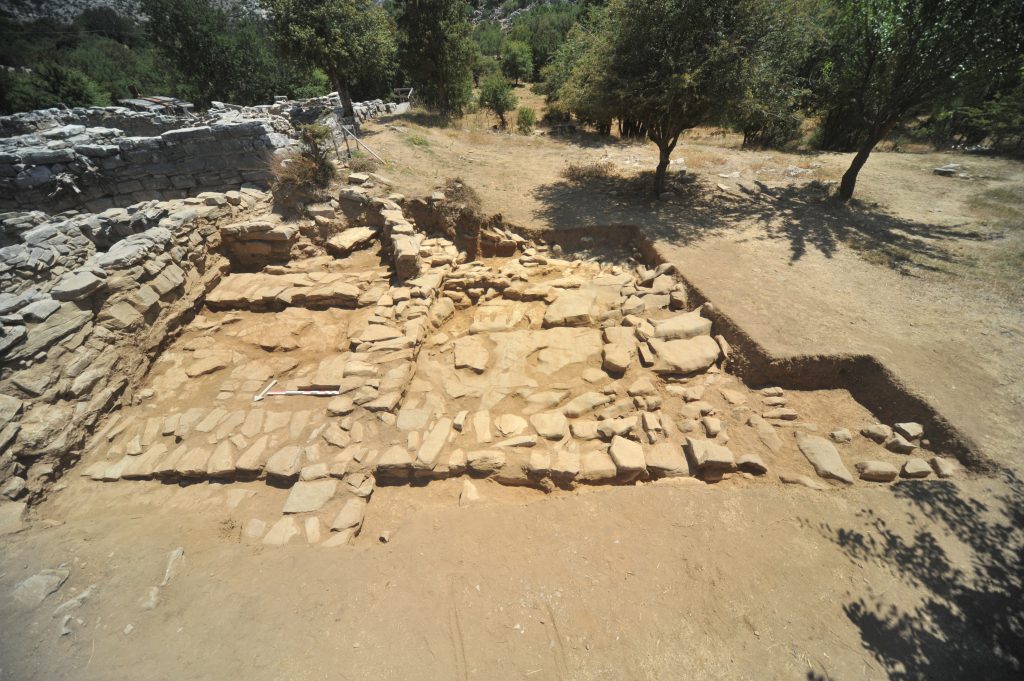 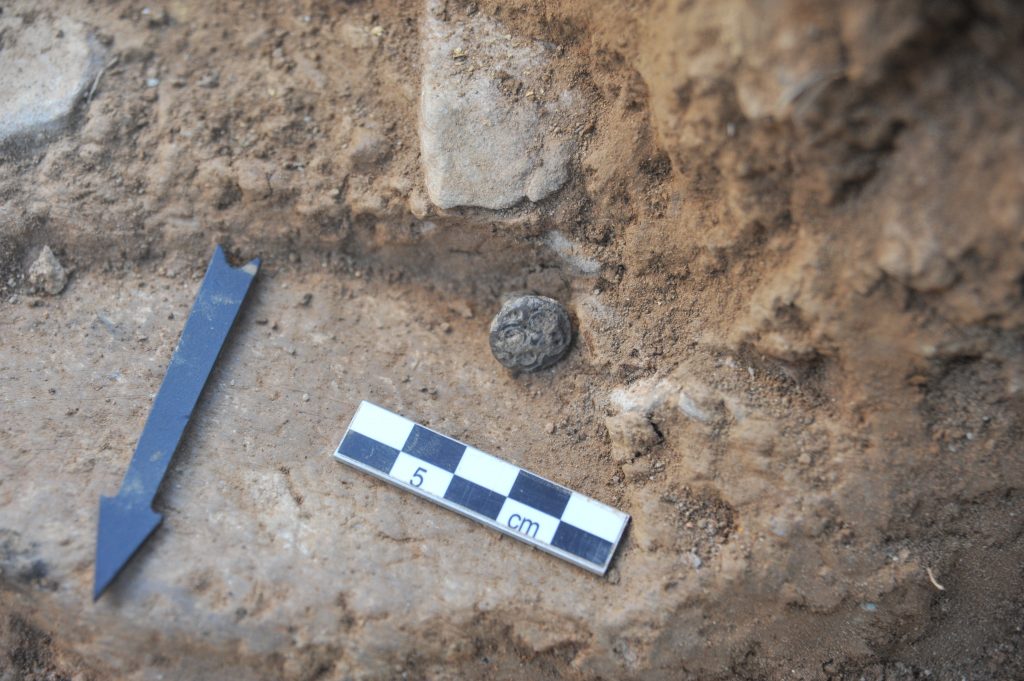 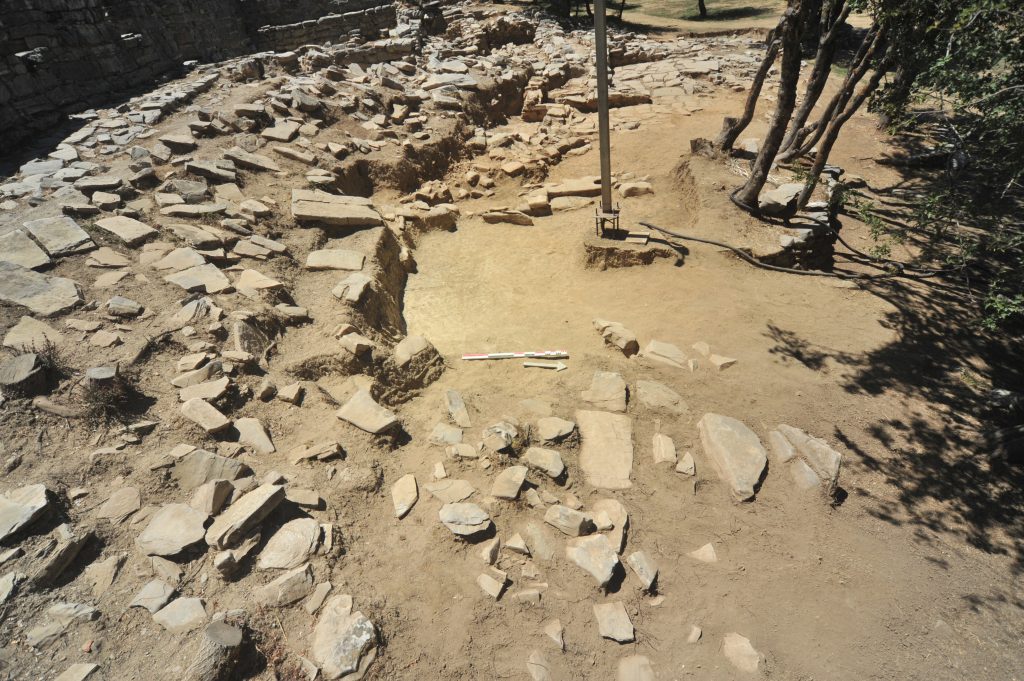 The south wall of Space 61 has been uncovered and as a result the excavated area of the north west part of Zominthos this year has yielded four rooms (Fig.1). Two exceptionally preserved seals made of semi precious stone have been found (Fig.2)

Northern part of the North Court

At the northern part of the North Court (Fig.3), more pottery sherds, eggcups and plaques of the court have been found.