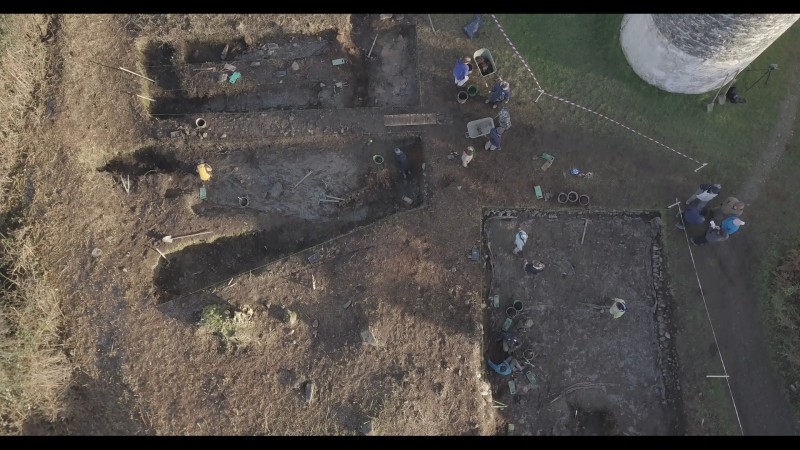 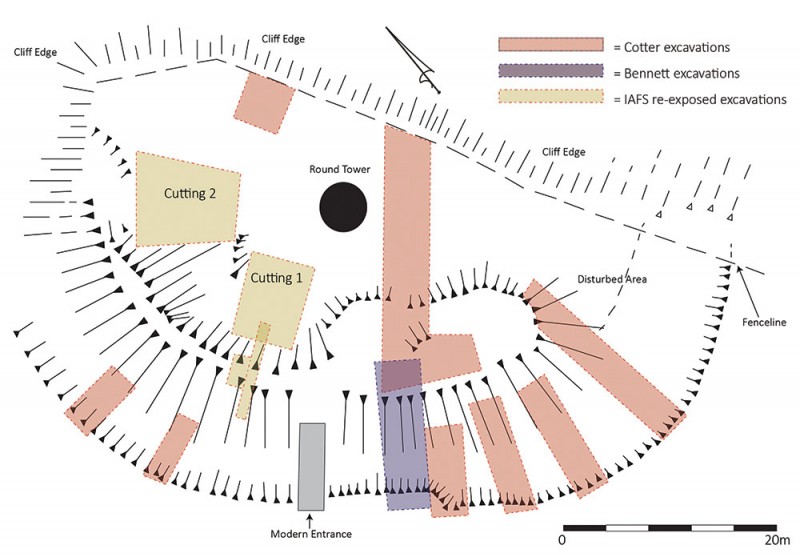 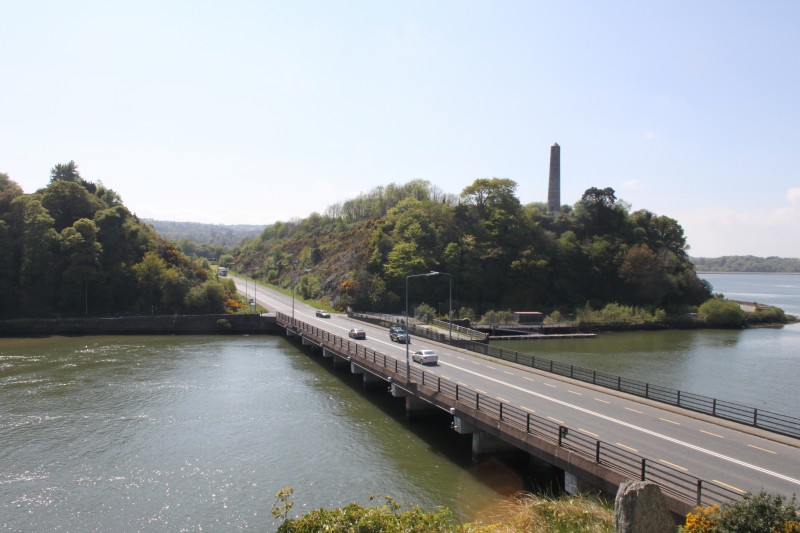 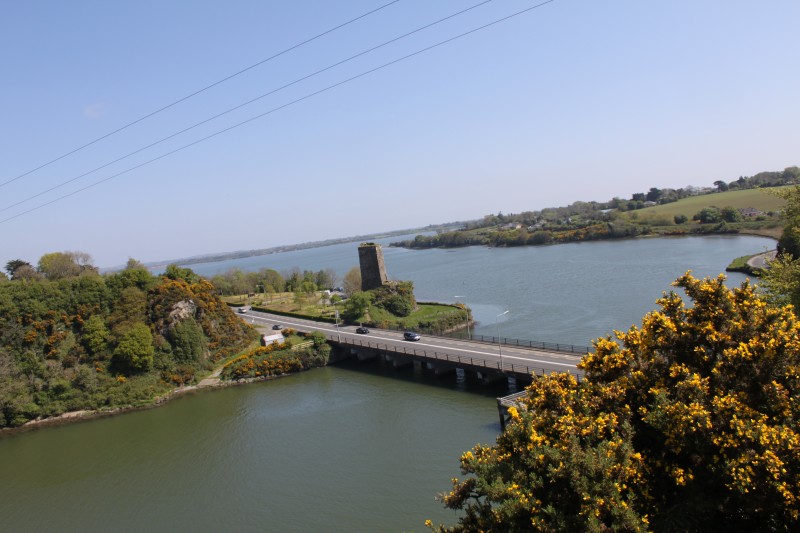 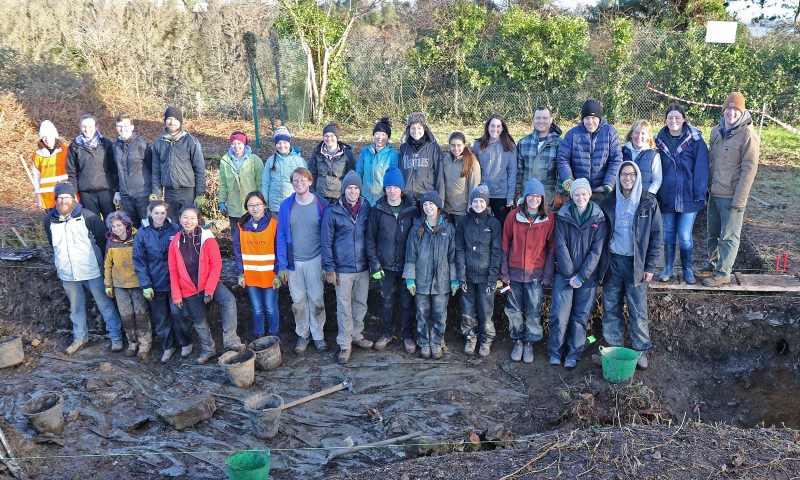 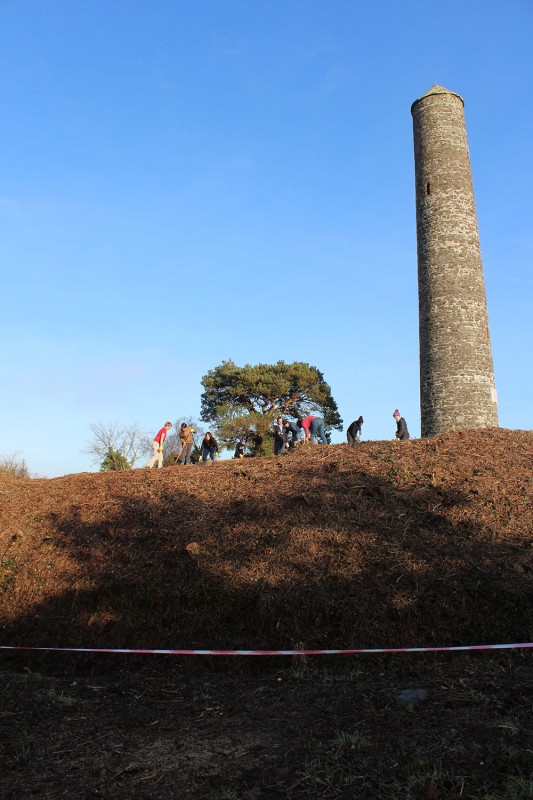 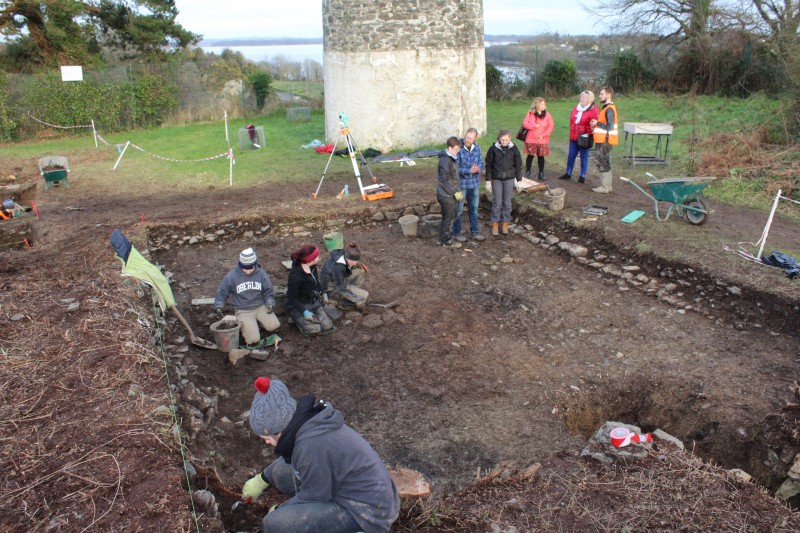 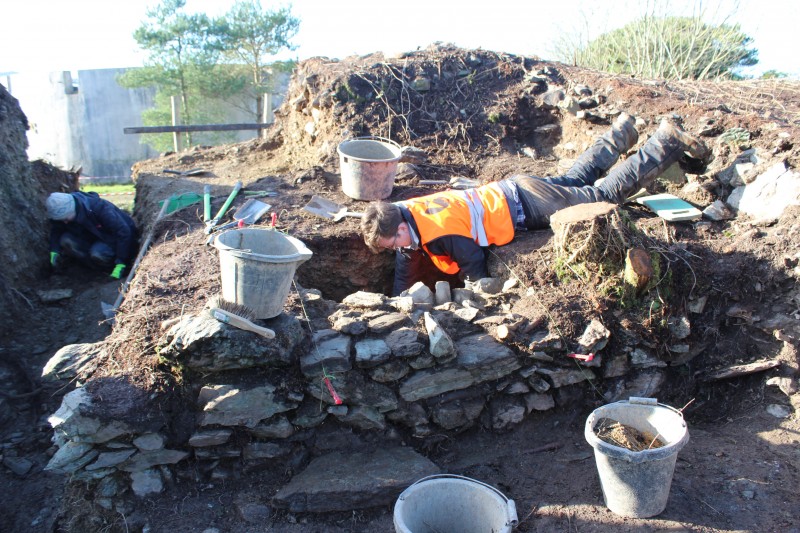 In January 2018, the IAFS, under the direction of Denis Shine and Stephen Mandal, commenced archaeological excavations at the site as part of an international field school. The main agenda for the excavation and associated works in 2018 was to: a) clear the site of vegetation and define the monuments; b) re-expose the cuttings originally excavated by Claire Cotter before undertaking a selective programme of archaeological excavation and environmental sampling (leading to a programme of AMS dating) and c) incorporate the dig into a full program of historical and archaeological research, so that Carrick and its relationship and importance to the surrounding region might be better understood.

While the excavation is just starting, the first season in January saw considerable progress. Two of three previous excavations from the 1980s were re-exposed and re-recorded (Cuttings 1 and 2). A new wall was recorded in Cutting 1. This wall is directly parallel, and may relate to, the ‘revetting wall’ as recorded by Claire Cotter in the 1980s, possibly forming a structure. The wall also joins with a robber trench – presumably representing the quarrying of stone foundations – that was previously identified in Cutting 2, providing further evidence of structures within the ringwork (presumably from the 13th century). Features from the 1980s excavation thought to relate to burnt out 12th century structures at the site were also cleaned and extensively sampled, with charcoal extracted and submitted for radiometric dating. The 1980s section through the earthen bank was re-exposed and extended by 1.5m in width. It was hoped excavation would re-identify the 12th century ground surface and provide an opportunity to obtain datable material. Charcoal from the buried sod layer (relict ground surface) has also been submitted for radiometric dating. A total of 83 artefacts were recovered from this phase of excavation; these have been identified by Claire McCutcheon as including Leinster Cooking ware, Ham Green, Wexford-type cooking ware, Wexford-type coarse ware, Saintonge, Saintonge sgraffito, Bristol Redcliffe etc. These finds are in-keeping with the historical narrative of the site, which indicate the stone castle/town was short lived and restricted to the high medieval period.

Watch more in the Video Gallery