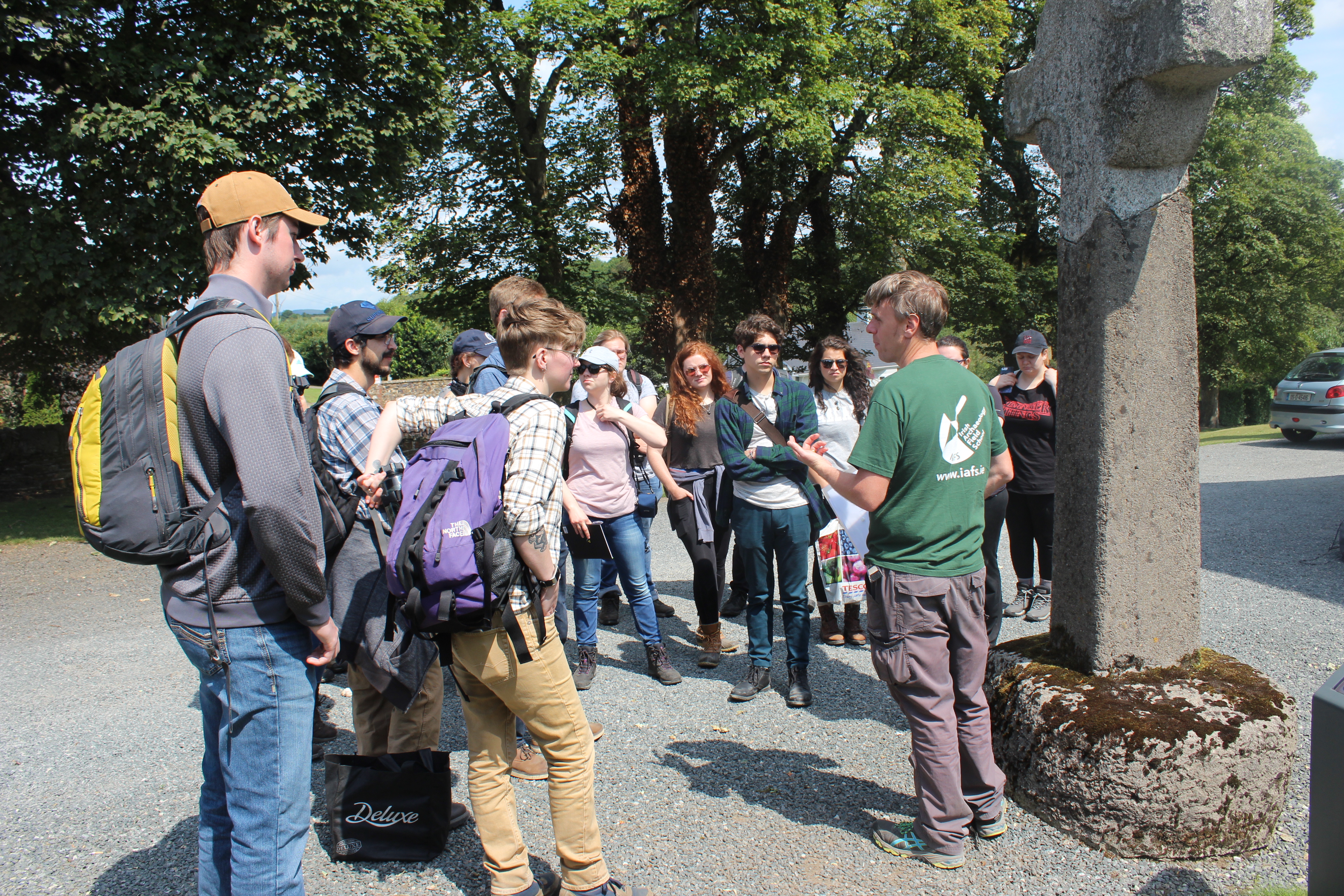 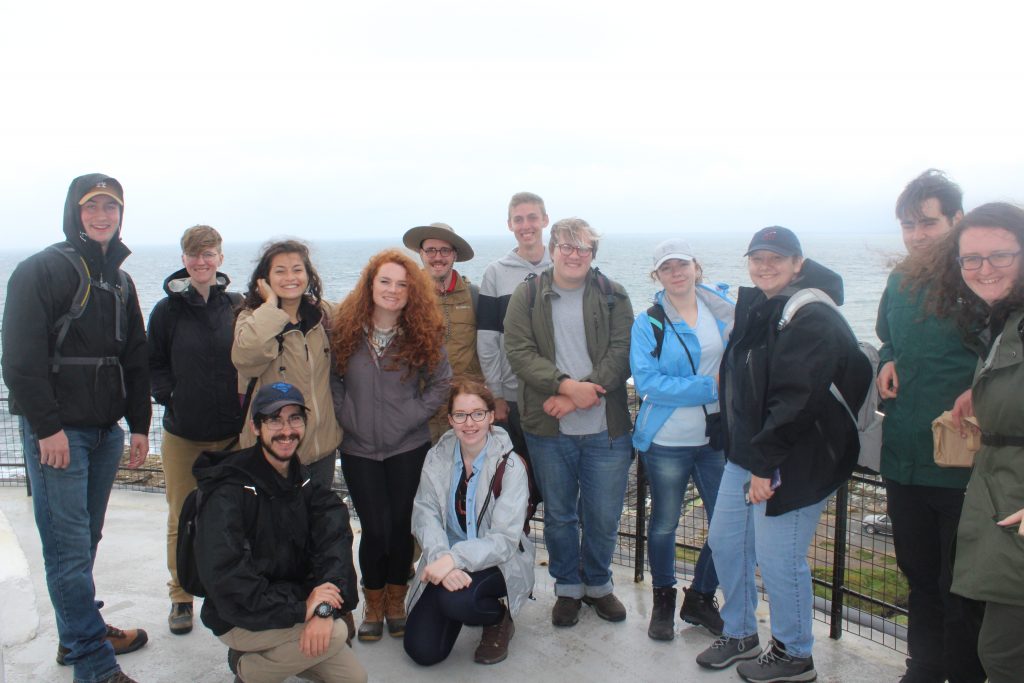 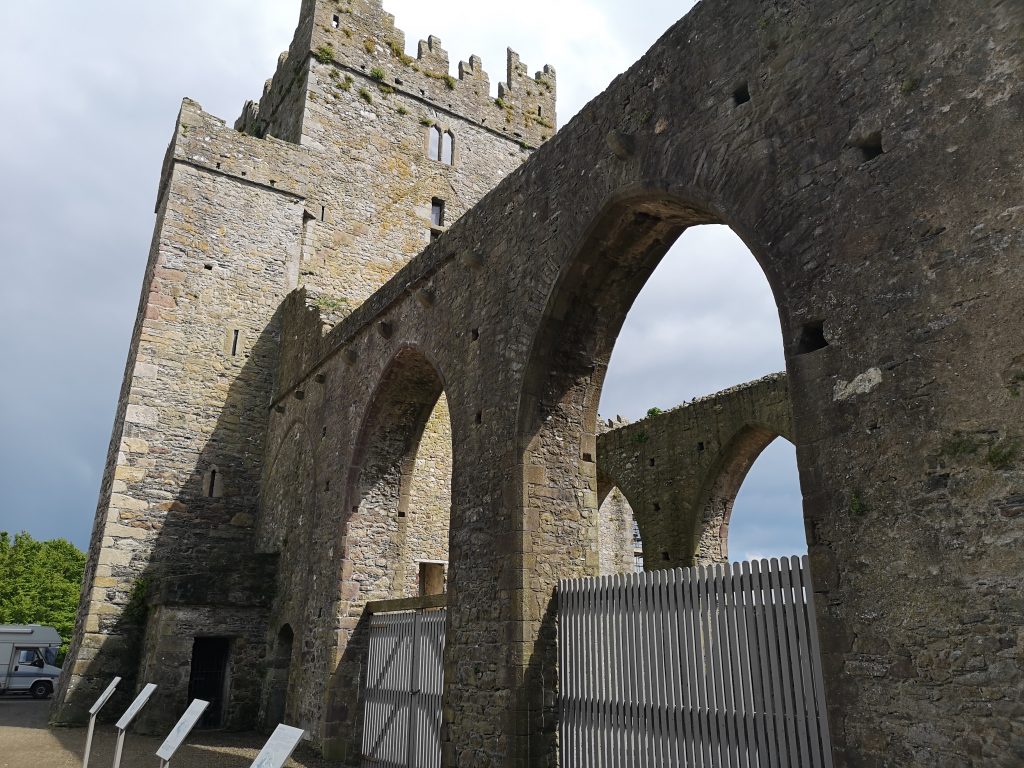 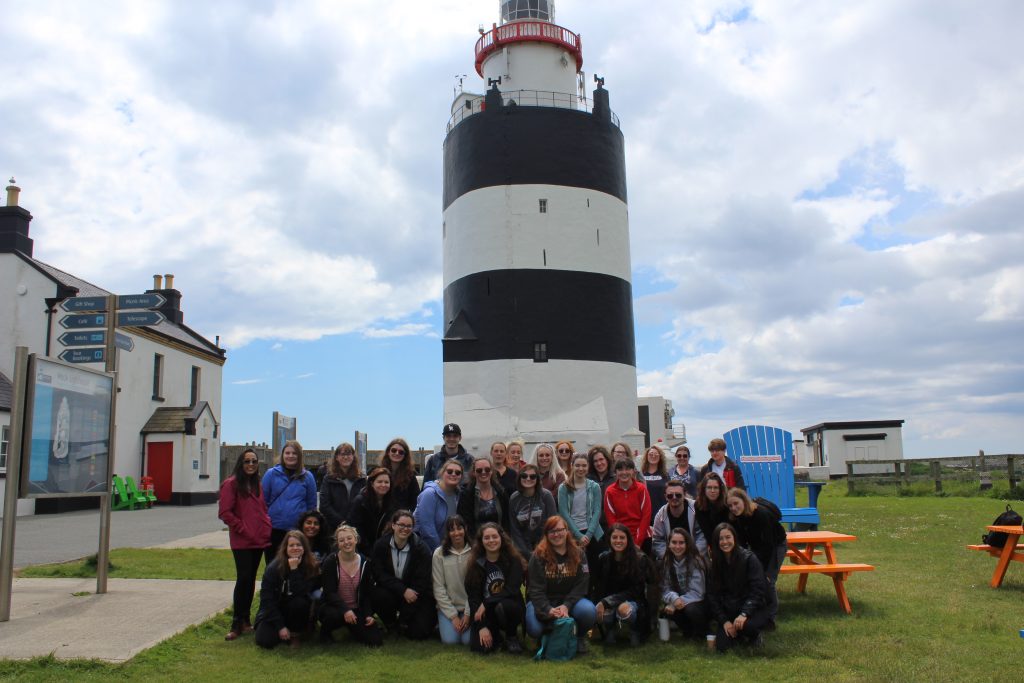 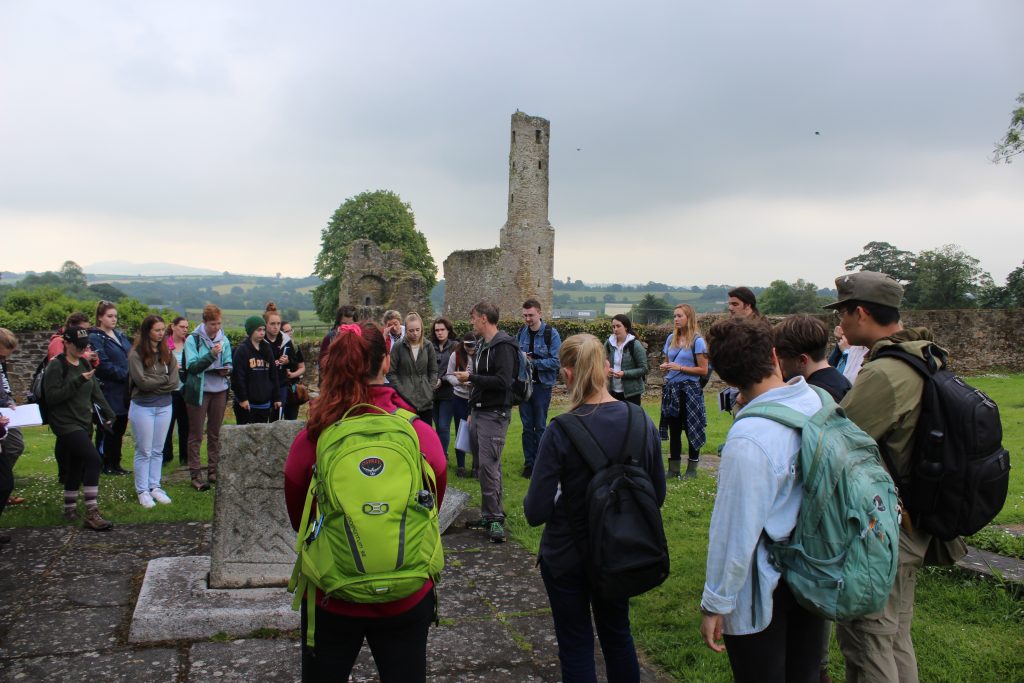 While the majority of time on excavation programs at Ferrycarrig is spent digging and doing post-excavation, we also spend several days at the beginning of most programmes on cultural trips, as part of each course’s academic content. These are nice because they allow students to get to know each other, conquer their jet lag, and most importantly, provide context to the site they’ll be excavating.

The first field trip we went on this week was a tour through the Irish National Heritage Park, where our site is located. This helped students to get familiar with the area and to learn about Irish history through their fantastic replica buildings. After this, Denis took us on a walking tour of the medieval town of Carrick. We visited the location of the medieval town and Roche’s castle. This tour is particularly important because it shows students that our site is not isolated and is associated with a nearby medieval town. Additionally, from Roche’s castle, we can see the strategic location of Carrick on the River Slaney, as it is more easily defendable and the site of Carrick’s deerpark- possibly the first in all of Ireland.

The next day we went to Ferns and visited St. Mary’s Augustinian Abbey, St, Aidan’s Church and Ferns Castle. This town was important in medieval Ireland, as it was the capital of medieval Leinster. Notable names like Dermot MacMurrough and William Marshal were involved in the development of Ferns (MacMurrough founded the abbey in the 12th century and Marshal built the castle in the 13th century); they both also played important roles (directly and indirectly) in our site’s history, giving important extra context to the students.

The final day of cultural trips was spent at Hook Lighthouse and Tintern Abbey. Hook Lighthouse is the oldest operational lighthouse in the world, and was founded by William Marshal in the early 13th century. It was interesting to learn that the lighthouse still had resident keepers into the 20th century and only became fully automated in 1996! Tintern Abbey was founded c. 1200, also by William Marshal. The abbey has beautiful architecture and is surrounded by nature trails, and was a great place to visit! Legends say that Marshal got caught in a bad storm and prayed that if he survived, he would build an abbey wherever he landed, leading to Tintern de Voto (or Tinern of the Vow).

Overall, this day, and all days spent on cultural trips were great because they gave us an opportunity to get to know each other and to learn more about the people and sites associated with our excavation. After a busy few days, the students are all looking forward to getting into the field and beginning excavations tomorrow!

This blog describes the typical cultural trips on an IAFS programme. To see our range of programmes, visit: iafs.ie/programs