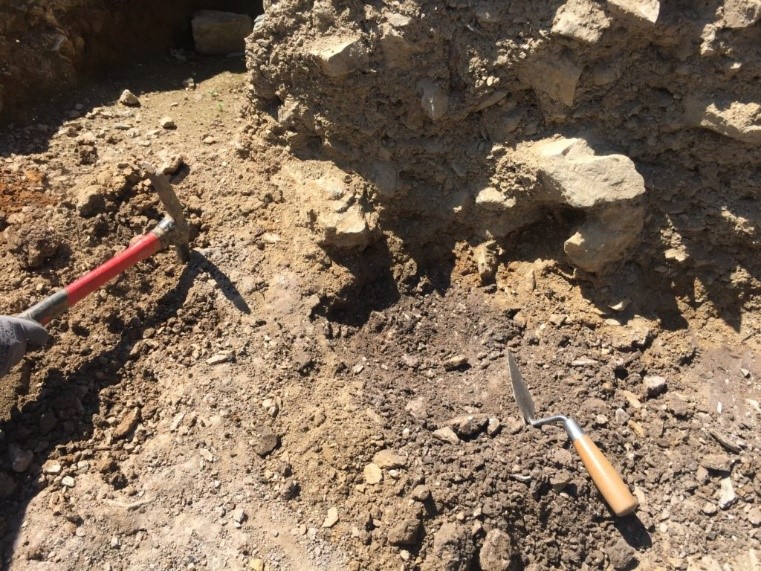 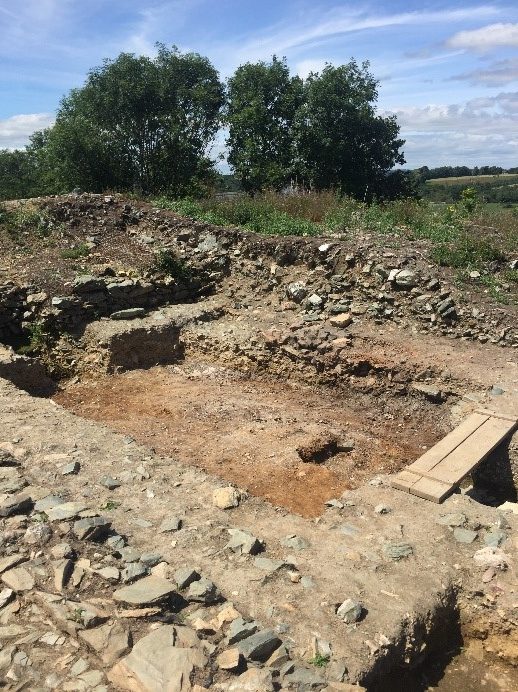 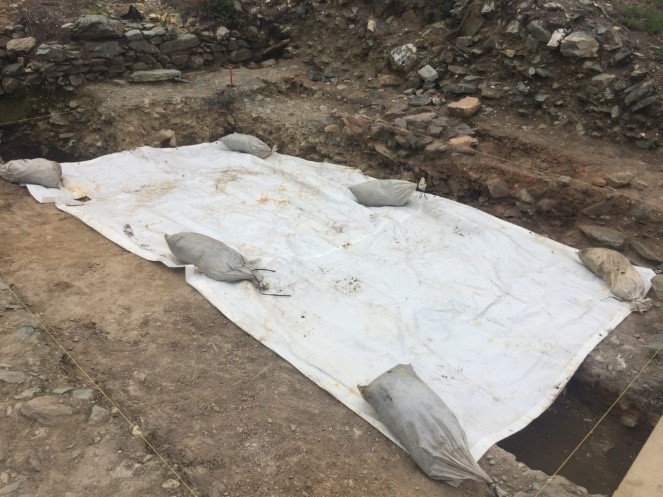 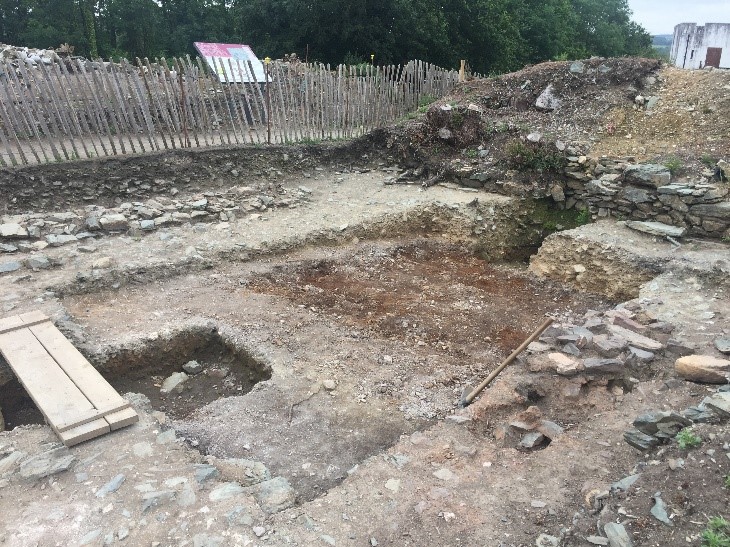 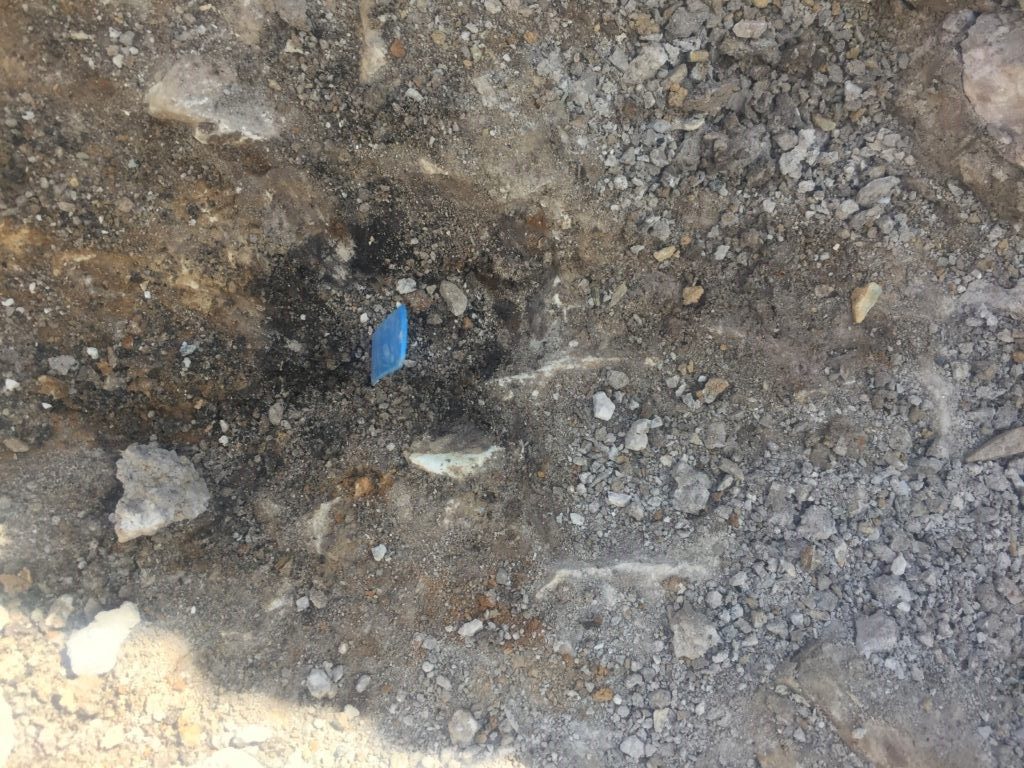 So far, I have spent a majority of this season excavating and planning Cutting 1. Last week, Gwyneth, Alyssa (two other interns) and I started drawing a plan of the cutting and took 42 levels to measure its elevation above sea level in various places. We finished the plan quite quickly and then began cleaning the section (a slice through the cutting’s stratigraphy) to prepare to take photos. This had to be done before we could excavate the next layers. Once that was complete, we began to excavate the area where the furnace was (F1014, F1036 and F1038) and took it down to the 12th century grey clay layer (F1016).

Our progress was quite slow, as it covered a large area. Alyssa and Gwyneth both worked in the middle, while I worked on the edge of the furnace. It was precise work, as I had to be incredibly careful to not collapse the furnace wall. Towards the northern edge of the cutting, we began to recover a lot of finds, consisting mostly of animal bones, pottery sherds and iron slag. Once we finished excavating the furnace layer, we drew another plan to record our progress before resuming excavation.

This plan was much easier than the first one, as I was able to trace much of the old plan onto the new one, omitting most of the rocks and features. The plan was completed relatively quickly and we plotted an additional 33 levels. Then, we were able to continue excavations once again!

At the end of the week, we all visited the Falconry Centre next door. Jim, the falconer, introduced us to new birds and allowed us to handle an owl called Oscar. He was a young and small bird, and Jim even let him sit on top of our heads! In the afternoon, we continued excavating half of the cutting and uncovered more iron slag.

This week, we returned to Cutting 1 to continue excavations. The site was particularly quiet this week, as the new group of students does not arrive until next week. During our excavations, we found a large pocket of charcoal that is large enough and has the right shape to be classified as a posthole, but only time will tell! The posthole was found below the hearth, which adds to the interpretation of the site. By the end of the week, we had managed to excavate the cutting in time for next week’s goals.

This blog describes the IAFS’s excavation programme with the Institute for Field Research. For more details or if you are interested in participating visit:iafs.ie/ifr-summer-4wk