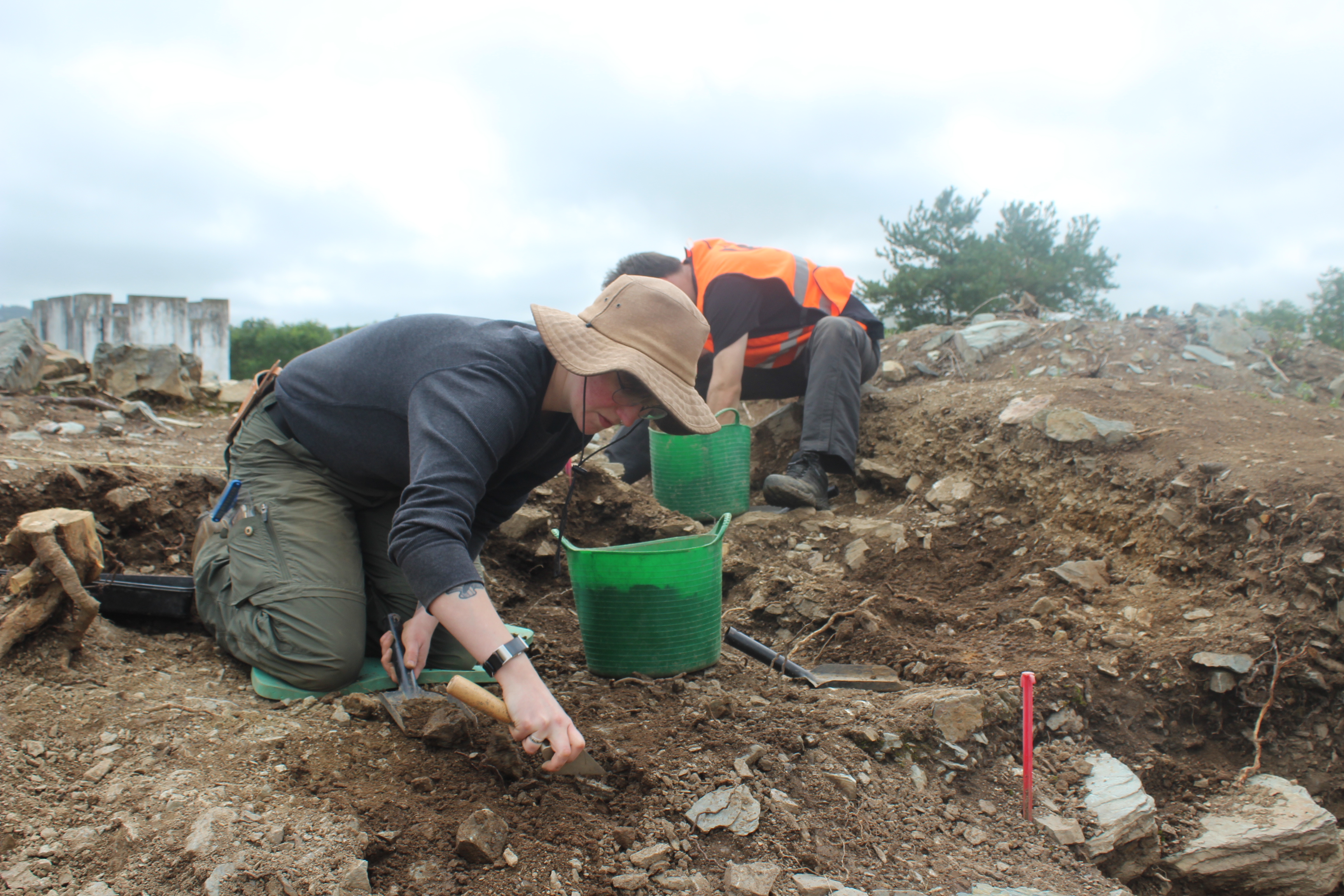 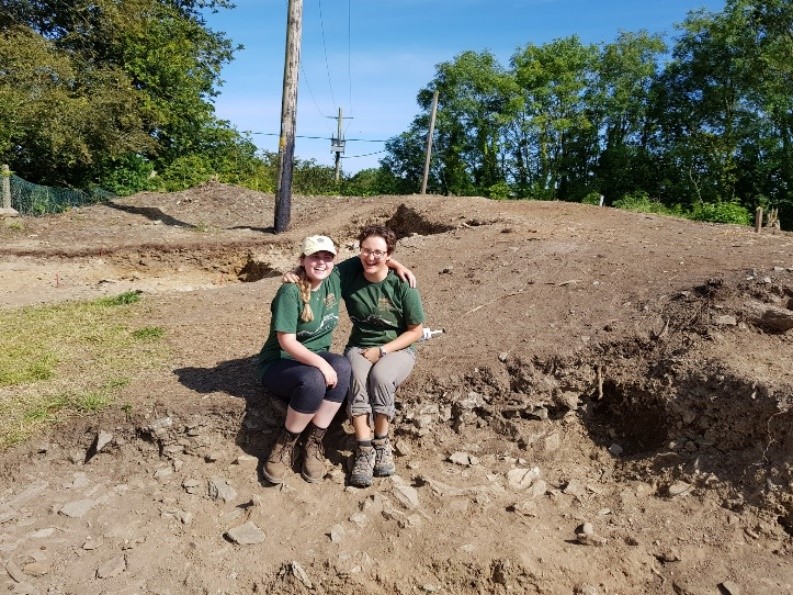 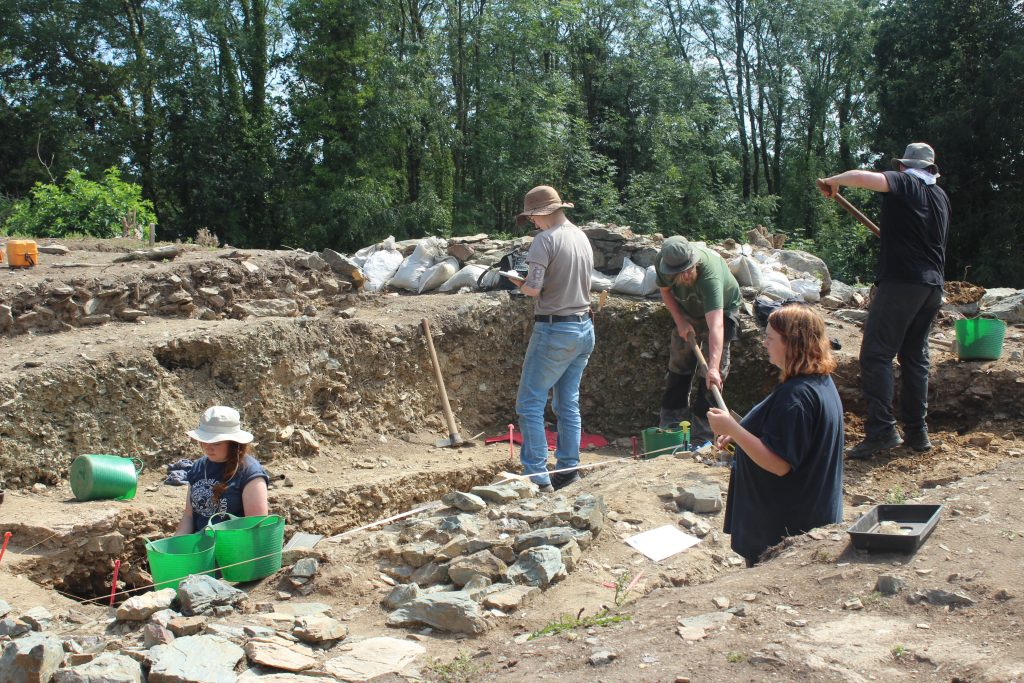 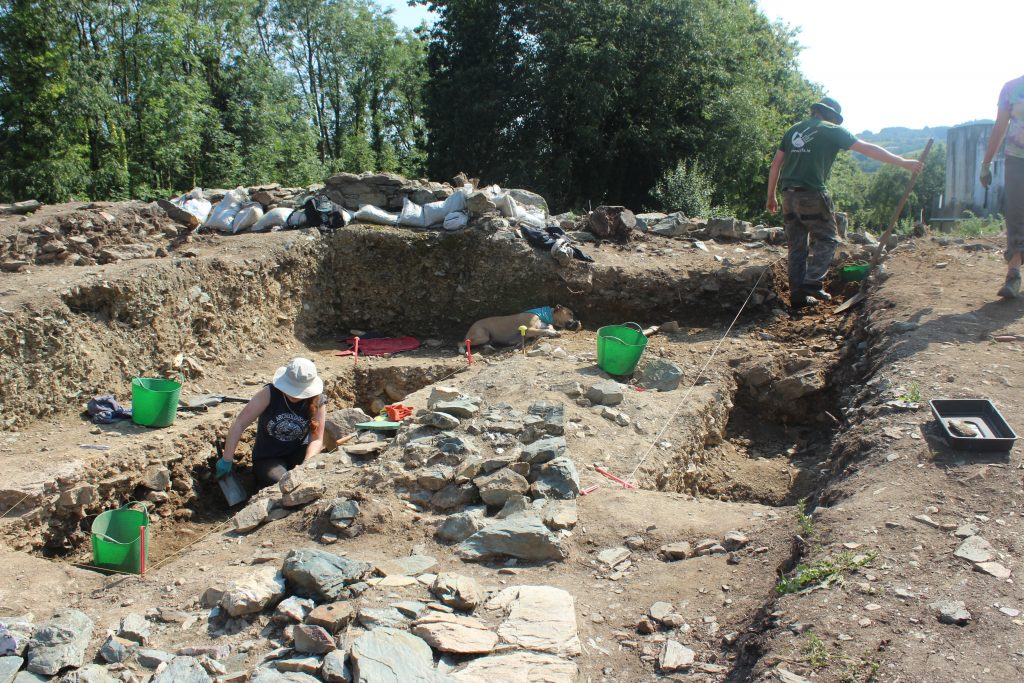 During the 2-week field excavation program from Maynooth University, I was working in Cutting 3. Once the students finished their cultural trips and began excavating, two students, Molly and Josie, joined me in extending the eastern part of Cutting 3.

We began by de-sodding the area so that we could excavate the lower, older layers. Eventually, Josie began excavating the elevated, southern part of the extension and Molly and I continued in the same area. In both sides of the extension, we found stones with glazed and vitrified portions. The vitrified areas are small, but indicate a burnt substance on the stone’s surface. These finds were quite exciting for us, as they may be evidence that pottery was once produced on site, as the pieces are thought to be kiln furniture (or possible waste product of pottery firing close to the site).

Throughout the past couple of weeks excavating Cutting 3, we found some sherds of medieval pottery, as well as animal bones and teeth. We also discovered six medieval iron nails and a few large stones in the lower portion of the extension. Once we had finished excavating, we took photographs of the cutting’s extension and then drew a plan of the area.

While we were working on the eastern extension, students Stephanie and Christine excavated a charcoal layer and post hold near the southwestern corner and other students worked within a new sondage.

While excavating the lower part of the western extension of the cutting, Molly and I discovered a potential robber trench (a cavity or trench where a wall foundation once stood). The soil here is only slightly different in color and consistency, so we will need to do further investigations. This robber trench is associated with a structure on site that is currently tentatively interpreted as a chapel recorded in an inquisition dating to 1324.

As this was the second and final week for the Maynooth Unversity programme, we had to say goodbye to a lovely group of students! We are very excited to welcome a new group soon and continue our excavations in Cutting 3!

This blog describes the IAFS’s excavation programme with Maynooth University. For more details or if you are interested in participating visit: iafs.ie/mu-summer-2wk