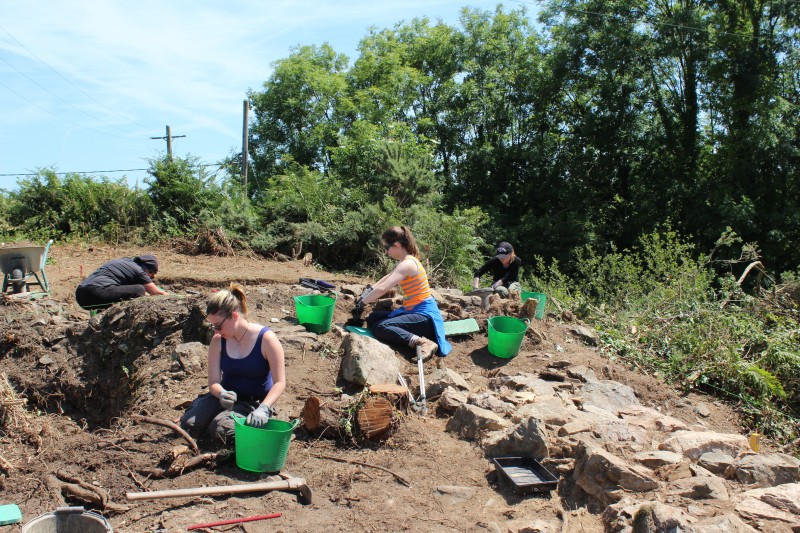 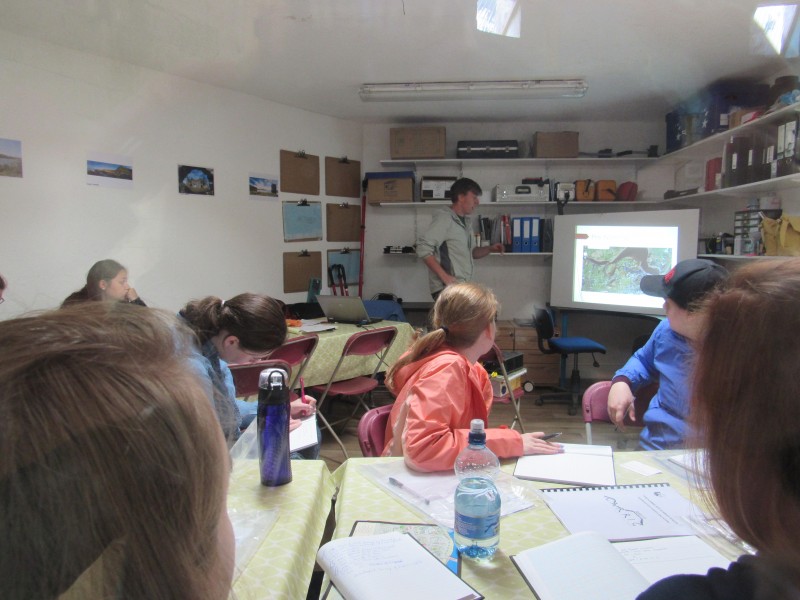 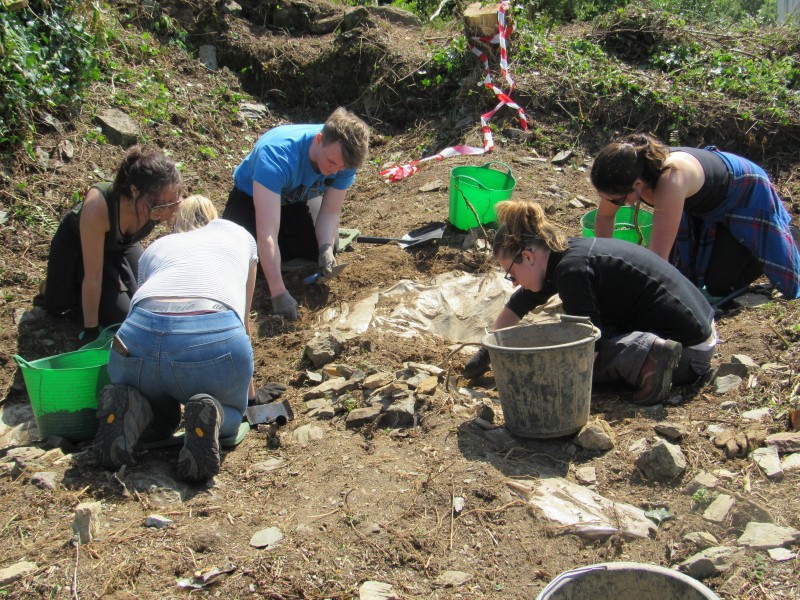 This week, new students arrived for a two-week excavation course with IAFS and thus this season’s excavation began. Our week started with a lecture of the history of Ferrycarrig and the town of Wexford. To make a long story short… Diarmait Mac Murchada, the king of Leinster in the mid twelfth-century, sought aid from King Henry II to regain control of this land. An ambitious knight, Robert Fitzstephen and the Earl of Pembroke, Strongbow took to helping Mac Murchada for the prospect of gaining land and prestige. Carrig was the area chosen by Fitzstephen to build a ringwork castle to establish his power. Even though Fitzstephen quickly lost power, his legacy lived on and so did the castle he built, until around 1324 CE when it was said to be in ruins.

Before any excavations could commence, there was still a lot of clearing of shrubbery that needed to be done. Clara, Maddy, Erin and I continued to clear various plants and soil from the bottom of Cutting 3 in order to expose the plastic left from Claire Cotter’s excavations in 1986-1987 before the establishment of the Irish National Heritage Park.

Actual excavations began on Thursday 21st June after removing several trees and bushes that had grown in the cutting. According to Claire Cotter’s drawings, she had found a curtain wall in Cutting 3, so we were interested to find it.

This week, we also continued research at the library. Our research focuses on the attitude of the Irish towards the English in 1969, on the 800th anniversary of the landing of the Anglo-Normans. I finished reading through Free Press from that year without much luck and started skimming through the Enniscorthy Echo from the same year with little results. However, our research continues and hopefully there will be more information as I read on!