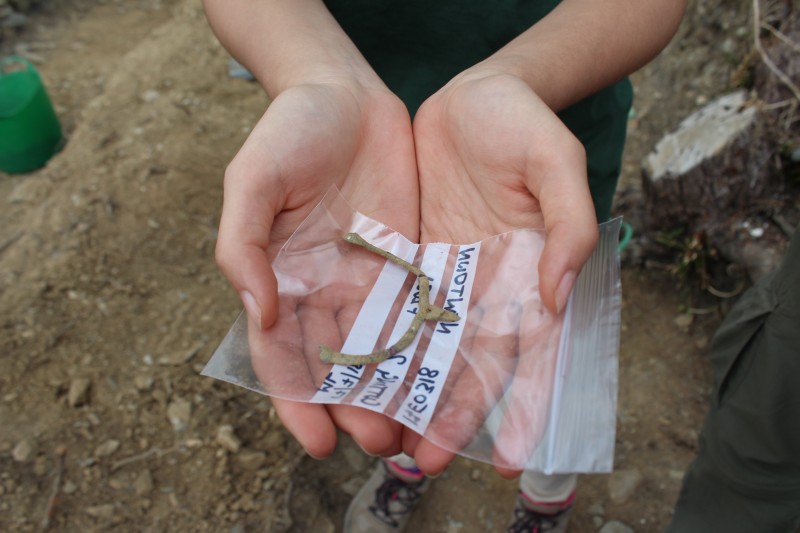 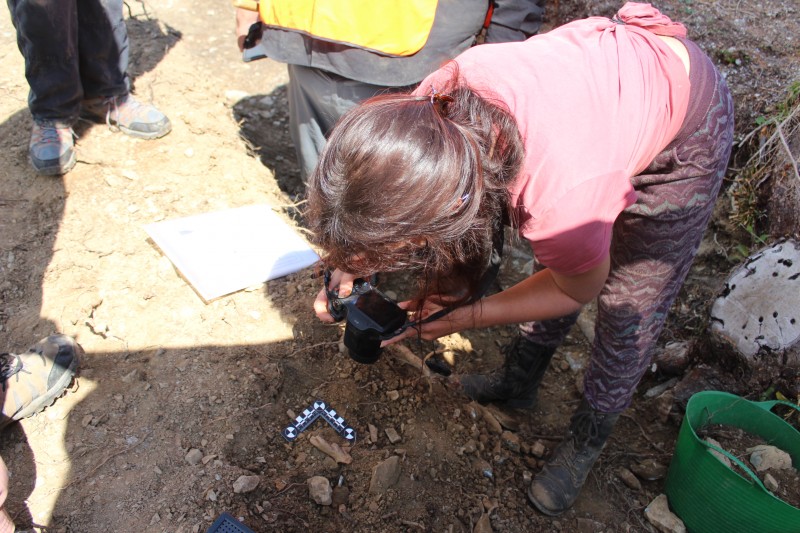 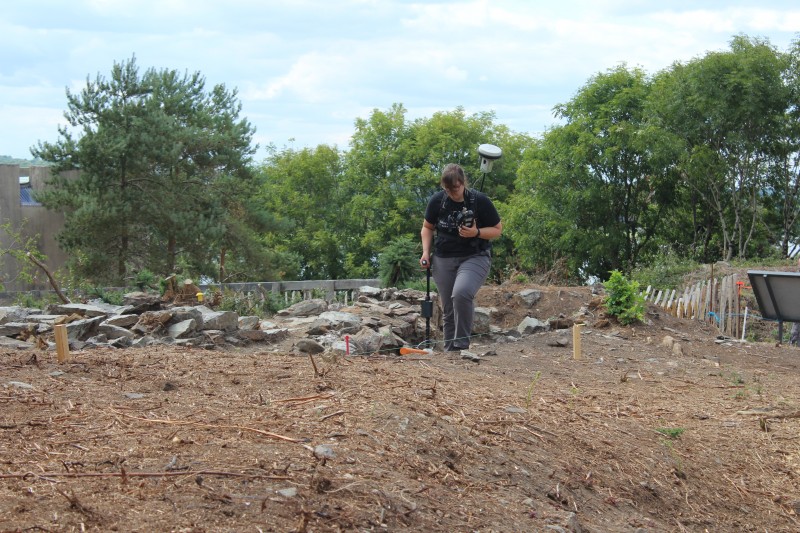 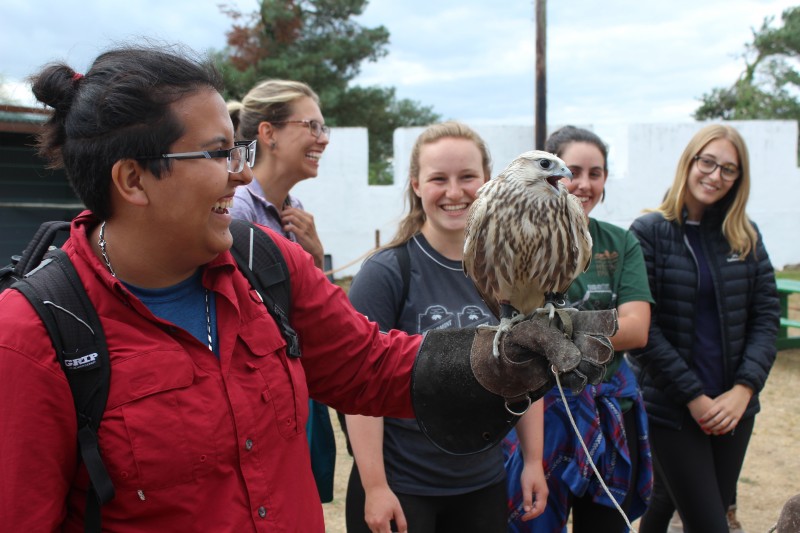 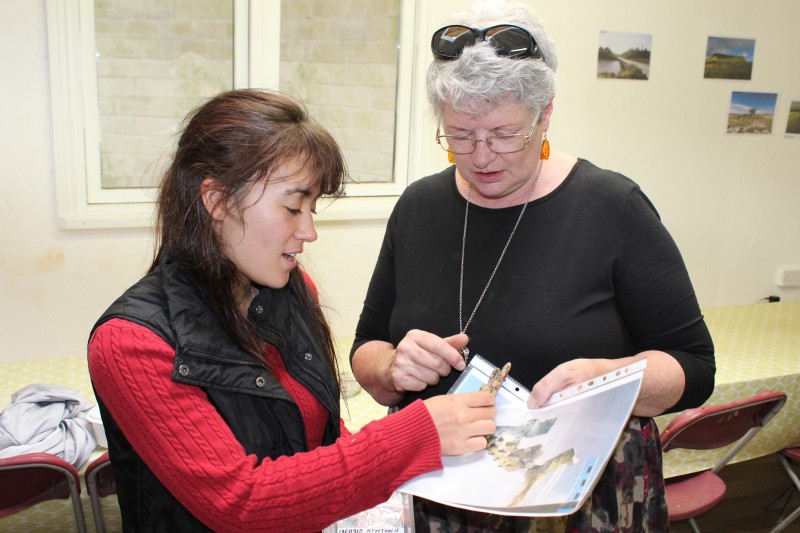 Monday was one of the most exciting days on site of the season. The day started like usual: digging and sieving. My job for the day was to finish removing the orange soil (F1027) from the sondage in Cutting 1, with Edgar. Just an hour or so into the day, Sloane discovered an incredible piece of pottery in Cutting 2 north. It was in the shape of either a horn or claw, with a brownish glaze on one side of the piece. We are unsure about what it is, but will find out on Friday when Clare McCutcheon, a medieval pottery specialist, is arriving to the site. For the rest of the day, you could feel the excitement in the air! In the afternoon, we packed up our tools early and each student explained what was happening in their cuttings. Edgar and I gave a short talk about our sondage in Cutting 1, and explained what we have found and what we think it means.

On Tuesday, the excitement continued, as we had another exciting find in the morning. Melania Leung found what we think is a decoration piece for a horse strap, in Cutting 2 north.  Meanwhile, I was in the Cutting 1 sondage with Gigi, taking photographs and making a section drawing. After lunch we were joined by zoo-archaeologist Fiona Beglane of the Institute of Technology in Sligo. She taught us how to identify animal bones and the species and body part it belongs to. She explained which animals are common in the area – pigs, cows and goats – as well as those that aren’t as common, such as the two missing camels of Ireland! It was fantastic to participate in her workshop and learn more about the types of bones we have been finding on site.

On Wednesday, Ashely Green arrived to conduct GPR and EM geophysical surveys of the fortification site and the town of Carrick. While Ashely did her surveying work, the rest of the students continued in our cuttings. In the morning, Gigi and I finished our section drawing of the Cutting 1 sondage. After that, I started correcting and completing the Cutting 1 feature sheets, and then joined Cutting 2 north and helped them trowel back the section between Claire Cotter’s two trenches. At the end of the day, we packed up early to visit Jim and the birds at the falconry center next door!

The next day, I finished the majority of the feature sheets for Cutting 1, except for the walls, which will need further investigation. I then moved back into the Cutting 1 sondage to see if there were any other foundation stones that were not visible to us at the moment. While doing this, we found that the foundation stones were about 60cm deeper than previously believed and we found the cut that was made in order to place the wall foundation.

On Friday, Ashely finished her surveys at the site and moved to the town of Carrick. Meanwhile, Gwyneth and I made a profile drawing of the revetment wall in Cutting 1. In the afternoon, we all listened to Clare McCutcheon give a talk on medieval and post-medieval ceramics in Ireland. She not only showed us finds that she brought with her, but also talked about our finds, including the piece that Sloane found on Monday. She told us that it was a 13th century local pottery called an aquamanile. The piece that was found was not a claw, but rather a Fallow deer antler and would have been a part of a larger jug in the shape of the deer. She described its significance and said it was a rare find because it was made out of ceramic, instead of the usual metal.