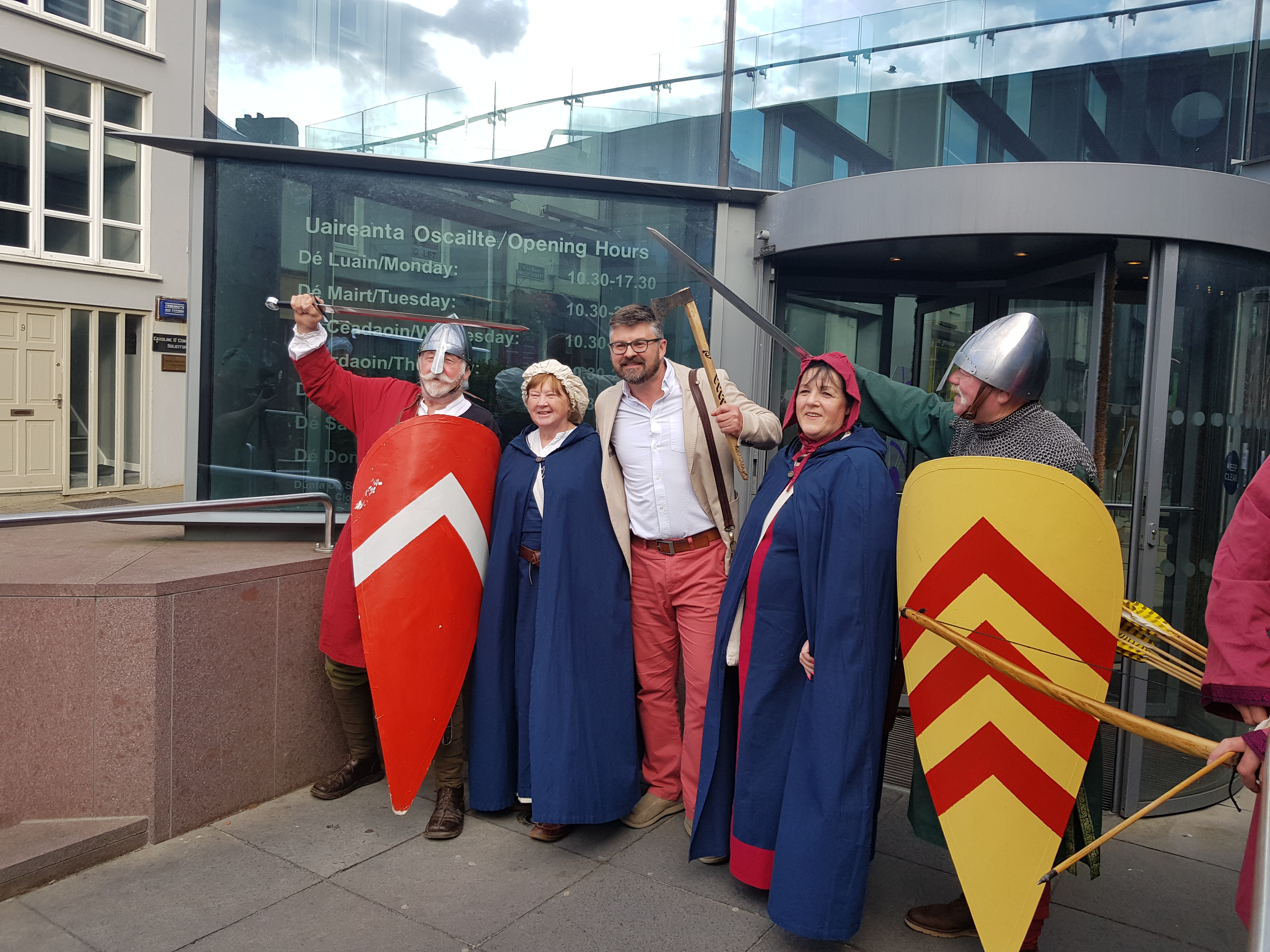 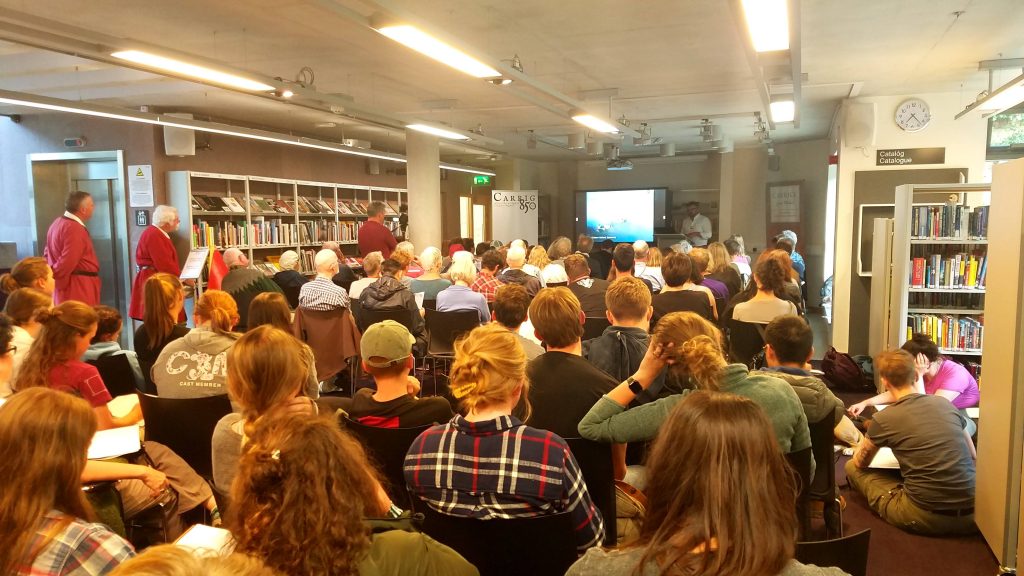 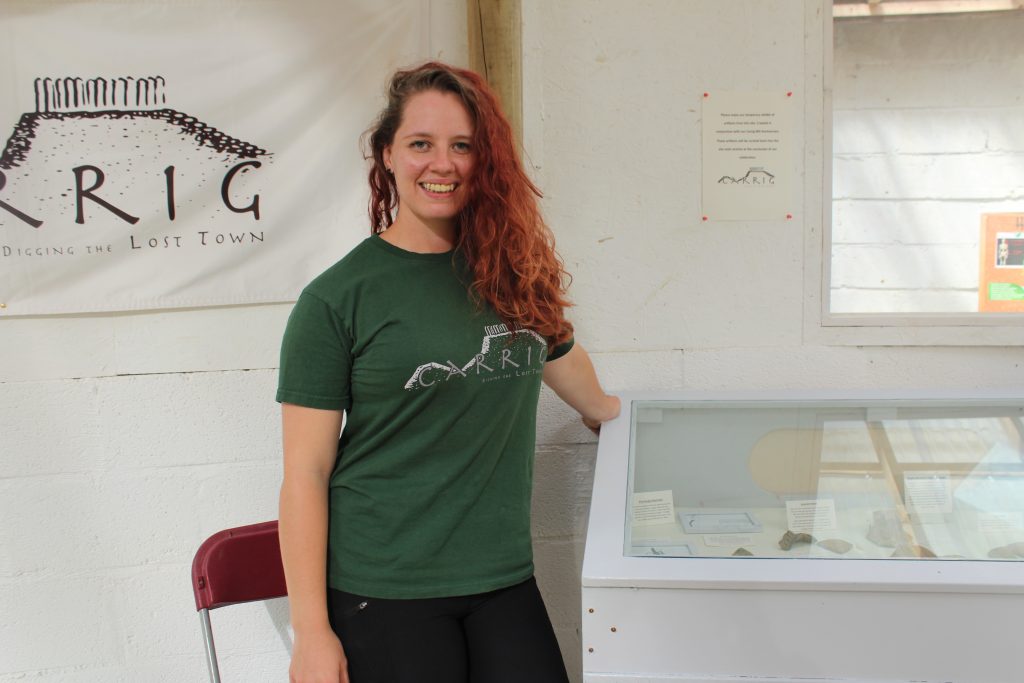 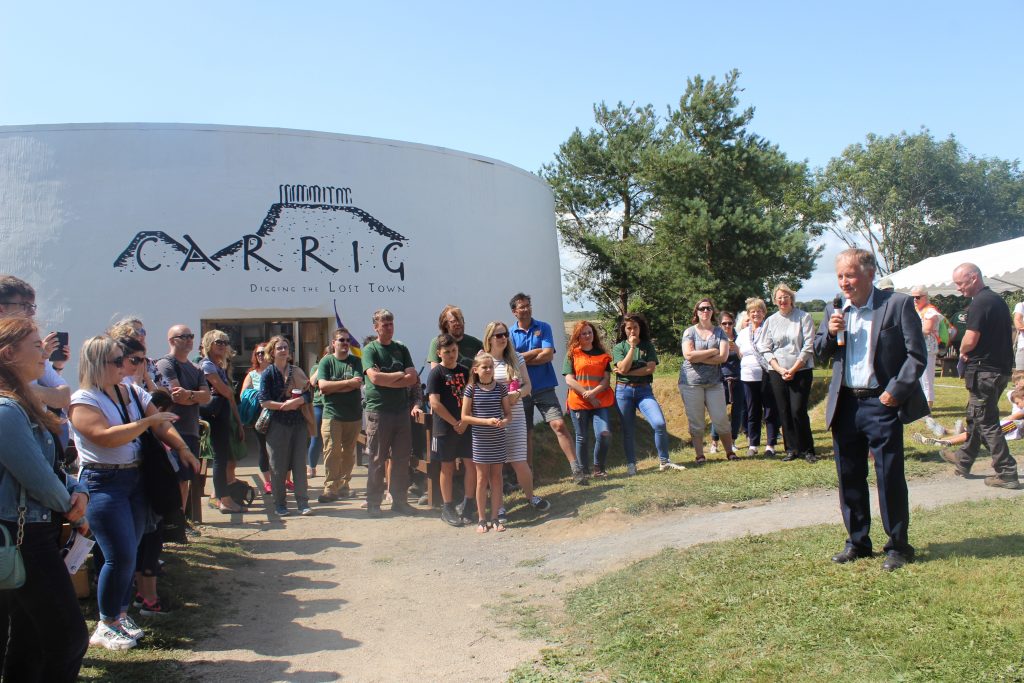 This year is the 850th Anniversary of the Anglo-Norman arrival in Ireland as well as the construction of the Carrick site itself! To commemorate the anniversary, we hosted a lecture series throughout the summer and an Open Day at the Irish National Heritage Park (INHP) on July 26, which ultimately lead up to an international conference and book launch on October 18-19 at the INHP.

For my internship, I helped organize the lectures and Open Day (all lectures were recorded and uploaded on the Heritage Park’s YouTube channel – youtube.com/irisharchaeologyfieldschool). We began the series on June 6 at Wexford Library with Emmet Stafford, who discussed the archaeological context of medieval Wexford. This was a great way to begin our lecture series as it places Carrig in its broader archaeological landscape. Denis Shine presented the next lecture, discussing Carrick itself.  Ian Doyle examined the archaeology of Wexford prior to the arrival of the Anglo-Normans and Michael Potterton discussed the most recognizable symbol of the medieval period: the castle. This final lecture also attracted a group of Norman reenactors from Enniscorthy!

Most of my internship recently has been focused on preparing for the Open Day, which was held on Friday, July 26. This event was the official launch of the Carrig Interpretive Center and hosted presenters and workshops from the Discovery Programme, University College Dublin’s Experimental Archaeology department, Horsemen of Eire, bemusement games, Baya the medieval storyteller, and Dig It Kids camps!

To prepare for this event, I spent a few weeks curating a small exhibition for the Carrig Centre to tell the story of site. I used artefacts found on site, historical photographs of the area, as well as and geophysical survey results. The artefacts were displayed in a case borrowed from a local museum. The case came to us completely empty, so hunted for ways to spruce them up for our exhibition. We found upholstery foam and covered it in ivory fabric, which served as the base. We also closed the openings in the back of the case and placed silica gel in the case to prevent excess moisture from entering and further rusting the iron artefacts.

The exhibit and open day was a great success, with hundreds of people attending, and allowed us to teach the public more about our site.