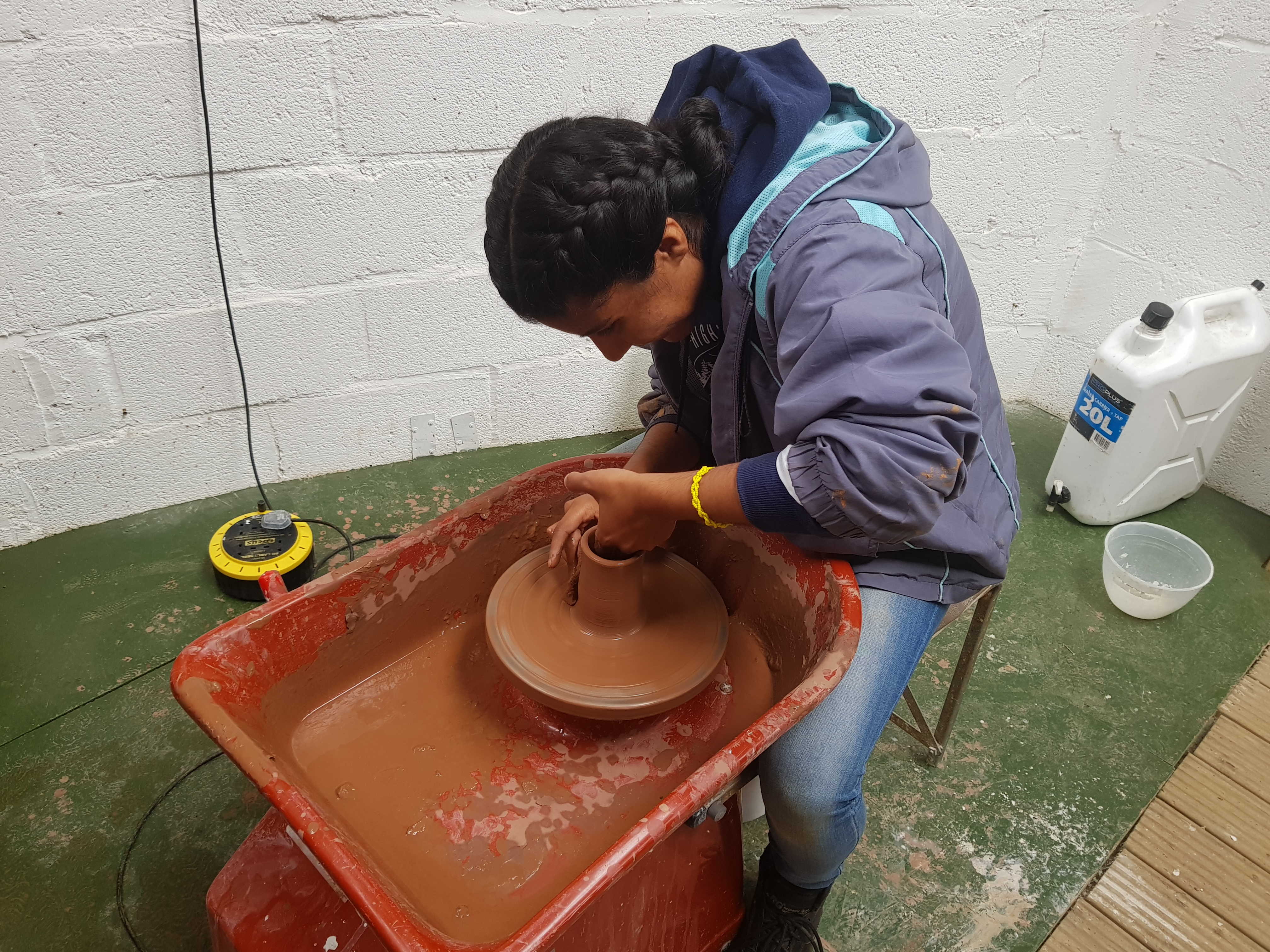 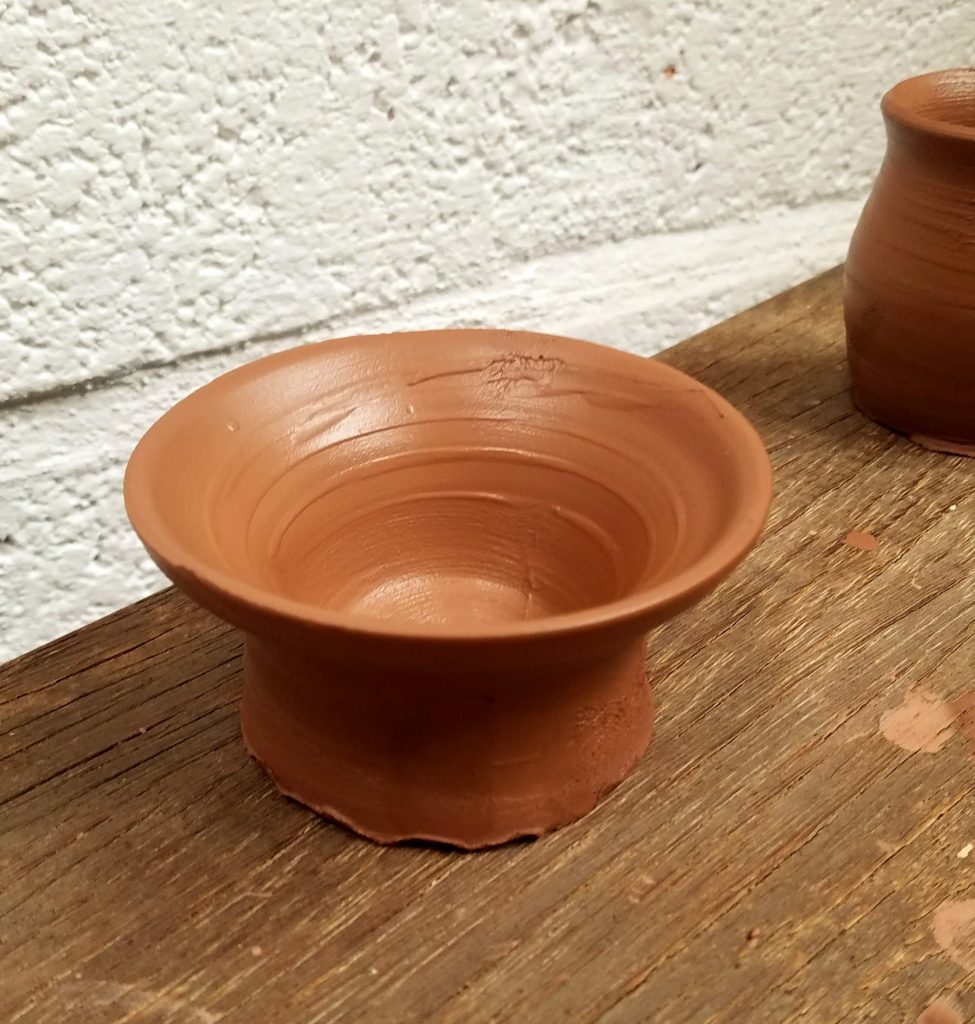 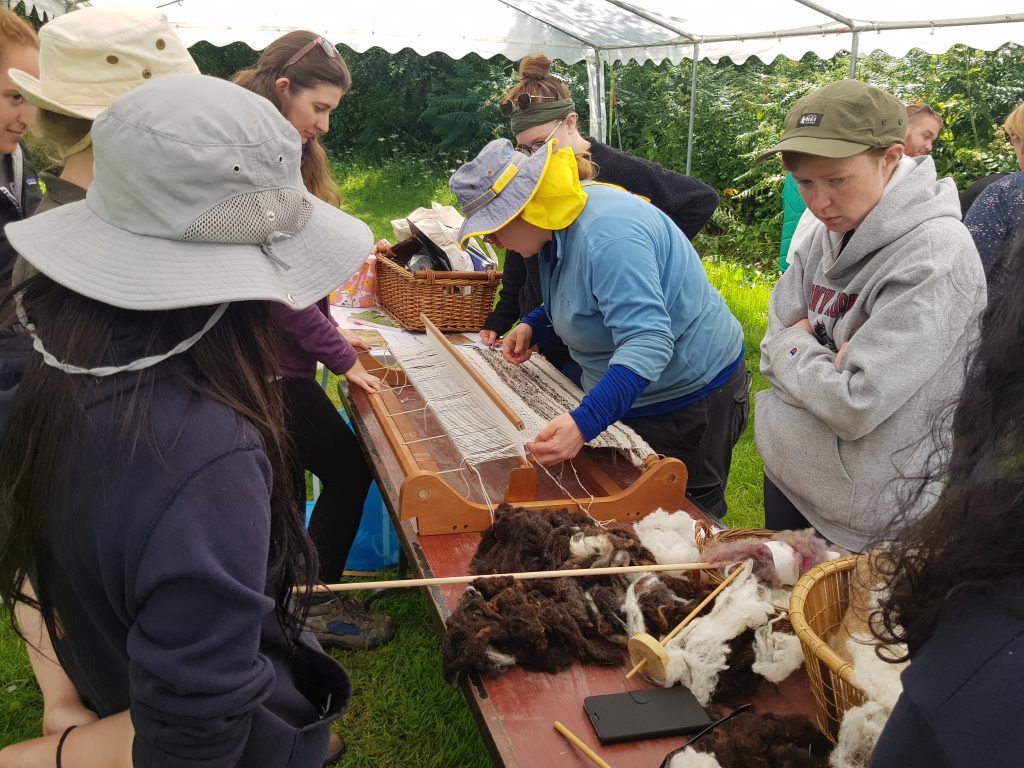 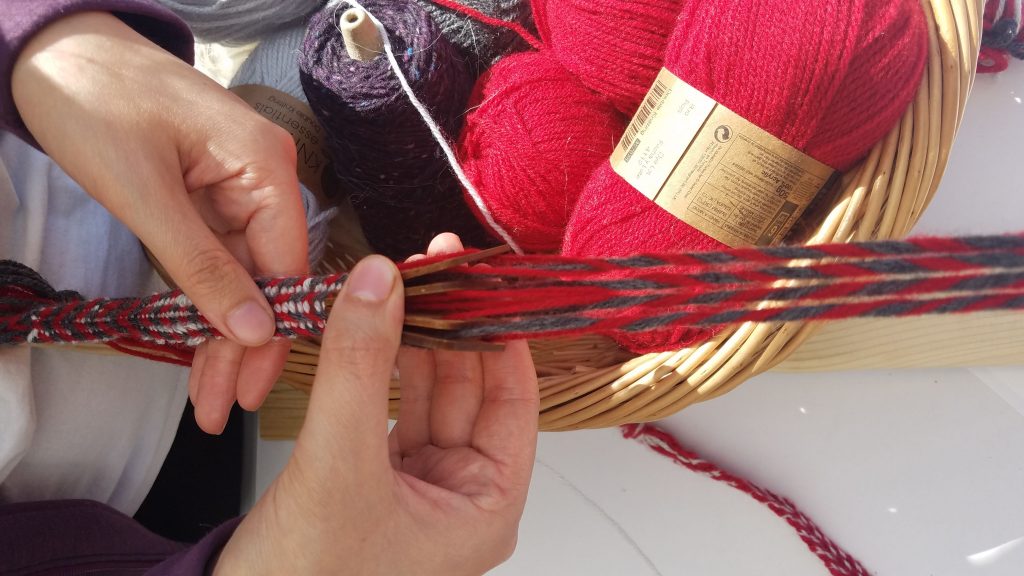 As I continued working in Cuttings 1 and 2 this week, the experimental archaeology students worked with Dr. Brendan O’Neill to learn how to make medieval ceramics and Dolores Kearney, a Ph.D. student at University College Dublin, who taught them about medieval textiles.

Brendan taught us about the evolution of pottery in Ireland from prehistory through the medieval period and then helped us to create pottery of our own! We used a modern electric wheel, as well as a kick wheel, built for us by the wonderful people at the Irish National Heritage Park. I preferred the kick wheel, as it could spin both ways and was more useful for left-handed people like myself!

We’ve found nine different medieval pottery types on the site so far, so it was interesting to gain a better understanding of how medieval pottery was built and the transition from hand-built to wheel-thrown pottery. Actually making the pottery ourselves made it easy to see how wheel-thrown pottery was much faster to make, and could produce more regular pieces. Learning more about how the pottery was produced made it easier for me to then recognize it in the field or lab!

At the end of the week, Dolores held a medieval textile workshop for the students. Textiles tend to be overlooked in archaeology, as it is quite rare for them to survive. It was interesting to learn about them and be reminded that textiles would have been plentiful on a medieval site such as Carrick. I studied costuming a bit during my undergraduate degree and was excited to learn more about this process in particular. We learned how to process raw wool, including cleaning it and spinning it into yarn using hand spindles. We were also introduced to various types of weaving. One type that stood out to me was tablet or card weaving, which would have been used to make decorative borders for cloths or belts.

The experimental archaeology was a great experience because not only were we able to learn about medieval techniques through hands-on methods, but we were also able to relate this new knowledge back to our own site.

This blog describes the IAFS’s experimental archaeology programme in partnership with University College Dublin and Institute for Field Research. For more details or if you are interested in participating visit: iafs.ie/experimental-archaeology-and-materiality-of-the-medieval-period-in-ireland