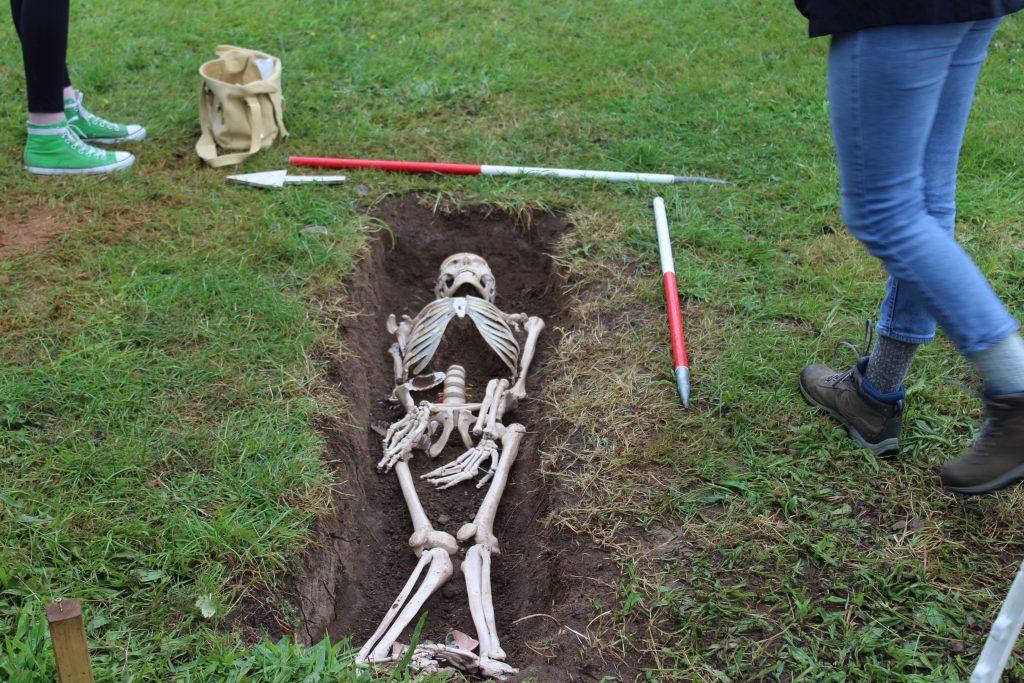 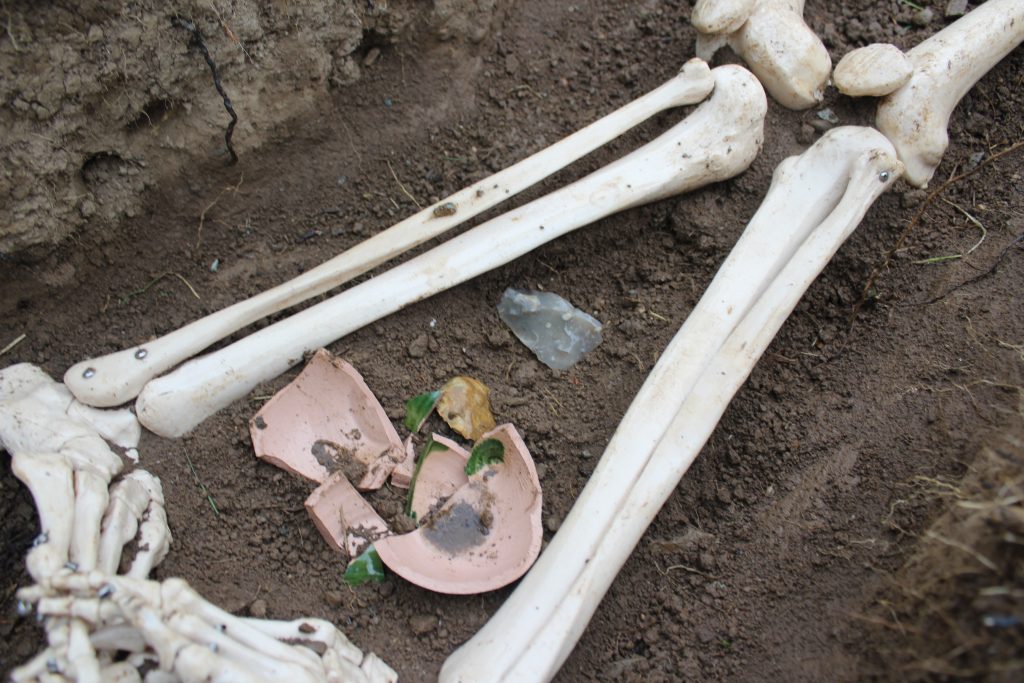 Although there have not been any human remains found on site at Ferrycarrig, the IAFS and Maynooth University have partnered to provide a forensic anthropology course associated with the “Digging the Lost Town of Carrig” project. The course was one week long and took place inside and beside the Carrick Centre at the Irish National Heritage Park. The program generally focuses on learning how to excavate staged burials before learning how to examine human remains for sex, age, stature, pathologies, etc., with Dr. Dara Fleming-Farrell.

On the first day, Denis and Richard (IAFS staff) taught us the basics of excavating human remains. We split into groups of four and each group was assigned a staged burial. The excavation technique was similar to my experience on an archaeological site; however, in a forensic context, there are some additional requirements when excavating human remains. For example, protective clothing must be worn, there should only be one path in and out of the crime scene, and there are different legal requirements and a “chain of custody” list.

We spent two days excavating the burial and discovered it was a Christian burial, due to the east-west orientation of the body. We also found pottery sherds and an axe inside the burial. Once excavation was complete, we had to draw a plan of the skeleton. This is essentially a scale drawing of the burial, and was definitely the most difficult part! To make the plan, we measured key point of the burial and the finds within it, and then measured the height above sea level at various points using a tool called a surveyors level.

After the excavation and plans were completed, we learned about the history of forensic anthropology and how to identify the sex, stature, and age of an individual.  We then used this newfound knowledge to practice examining human remains. This proved to be more difficult than expected, as the stature and sex of juveniles can be difficult to determine, and stature can only be determined if there are enough intact bones.

On the final day of the programme, Dara taught us about paleopathology and trauma. The most common thing to identify is osteoarthritis because is causes eburnation, which makes parts of the bone appear glassy, shiny or polished. It also causes increased pitting (or porosity) and osteophytes, which is essentially bone buildup. Many other diseases and traumas can appear on the human skeleton, but the only examples we saw in the laboratory were osteoarthritis and blunt force trauma to the skull.

The week went by quickly, but was a great introduction to forensic anthropology. Next week we are beginning excavation on the Carrig site, and we are all looking forward to it!

This blog describes the IAFS’s forensic anthropology programme with Maynooth University. For more details or if you are interested in participating visit: iafs.ie/forensic-anthropology