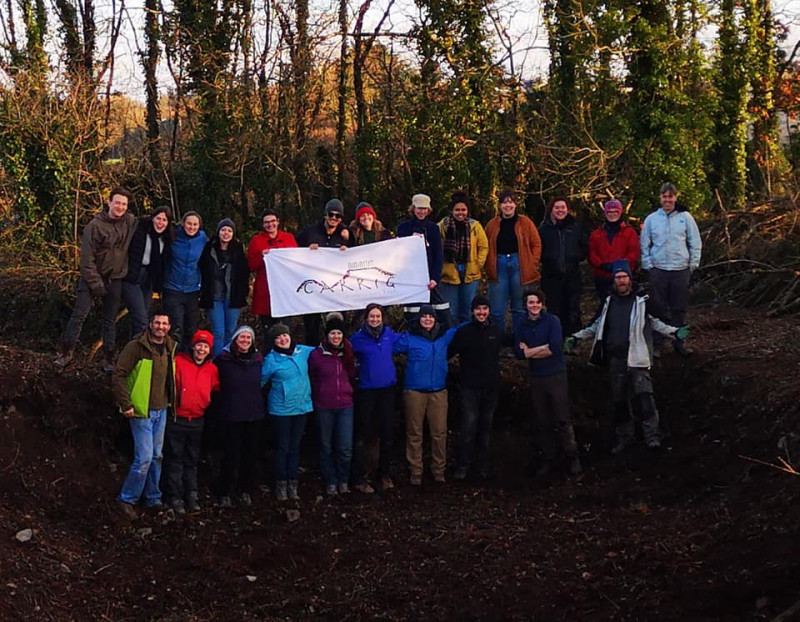 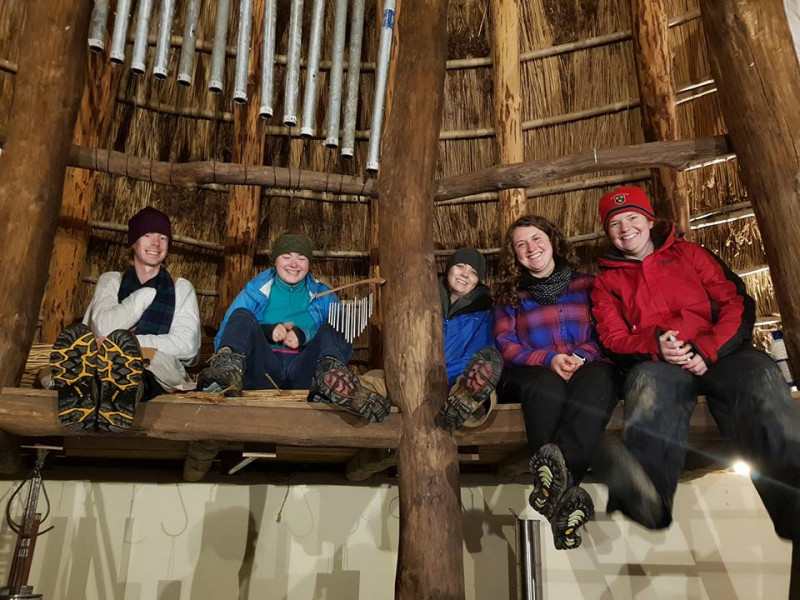 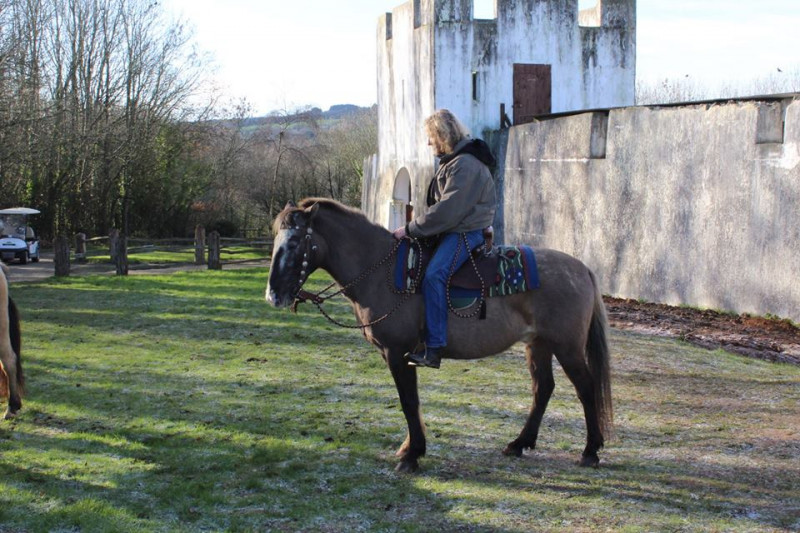 The final week of the Wexford part of my internship began with amazing weather. On the Monday I was once again in Cutting 2 – this time with a barrow in hand as me and Richard, the site supervisor, were working in a recess at the back of the cutting. This area had been backfilled since the previous excavations undertaken on the site in the 1980’s but still contained many sherds of medieval pottery. As most of the serious digging in the rest of the cutting had been undertaken the other students spent the day recording, photographing, drawing, and excavating possible stake-holes within the cutting. Alan, the parks cameraman, was on site recording a detailed update of the dig, and what we achieved, which can be found on the parks YouTube or the Irish Archaeology Field School Facebook page!

Tuesday unfortunately brought back the cold weather to the sunny southeast of Ireland but that did not dampen the work effort, as much as it dampened the rain jackets! Excavation continued in Cutting 2 while cutting one’s team mostly undertook drawing. The team of Cutting 1 were also extremely fortunate to gain a rare bird sighting of the Wexford Sparrow, a rare bird of the region (one which they entirely made up!).

Wednesday was a perfect example of the unique and special working at such a wonderful site like the Irish National Heritage Park can be. Preparations had partly begun to ready the site for further work in the coming summer. After a frozen morning in which no one could conduct work as the ground was too hard some of the students continued drawing and recording while some others began to removed plant life from the ditch around the site. This is due to the possibility of new cuttings being undertaken in this area later. The day was business as usual until two horses arrived, with riders, to film a medieval battle recreation for the park. This was an amazing display of mounted combat, which distracted the staff and students for several hours. Dan and Tiana, two of the students, even got to look after the horses for half an hour while their owner was shown around the site.

Thursday was feast day! A medieval feast was created at the Heritage Parks Crannóg (a replica early medieval settlement). A Fulacht Fia, a traditional inground bronze age cooking ‘trough’ heated with hot stones, was used to boil ham, which was then consumed by the students and staff. A pizza oven made of clay was constructed by Richard in one of the small huts and used to make pizza while a small fire in the same hut was used to grill vegetarian and normal sausages. Everyone ate, played and laughed all day. Many of the students donning traditional dress got to learn about and practice with the parks recreated weaponry – all In a safe manner of course!

Friday was the final day at the park for the students and my final day in Wexford. The cuttings were prepped and protected for the rest of winter to avoid damage until the summer. Everyone said their goodbyes and headed off home or to further travel and adventure. I packed up my stuff said goodbye and thank you to my wonderful homestay (Jackie + Family + Pets) and headed off down to Birr for the next part of my program.