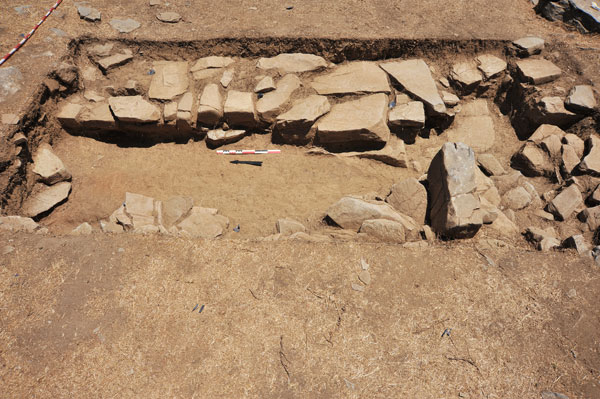 Area 1
We continued to remove the fallen stones from the partition wall, excavating a total of five layers. We also started to reveal the well-preserved foundation of the wall. Once again, we found bones, burnt wood, and numerous sherds.
[imagebrowser=28] Area 2

We removed a great quantity of small, medium, and large stones in order to investigate any potential underlying structures. We found an area with a dense accumulation of at least seven vessels and various sherds. Meanwhile, we continued excavating under the removed slabs and uncovered two courses of stones.
[imagebrowser=29] Area 3

When one of four trenches was opened in area 3, a wall was revealed