Jodensavanne 2020: Sherds with a Story 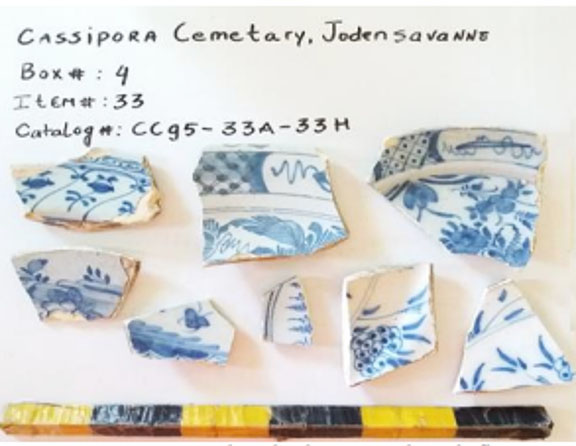 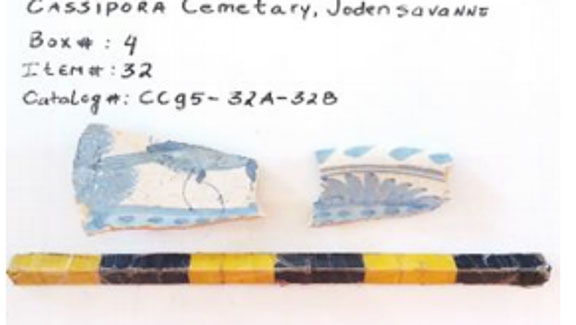 Archaeological research is more than excavation. Here is one of the projects being undertaken by members of the Jodensavanne research team.

Project Title: Sherds with a story: an archaeological investigation into the origin of the pottery remains from Jodensavanne

By: Sushmeeta Taruna Ganesh BSc., Graduate at the History Department of the Faculty of Humanities and Anton de Kom University of Suriname, Paramaribo, Suriname

Ceramic sherds dating to the colonial period were collected during archaeological work at Jodensavanne and extensively analysed. The artifacts included stoneware, rough earthenware, faience, refined earthenware and majolica. With the help of pottery analysis, it was concluded that colonial ceramics had likely been imported from England and the Netherlands between the 16th and 19th century. Baking temperature, tempering, glazing, decorative style, and manufacture methods of the ceramics have also been identified. The historical background of the ceramic sherds will form the basis for future excavations in and around Jodensavanne. All images of ceramic sherds are from Sherds with a story: an archaeological investigation into the origin of the pottery remains from Jodensavanne, by S. Ganesh, 2018.

Jodensavanne 2020: Sherds with a Story

Ceramic sherds dating to the colonial period were collected at Jodensavanne, Suriname.

Nails found during excavations at Jodensavanne helped learn about the types of buildings that once stood in the old village.