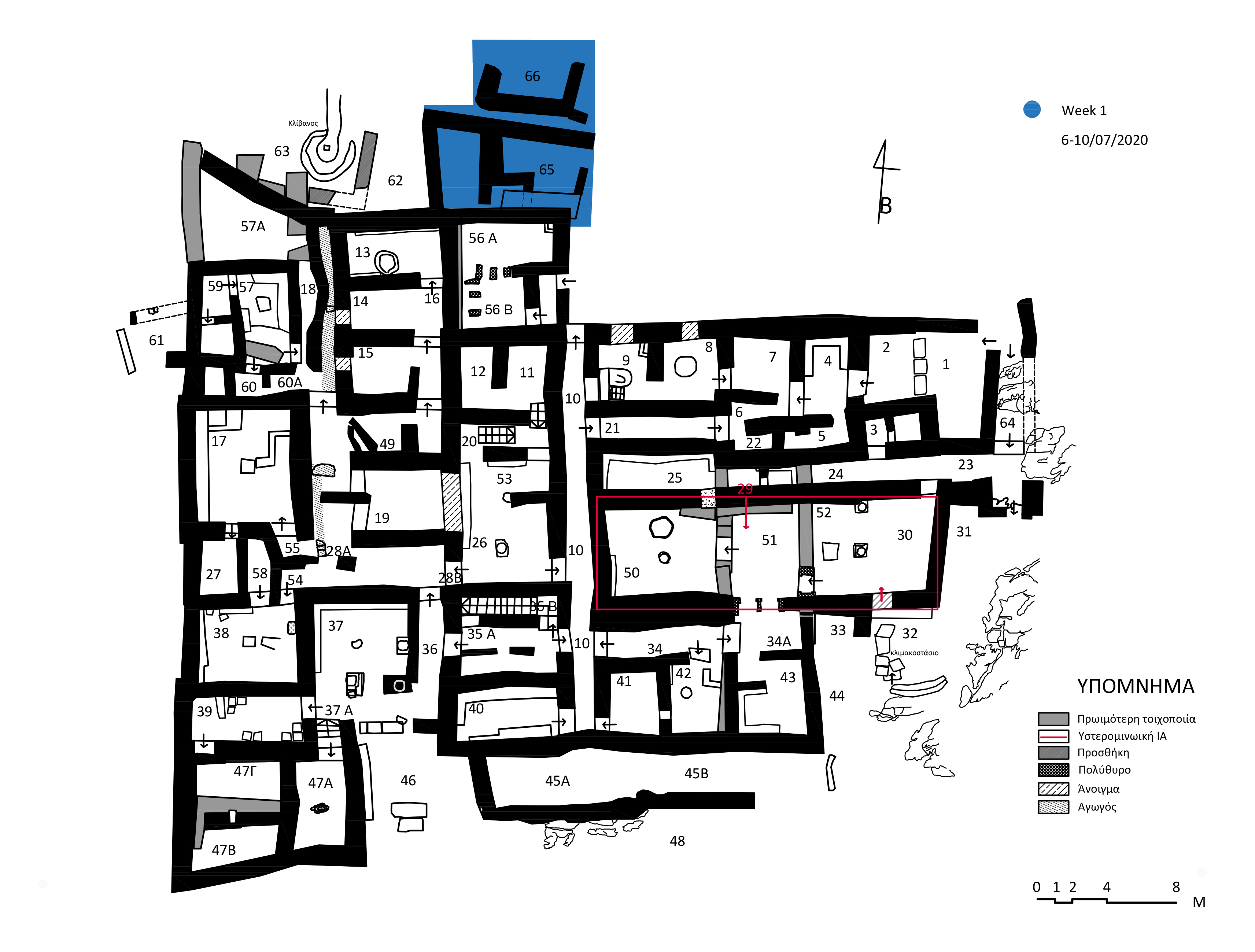 Despite the difficulties due to Covid-19, the decision was taken to continue the excavation works in Zominthos.

This week’s excavation started outside and north of the central building where a geomagnetic research showed the existence of a complex of buildings (Fig.1).

In particular, during the course of the investigation, the existence of a complex of buildings called the “Northern Complex” was confirmed to the north of Room 56 and, so far, includes the rooms 65 and 66.

This is the complex of the Old Palace Period on top of which the building of the New Palace period was constructed, contemporary of the Central Building.

Some very significant finds were uncovered, such as figurines from the Old Palace period, most notably “The Lady of Zominthos” (Fig.2, Fig.3).

There is strong evidence that there is a sanctuary because of the existence of the altar in the southern part of the room ,where last year, a huge number of vessels were discovered, among them rhyta.

Investigations north of room 65 began to reveal a paved room with a part of pipeline.

The whole complex was used continuously up until the Venetian period as shown by the discovery of a coin of the “Doge of Venice” Pietro Gradenigo (Fig.4) which confirms the timeless use of the space.