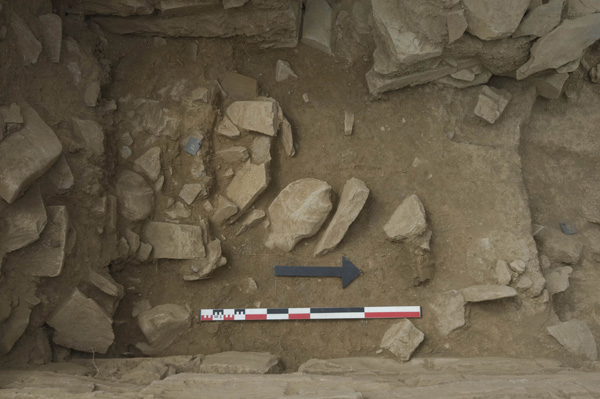 Passageway 16 after excavation; sherds of large vessels and an inverted conical cup

In order to better understand the area occupied by the Central Building and to complete its ground plan, we conducted a geomagnetic prospection to trace any structures, mainly walls, that remain covered to date. 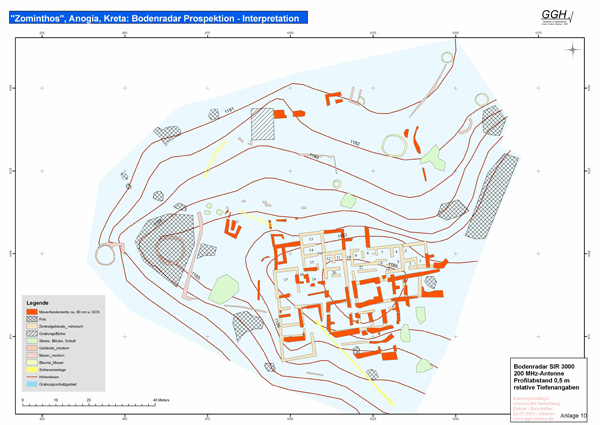 Orange color indicates the walls identified by the geomagnetic prospection.