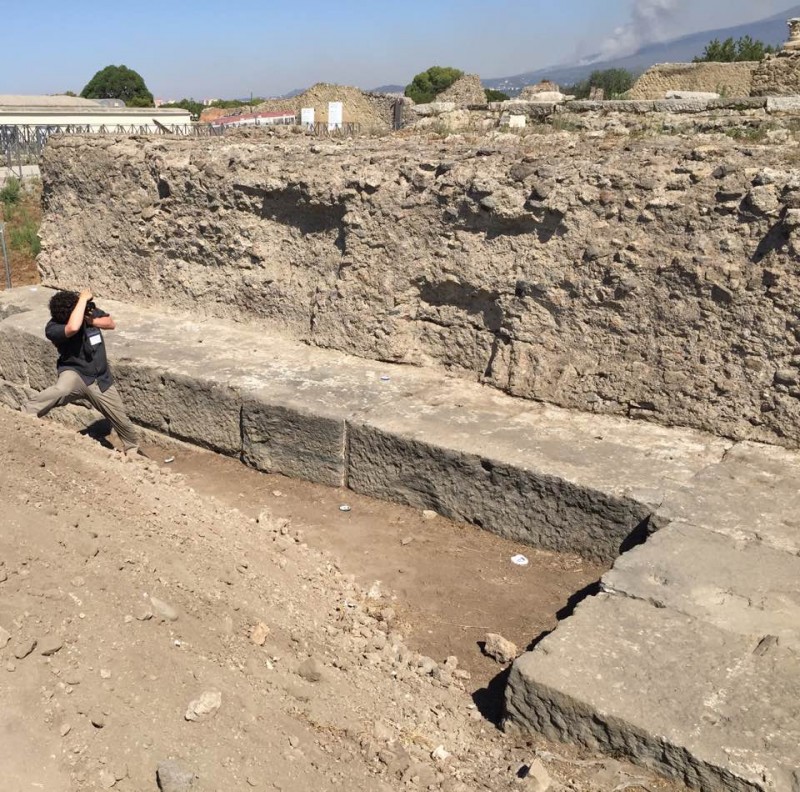 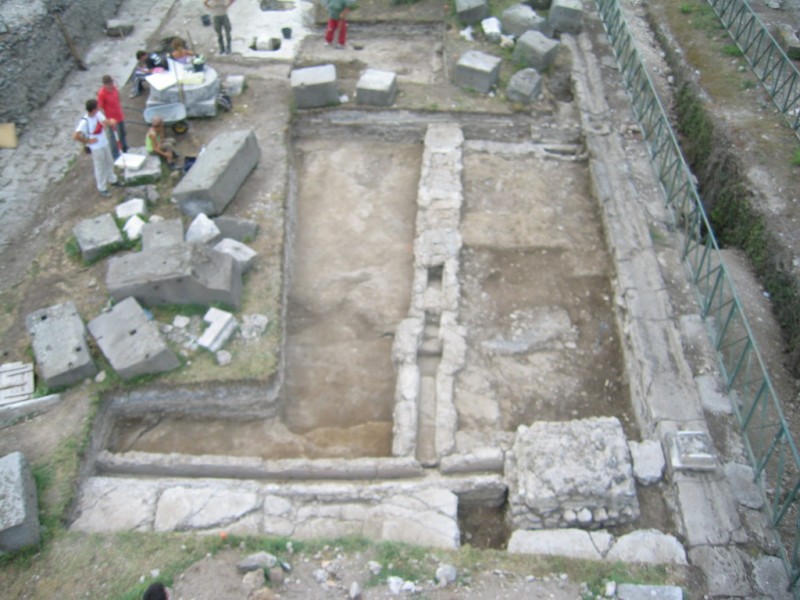 The strategy for the pilot season was to begin the 3D survey of the temple podium and to re-expose one of the trenches previously excavated in the temple court. Curti’s Trench II South was chosen because it had already revealed architectural evidence predating the construction of the east portico. It had also provided a complete sample of the sequence of occupation of the open court, including direct stratigraphic relationship between its various floors and the foundations of the east colonnade. The first objective was to capture 3D data from standing features and exposed stratigraphic sections, ingesting the existing descriptive record in a new database. Secondly, we wished to integrate the old data collecting new evidence from below the levels reached in earlier excavations. In addition, a new trench, Trench A, was opened to the east of Trench II South, so as to test another portion of the construction levels of the east colonnade, and better define the layout of the deeper features found under the court floor in the adjacent areas. The ceramic and coin finds from previous excavations were also reanalyzed.

The main results of the 2017 season are these: The pottery from the destruction levels of limestone opus incertum structures that stood in the area before the construction of the triporticus (as documented in Trench A) has a late 2nd to early 1st c. BCE chronological range, but metal finds from the upper fills include a coin that provides an early 1st c. BCE terminus post quem, as well as frequent lead slingshots in secondary deposition. These objects are usually linked with the 89 BCE siege of Pompeii, and were found by Carroll, too, in her trenches. A Sullan date for the completion of the triporticus seems therefore likely, although it cannot be ruled out that the demolition of the pre-existing buildings to make room for it had begun in the first decade of the first century BCE (incidentally, it is worth recalling that the sanctuary of Venus was part of a much larger project of urban redevelopment affecting this sector of Pompeii).