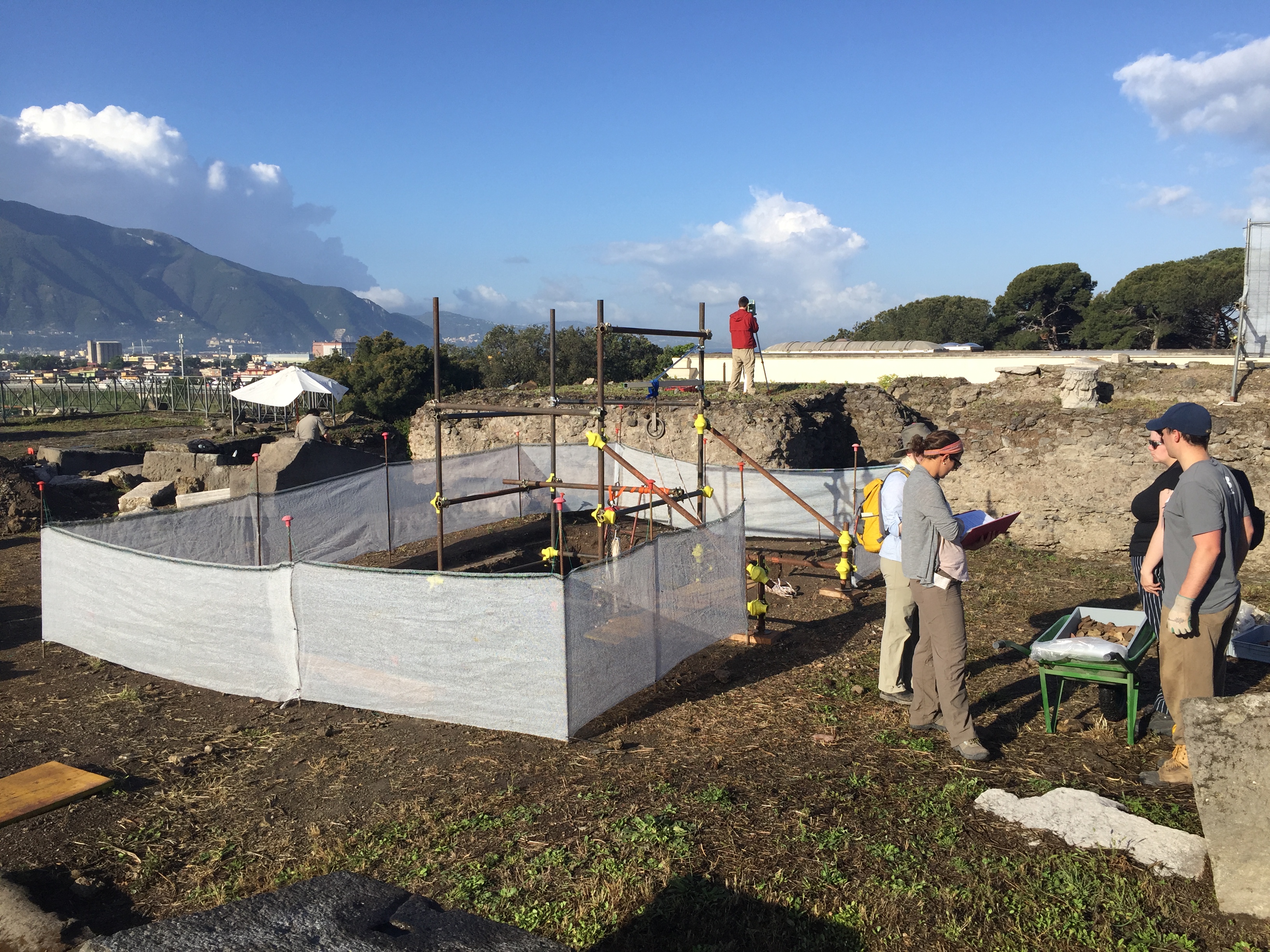 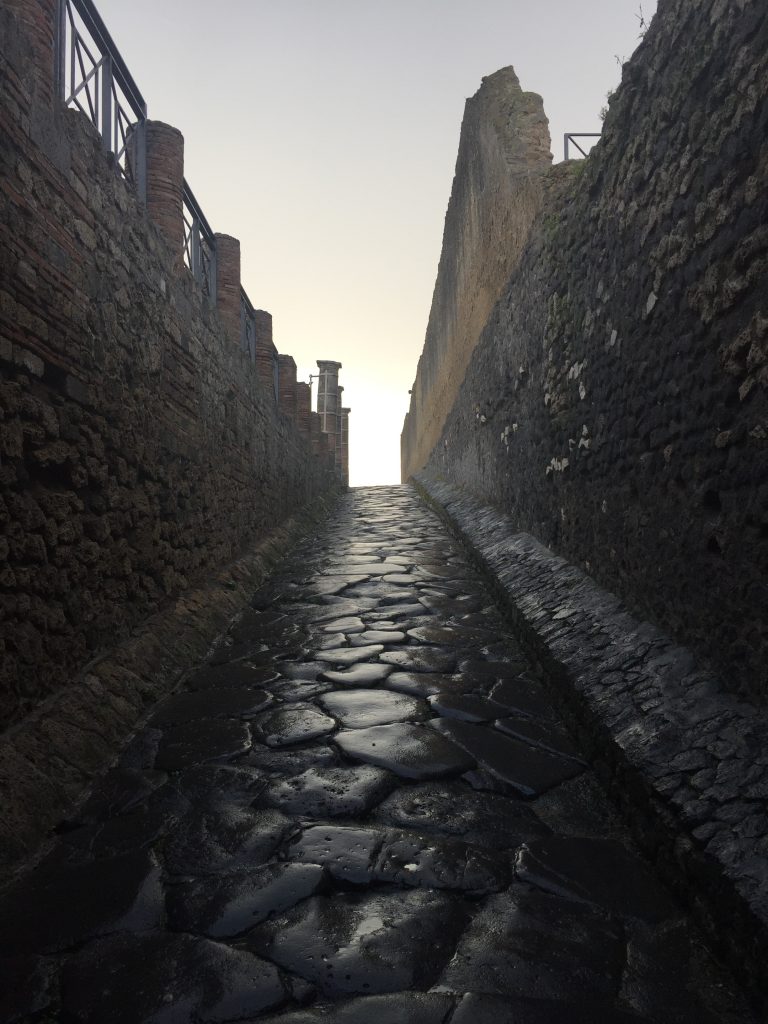 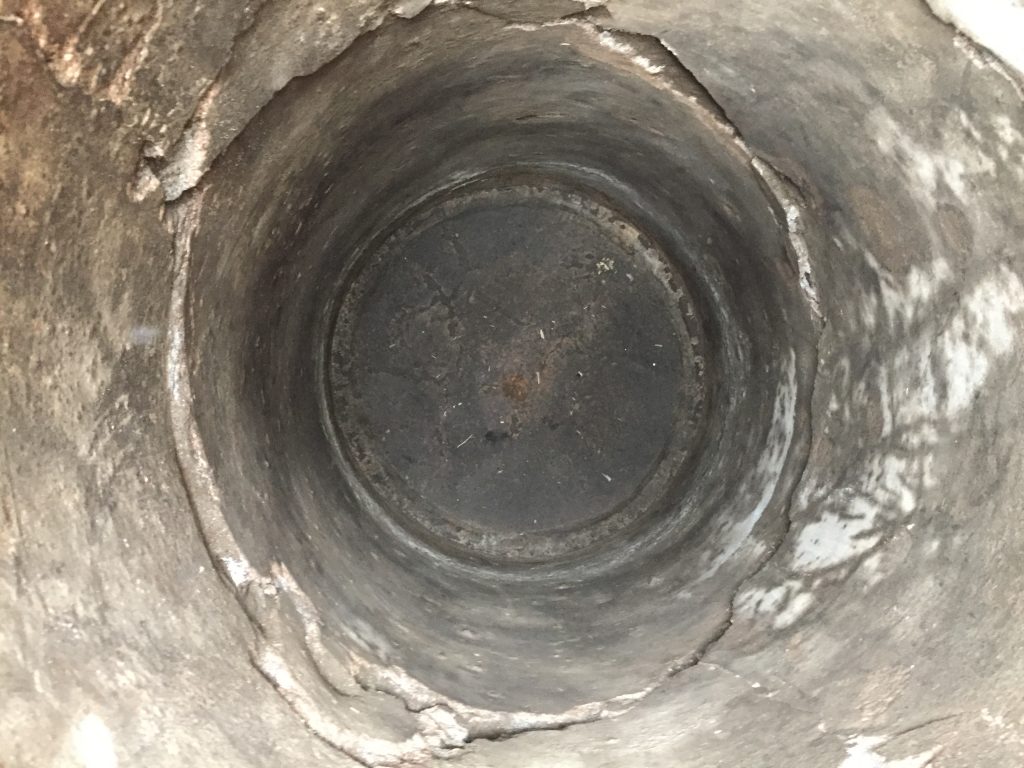 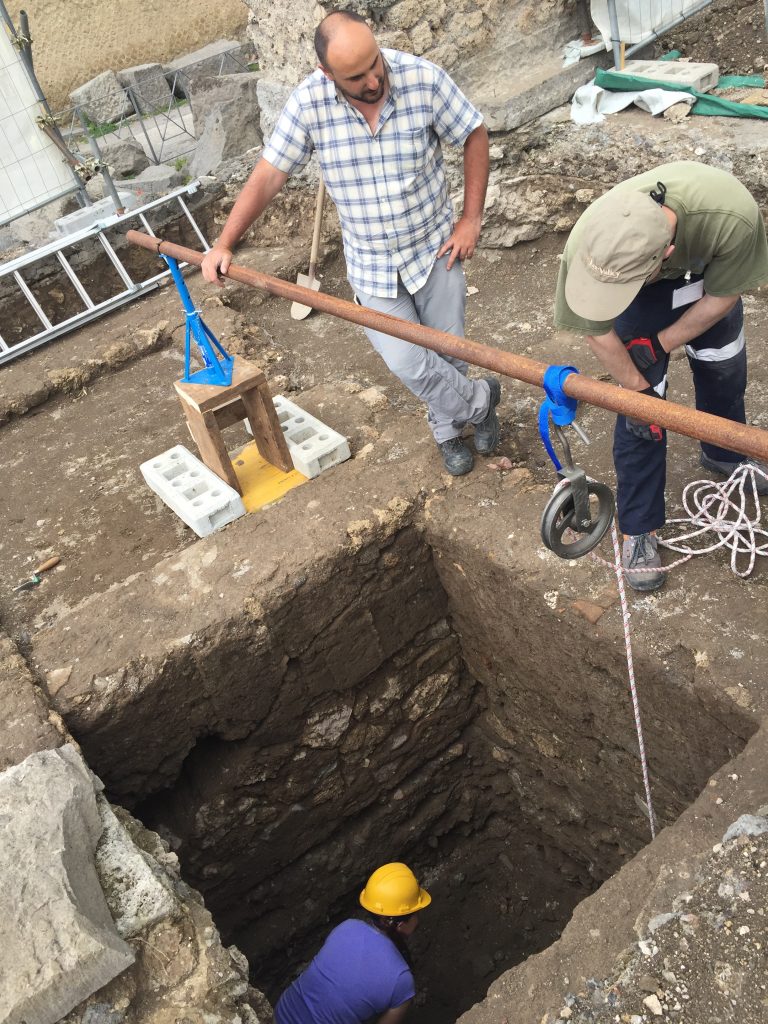 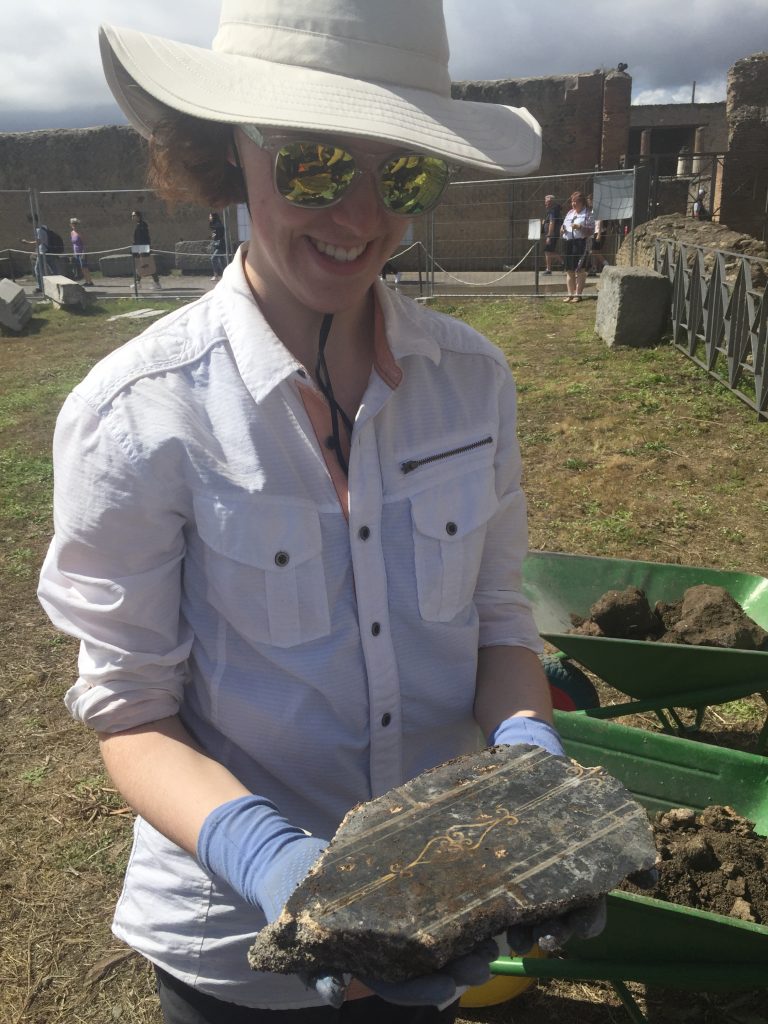 Bad weather during Week 2 (May 27th-June 1st) slowed us down a little, but by the end of the week we were able to gather important results (Figure 1).

In Trench IIS, we completed our first project by fully excavating a structure that we had initially interpreted as the drawshaft of a cistern, due to its round shape and fine cocciopesto revetment. Having installed an elaborate apparatus for safety (Figure 2), we were able to excavate the infill for a depth of approximately 3 meters. Contrary to expectations, we found that the shaft did not lead to a wider underground chamber, but that it tapered into a flat round bottom, whose diameter is slightly larger than that of the mouth (Figure 3). Given the lack of water-related features, the original function of the structure is still debated. It may have had to do with food storage (a silo?). After going out of use, the shaft was used as a trash pit. The deposit contained a hoast of whole (but fragmented) Black Gloss and Eastern Sigillata plates, cooking ware, thin-walled beakers, and hundreds of shells and other faunal remains (Figure 4). The detailed study of these materials will provide precise information about the final stage of occupation of the building that predated the construction of the triporticus and temple.

In Trench IVN, we continued to remove the backfill from one of the trenches sunk in the temple’s cella in 2005. We quickly reached the bottom of the old excavation and began to re-survey the interior face of the retaining wall of the earliest podium and the walls of one of the concrete boxes that supported the cella floor. A portion of the thick layer that leveled the ground below the podium with building debris was still preserved (Figure 5), so we resumed excavation of the stratigraphic unit with the goal to complete the analysis of the construction sequence.

In Trench C, we collected more fragments of the Third Style decoration from the Julio-Claudian phase of the E portico (Figures 6, 7) and came down to the surface from which the Flavian precinct wall was built. Thus, we could see that the foundation trench for the opus reticulatum wall appears cut through the preparation of the Vicolo di Championnet, whose basalt pavers had been removed.

On May 30th a group of students from the University of New Brunswick led by Prof. Thomas Goud visited us for a behind-the-scenes tour (Figure 8). All visitors are welcome, so do get in touch if you plan to be in Pompeii and wish to see the site!