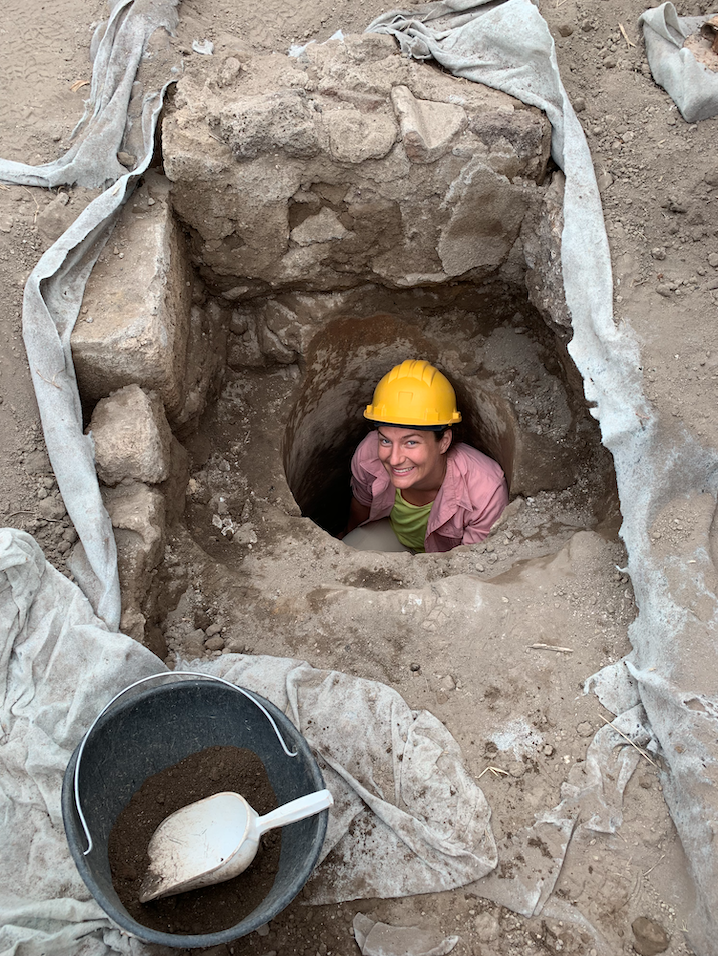 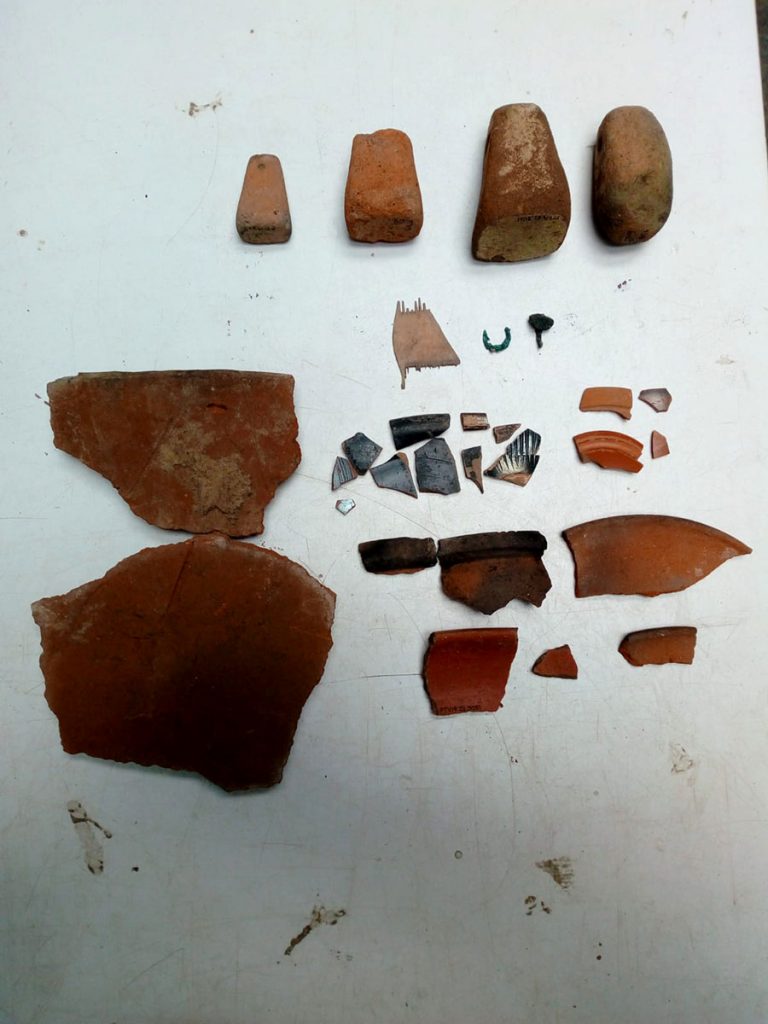 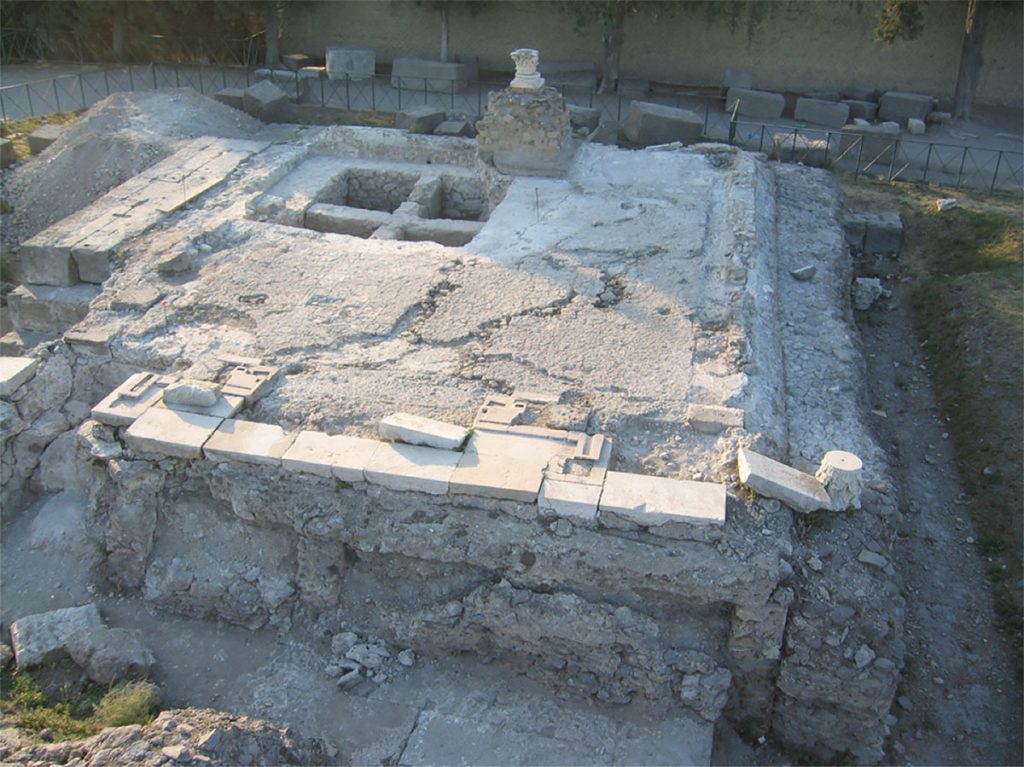 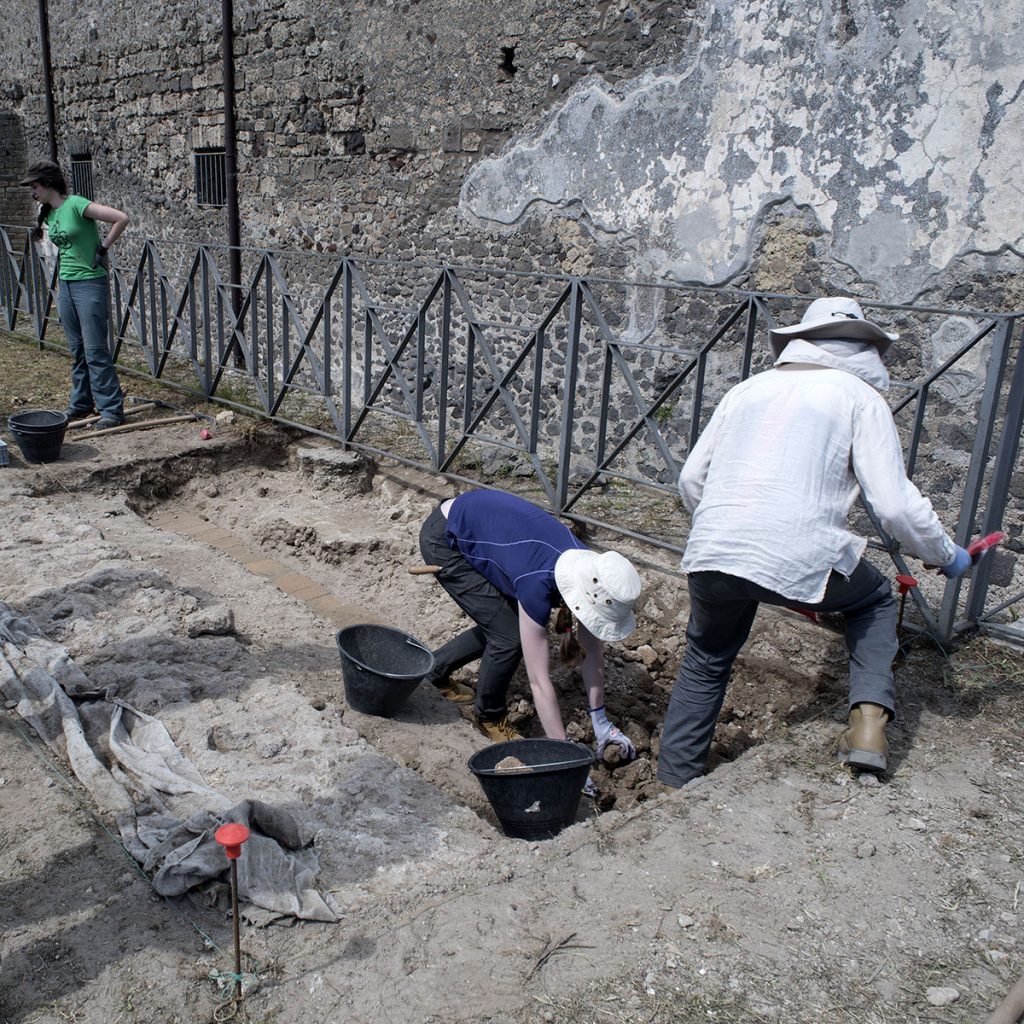 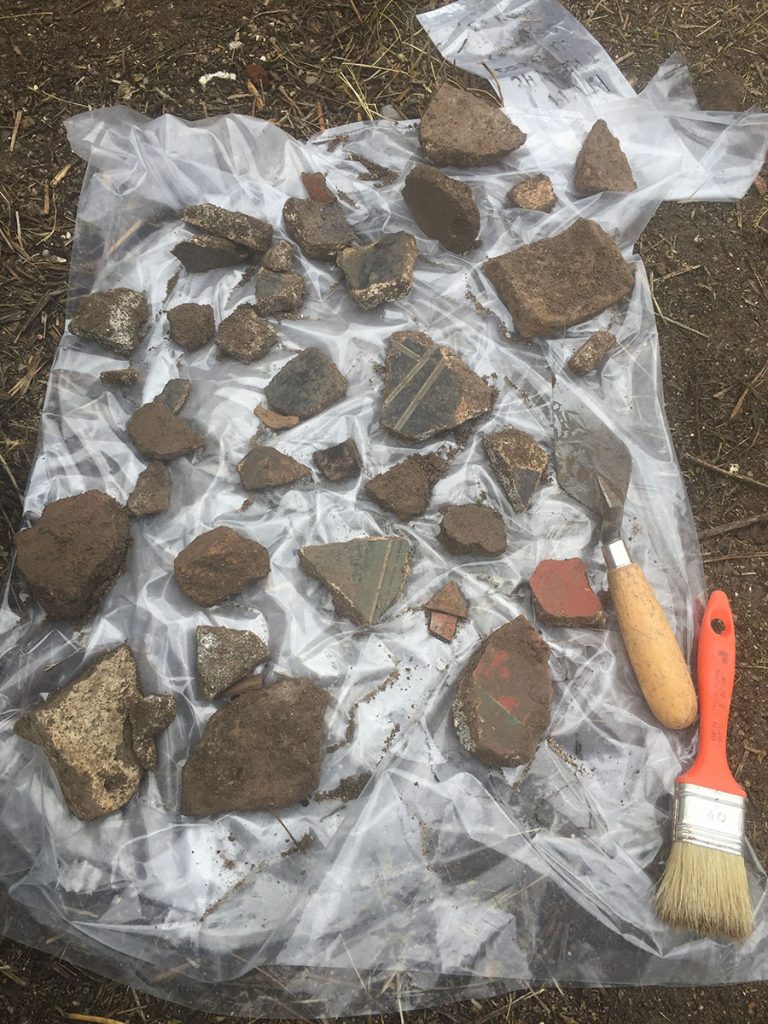 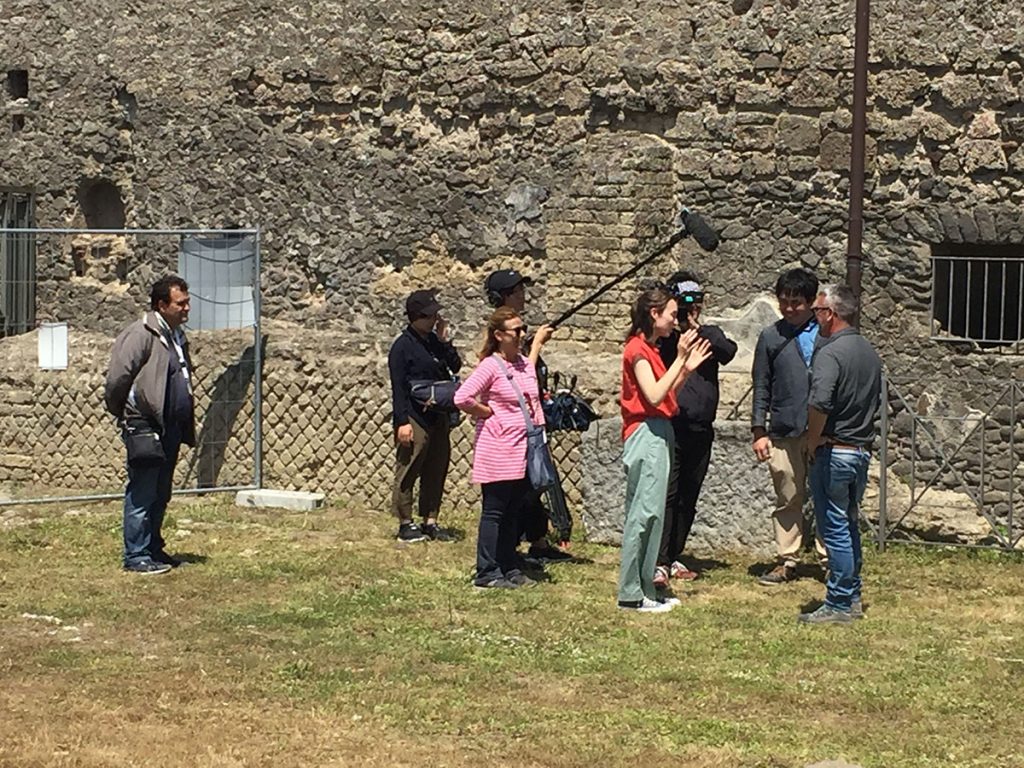 The VPP team is back on site for its third consecutive season of study and excavation in Pompeii. A group of 20 students from several Canadian institutions (including 6 returning volunteers) joined senior staff members from Italy and the US on May 20th, to begin work on new projects in different areas of the Sanctuary. The overall goal is to continue the 3D survey and documentation of the monument, complementing it with targeted excavation trenches in order to uncover architectural features and stratigraphy dating to the Pre-Roman phase of the precinct and neighborhood. Figure 1 is a general plan of the site showing the location of the trenches excavated in 2017-2018, with the main areas where activities will concentrate in 2019 indicated in red.

In Trench IIS, Samnite-era structures were investigated below the porticoes and open court of the Roman temple in 2018. West of a north-south street reaching the intersection of Vico dei Soprastanti with Via Marina, later obliterated by the construction of the monumental sanctuary, we documented part of a structure with at least two rooms that likely faced onto the street. The southern room was found to contain a subterranean cistern, closed by a slab of Sarno limestone, in turn covered by a hearth (see Pompeii 2018: Week 4, Figure 6). This week we have removed the backfill from last year’s excavation, exposing the mouth of the cistern in order to dig its undisturbed fills (Figure 2). Our strategy is to collect pottery, small finds, and ecofacts through integral screening and flotation (with the assistance of the Laboratorio di Ricerche Applicate of the Pompeii Archaeological Park), with the expectation that these materials will provide useful information about the sequence of abandonment of the building that originally occupied the block, and more clues about its function. From the top layer sealing the feature we have recovered loom weights, a worked bone comb, coins, as well as remains of sea urchin (Figure 3).

Having completed the photomodeling of the sides of the temple in 2017-2018, we are launching a new phase or digital recording of the cella (Figure 4). As part of this project, we are reopening Curti’s Trench IVN in order to expose the concrete boxes that supported the interior floor of the cella, down to the construction levels of the podium (Figure 5). Our aim is to resume the excavation of the construction fills and reach the Samnite-era horizon, approximately 4 m below the cella.

Finally, a new excavation area, Trench C, has been opened across the east boundary wall of the precinct to reveal the original organization of the Vicolo di Championnet, which separated the Sanctuary of Venus from the Basilica, thus producing a complete cross-section of the east sector of the site. Below the modern service infrastructure, the first feature to be excavated is the construction fill of the Flavian phase in opus reticulatum (Figure 6), mostly consisting of rubble and building debris obtained from the destruction of the Julio-Claudian porticoes (Figure 7).

On May 23, a crew from the Japanese channel TBS, led by producer and director Nobuhide Abe, visited us to film activities (Figure 8). Our project will feature in their special program on Pompeii for the documentary series “The World Wonders Discovery.” Field Director Ivan Varriale was interviewed on site to present on various aspects of VPP and its relevance to Pompeian archaeology.